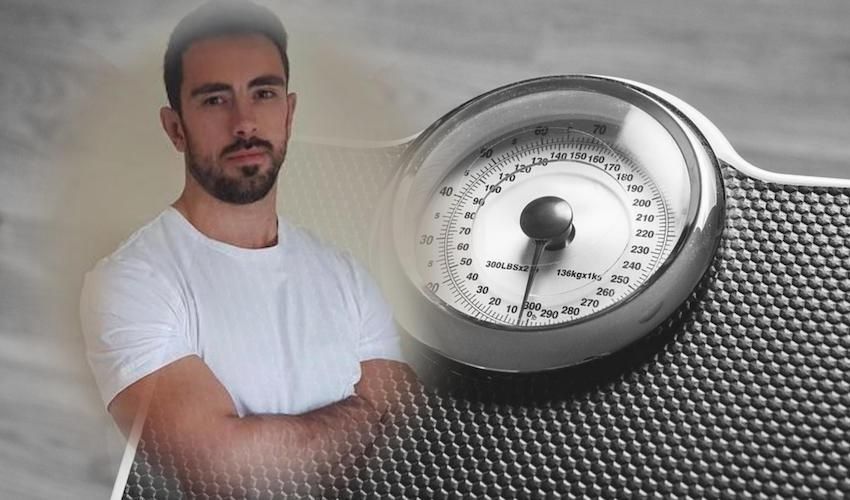 A local personal trainer who took social media by storm with news that he had managed to lose a stone in a day isn’t done debunking weight loss myths.

Michael Cañas is using the experiment where he shed 6.6kg within just 24 hours to educate people about the difference between weight and fat loss.

In his first column for Express, Mike makes it plain that for healthy and long lasting changes to the way your body looks and feels – there’s no ‘quick fix’…

“The interest generated from me losing a stone in one day shows that a lot of people were intrigued by why and how I did it.

Let me break it down simply…

Fat is lost through exercise and eating right, whereas, weight is lost by depriving the body of something – namely nutrients or water. Obviously there is some overlap, because if I had lost 6.6kg of fat during my experiment I would of course also be a stone lighter, but the fact is I lost a stone in water and salt essentially – zero fat!

I changed my weight by nearly seven kilograms without altering my fat at all and I was in very bad shape by the end of it to show that numbers on the scale actually give no indication as to how much/little body fat you have. If you’re looking for beneficial aesthetic and physical change, the amount of fat is what you need to monitor. 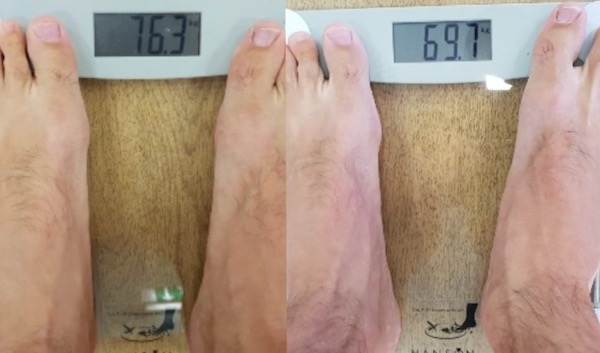 Pictured: Mike says that the numbers on the scales don't give a true representation of your fat percentage.

The sad truth is that burning fat is much harder than shedding water and salt weight – despite what various ‘quick fix’ remedies will have you believe. Making you obsess over your weight is how certain companies sell fad products that do nothing except starve you and compromise your health.

The ‘quick fixes’ that won’t fix anything…

Here’s a few red flags to watch out for to separate the ‘fad’ from the ‘rad’ when it comes to so-called health products. I’m not going to mention any names, but here are a few clues. Be wary if…

“Burn fat with this magic belt/top” …really? That’s like the people who think electrocuting their abs will give them a six-pack. Sorry, but the sportsperson who is telling you that is being paid mega bucks to put his/her integrity in the bin until the cheque clears!

All these ‘quick fixes’ may show weight loss results in the short-term, but guess what? In month two – the pounds will pile back on with interest.

The reason these shortcuts won’t give you the results you want is because no knowledge was gained. You didn’t learn how your body works; you decided to forego learning about the basics of nutrition, physiology and psychology to instead listen to some Z-lister who was paid to tell you that this product is magic.

Now I am being blunt here and I do know that most people reading this will have been duped at one point or another - I was even tempted in my younger days. And it’s understandable given these products have serious marketing money behind them… how else do you think they can pay everyone from the world’s top footballers to reality TV ‘stars’ to endorse them?

Pictured: The PT advises those who want to see long-term changes to their body not to fall for fitness 'fads'.

Often, the decision to partake in these fad products is made emotionally and not logically and this is what these companies aim for; the wording and marketing is designed to prey on those emotions and resultant self-esteem issues.

They promote an impossible dream: “Consume our products and the basic science of energy balance will stop applying to you, as long as your money is in our account!”

I might have adapted that message slightly, but it shows how even smart people can be thrown off the scent of common sense.

Remember it’s about how we address it. We can’t solve a physical problem with an emotional reaction, meaning we need to fight fire with fire: if your goal is to reduce body fat you have to lower the amount you eat and increase the amount you move.

As tempting as it is feeling sorry for yourself or hard done by will only serve to compound the negative effects.

Think of it this way…

If you want a promotion at work do you trawl the internet for a shortcut? Do you use an emotional rationale to justify why you’re not progressing? Or do you just knuckle down and put the work in?”

The views expressed in this article are those of the author, and not of Bailiwick Express.