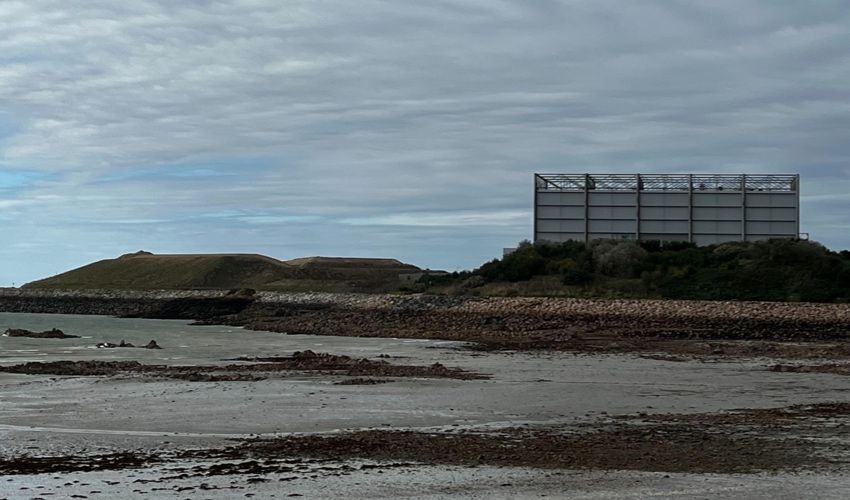 Dealing with a large mound of building waste at La Collette - which continues to grow without planning permission - is a "matter of urgency", according to the Infrastructure Minister.

Deputy Tom Binet confirmed in the States Assembly on Tuesday that his department was urgently looking at different options to process building waste, which is increasing in volume as more homes and offices are built, and old ones demolished.

St. Martin and Grouville Deputy Steve Luce, a former Environment Minister whose membership of the Planning Committee has continued this political term, asked if the Minister felt it was right that his department continued to add to the mound, despite a six-year-old planning application still not being approved.

"We are in a very difficult situation"

Deputy Binet replied: “We are in a very difficult situation; we are in a housing crisis and are building as many houses in the island as we can.

“There is a lot of construction going on, and that requires a lot of demolition. Demolition requires the inert waste to be processed. Presently, there isn’t anywhere else for it to be processed. Sadly, we have no option but to process it at La Collette.

“We are working as a matter of urgency to find alternative ways of dealing with it.”

Last May, the Planning Committee – a group of States Members who assess major and controversial applications – decided to defer a decision on whether to approve or reject an application, first submitted in 2016, to create a man-made headland at La Collette, which was to be formed by filling the surrounding areas with waste ‘cells’ in a series of layers.

In 2000, the Assembly had approved the creation of a headline on the eastern side to screen the incinerator, which would contain ash waste from the plant.

The later application was to create a new headland to the south on land known as the Phase 2 Reclamation Site at La Collette. 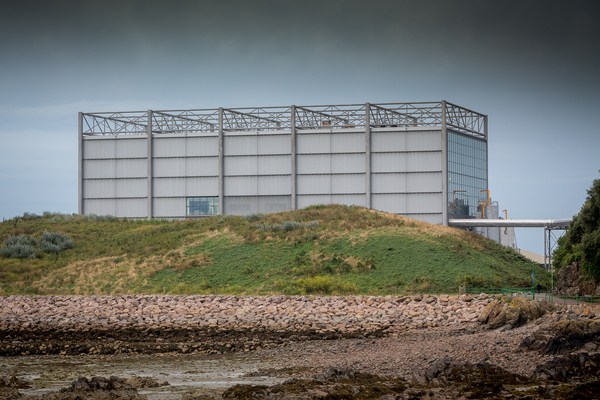 Pictured: A mound to partly screen the incinerator was approved by the States in 2000.

Back in 2016, the primary source of contaminated waste – requiring it to be stored in specially lined pits – was still bottom ash from the incinerator; however, that later expanded to contaminated waste from other sites, including the International Finance Centre, so Infrastructure put the application on pause pending a review.

The application was resurrected earlier this year. It asks for permission to build a northern ‘landform’ 380m long, 200m across at its widest point, and 27m high, or 40m above existing ground level.

The southern mound would be 250m wide by 75m wide and up to 16m high, or 20m above ground existing level.

The height of the headland, as of last May, was 15m, or 29m above ground level.

Since the submission of the application in 2016, a new hazardous waste cell called ‘Cell 38’ has been built, which was needed to store large volumes of contaminated waste from the Waterfront, which in turn had been dumped there when the ‘West-of-Albert’ reclamation took place in the 1970s and 80s.

Contaminated waste has come from the IFC and Horizon developments.

Assuming the full Waterfront redevelopment goes ahead, which will be assessed at a planning inquiry later this year, the timescale to fill, cap, restore and finish the headland is five to 10 years. 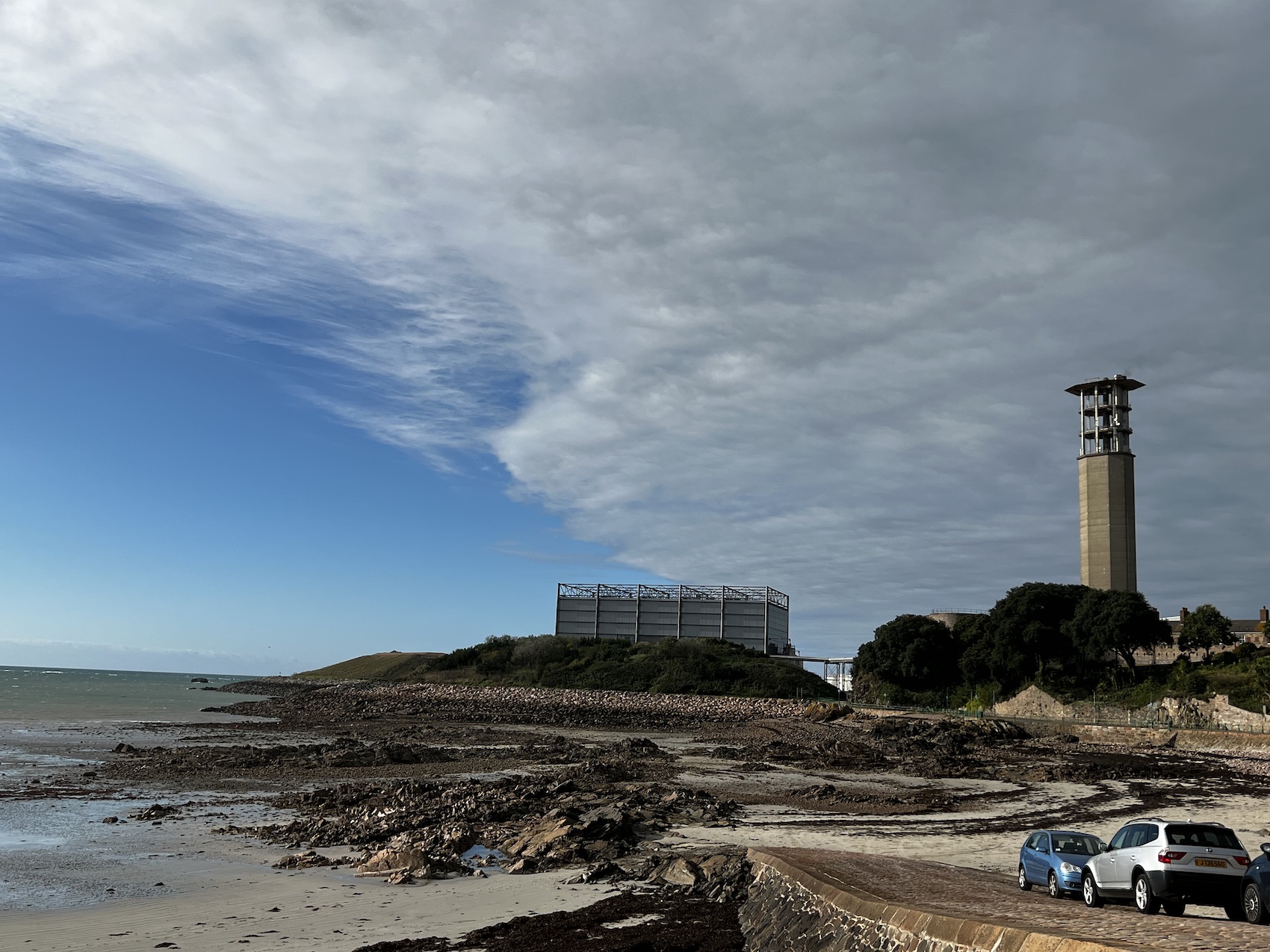 In April, just before the application went to the Committee, a planning officer recommended that the 2016 application be approved.

The officer wrote: “Given the finite resource at La Collette, other alternative solutions are being explored to receive the island’s inert waste.

“However, the headland will remain an operational waste management facility until it is capped and restored and will continue to receive waste associated with development proposals island wide.

“It is anticipated that once completed, sections of the headland will be opened up for public use and it is incrementally capped and restored (subject to approval […])

“This will enhance the character and appearance of the area by screening the industrial facility, especially from the coastal side.”

However, the Planning Committee wanted more information before deciding on the application.

Video: A closer look at the La Collette mound.

The minutes of the meeting state: “Having considered the application, the Committee decided to defer consideration of the application pending the receipt of up-to-date drawings; details of the proposed landscaping for the site, which should be of a high quality; and confirmation of which elements would require retrospective applications.

“Due to the length of time since the original submission of the application, the Committee requested that it be re-advertised with a description which accurately reflected the retrospective elements of the development.”

The matter has not yet returned to the Committee.

Under the Bridging Island Plan, which was approved last March, La Gigoulande Quarry in St. Peter’s Valley has been approved as an inert waste site - however, that has not started yet.

Non-contaminated inert waste is currently dumped at ‘Phase 3 La Collette’ although a growing percentage is recycled by a private contractor, who has invested £3m in new processing equipment.

INSIGHT: The mystery of the growing mound

Posted by IanSmith97 on Oct 5th, 2022
You do something to your own property without permission and you are taken to task. Great mounds of builders’ rubbish can grow like Topsy without permission and nothing is done to them.
Posted by Scott Mills on Oct 5th, 2022
how convenient...and very obvious. Last week the marina is need to grow and expand (reclaim hint hint. Now we have a mound of whatever it is, without planning permission (I'm in process of applying for one for my compost heap). Now wonder where this will end up. People remember when the horizon project which required piling to support the buil
ding. Didn't they end up releasing all the good stuff from such material waste, and polluting the marina. Anyway good luck if you are going to use that stuff to reclaim land.
To place a comment please login Login »

The mystery of the growing mound