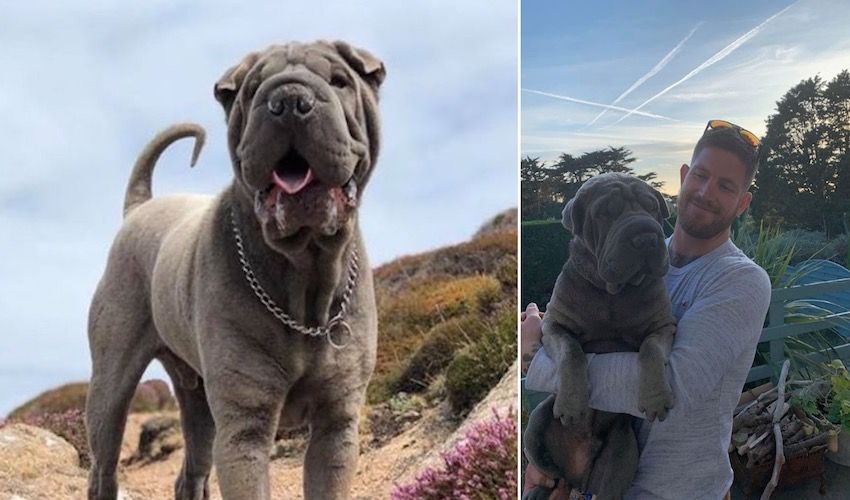 A “gentle” Sharpei who was on the loose around the Noirmont area has been found in someone’s garden – to the relief of his owners who were frantically coordinating a search for their beloved dog.

Hendrix went missing whilst his family were away in the UK, but he has now showed up in someone’s garden and was “deliriously happy” to be reunited with a familiar face after roaming around the island by himself all night.

His owners turned to social media to help spread the word of his escape, and urged islanders to get in touch if they had any information. 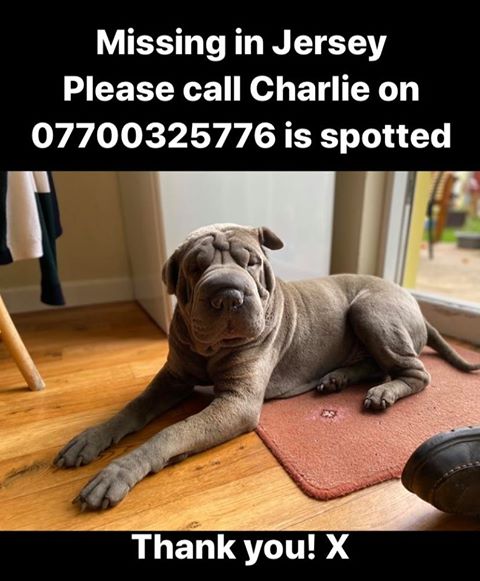 Pictured: The owners appealed for islanders to keep a lookout for Hendrix.

Now he’s been found, the sharpei’s family have expressed their gratitude for everyone’s help in searching for their furry friend.

Hendrix went missing on Tuesday (26 November) at around 16:00 and was then spotted at Bel Croute an hour later at 17:00 followed by sightings at Noirmont Estate and St. Brelade’s Park estate at 21:00.

One of his owners posted: “Thank you all SO, SO much for all the amazing help, endless shares and just incredible community support and care.”

Hendrix was apparently “soaked through” after going missing on Tuesday (26 November) around Noirmont and is now heading for a relaxing “hot bath.”

His family – the Campbells – were in the UK when their dog went missing whilst on a walk, but they were co-ordinating the search for Hendrix on social media. One of their posts about the missing dog racked up over 770 shares.

Posting on Facebook, one of his owners Sophia Campbell wrote: “He’s a harmless boy and if it’s dark you’re more likely to hear him grunting before you see him – try and let him come to you rather than trying to catch him or he will dart off.”

She added: “He should have a red harness on… he’s the gentlest boy but frightened and nervous around new people.”

Sophia gave a few facts about Hendrix to help in the search:

Pictured: Hendrix has now been found.

Maja Jeromkin, Student: Five things I would change about Jersey