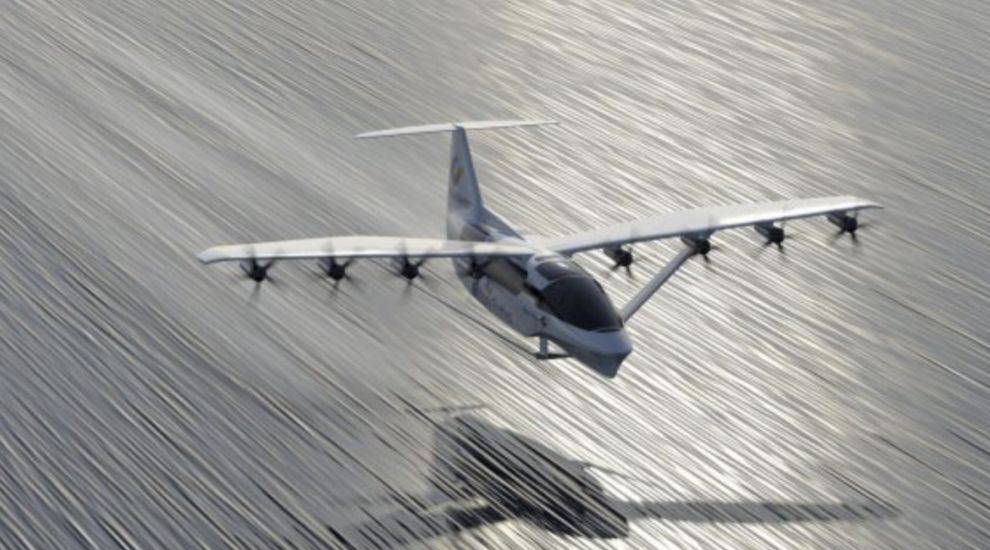 One of Condor Ferries’ backers is developing a new way to carry passengers that combines a ferry with a plane.

Brittany Ferries – which owns 25% of Condor and recently loaned the company one of its vessels – has signed a deal which would see ‘seagliders’ with a 50 to 150 passenger capacity sailing between the UK and France by 2028.

The concept, which is under development in the United States, is to transport passengers an electric-powered craft that harnesses ‘ground effect’ - the cushion created by high-pressure air trapped between wings and the ground or water while flying at low altitude.

Following departure from port, the craft rises on foils insulating passengers from wave discomfort. In open waters, it takes off, riding the air cushion all the way to its destination. 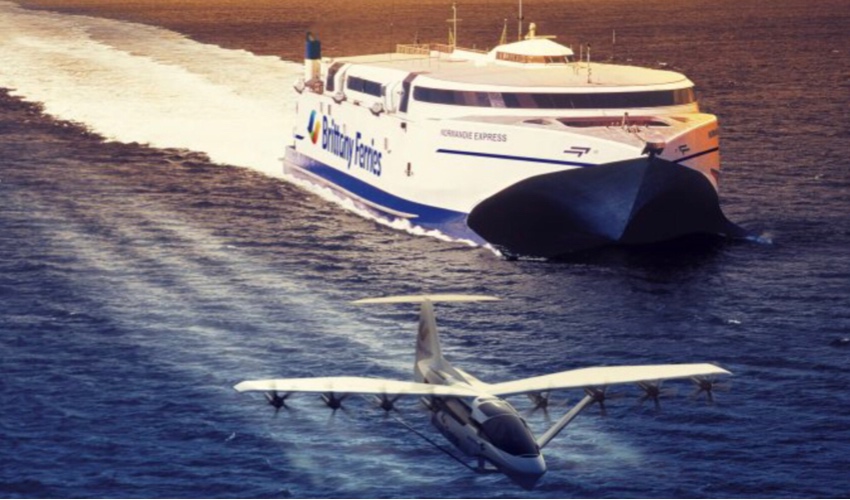 Pictured: The craft are expected to fly at speeds of up to 180 mph.

Wing-mounted propellors provide the thrust to take to the air at low speeds, while electric motors regulate air flow over wings while riding the air cushion.

The craft are expected to fly at speeds of up to 180mph – six times faster than conventional ferries – with a battery-powered range of 180 miles.

The voyage from Portsmouth to Cherbourg, for example, could be covered in as little as 40 minutes.

The company developing the idea, a Boston-based firm called Regent, expect the first commercial passengers to travel on smaller electric craft by 2025. 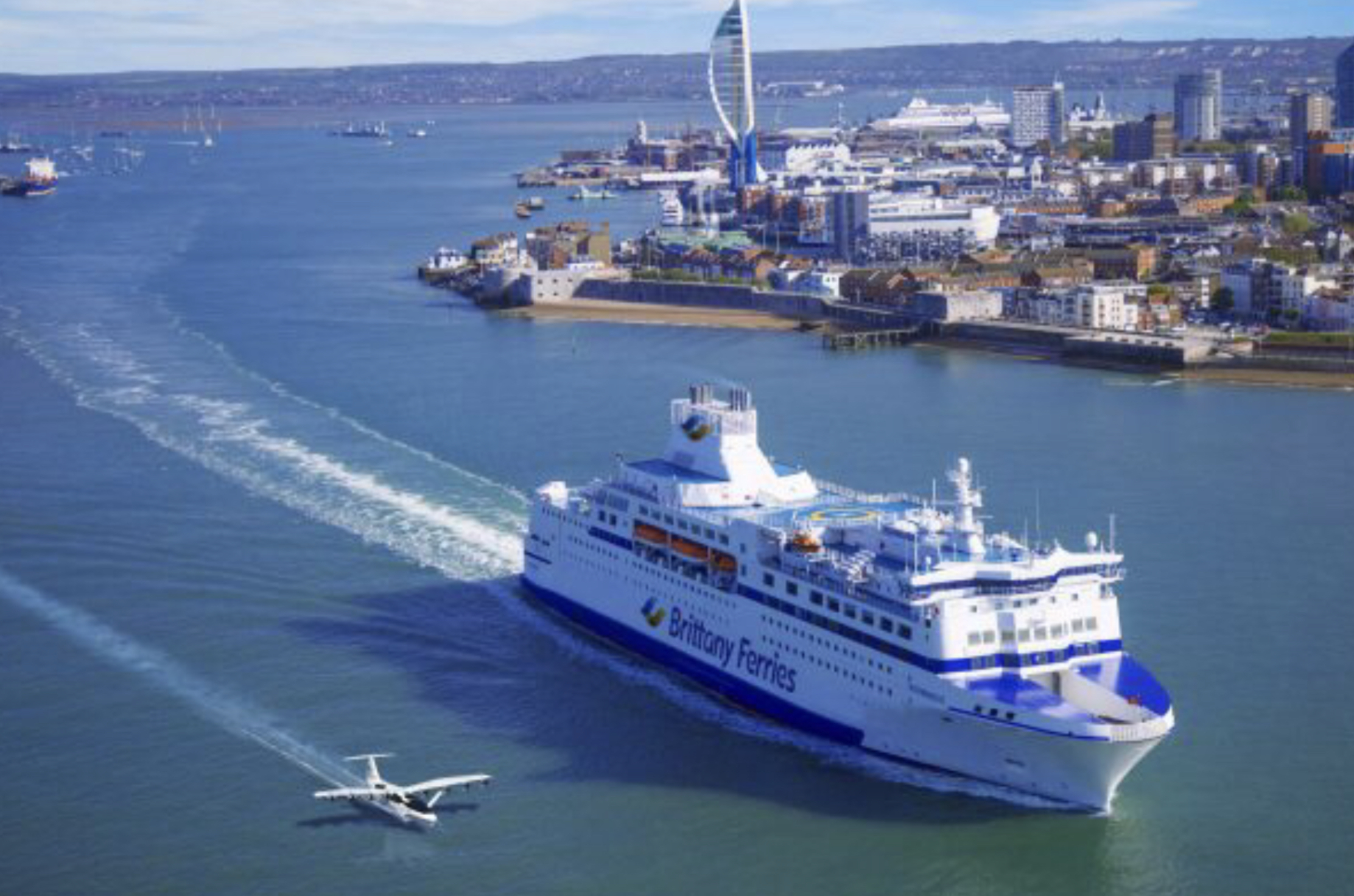 Pictured: The seagligers would cut the crossing from Portsmouth to Cherbourg down to 40 minutes.

Frédéric Pouget, ports and operations director for Brittany Ferries, said: “Seaglider is an attractive and exciting concept and we look forward to working with Regent in the months and years to come.

“We are particularly pleased to contribute now because it means we can bring real-world challenges and potential applications into the company’s thinking at an early stage. We hope this may help bring commercial success in the years that follow. Who knows; this could be the birth of ferries that fly across the Channel.”

Although this would be a first for cross-Channel travel, ground-effect transport is not a new concept and was developed extensively during the Cold War, particularly by the Soviet Union, who built giant ‘ekranoplans’ capable of carrying troops, vehicles and missile systems.

The concept on riding on air is also employed by hovercraft, which use a skirt instead of wings. The wing-concept to provide lift is also used by hydrofoils, which were used by Condor in the 60s, 70s and 80s.