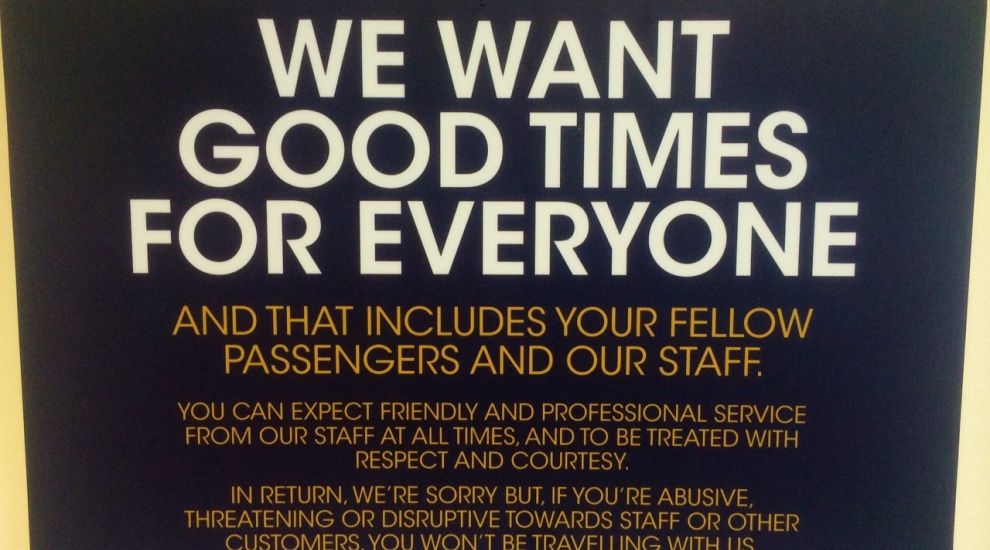 Condor say their staff have been threatened and abused, and that some have been named and subjected to intimidating comments on social media.

The ferry company – beset by problems since it launched its new £50 million Condor Liberation vessel on the Jersey-UK route last May – is putting up posters to remind passengers that abusive behaviour will not be tolerated.

And they say that some passengers have threatened to go to the media with their complaints if unreasonable demands aren’t met. Condor say that means they are now questioning whether much of the criticism they have faced is legitimate or not.

The company also recently announced that they would pay for an independent review to settle the question of whether the vessel is right for the route – they have maintained that it is, but there has been lots of criticism and speculation that it isn’t.

In a statement released yesterday evening, Condor said that the posters were going up around the harbour and onboard their vessels.

They said: “This is following a series of unpleasant events where customers have threatened or been abusive to staff, either verbally or physically. Our hardworking staff do not deserve to be subject to this kind of behaviour.

“We are also distressed to read some of the comments about individual employees which have been circulating on social media and would urge the public to refrain from this sort of intimidation. Disturbingly, many of the incidents experienced by our staff involve customers making unreasonable demands which, if not met, are followed by a threat to “go to the media”, usually with allegations relating to safety. This has caused us to question the veracity of some of the complaints and comments which have been made on social media or to Island media outlets.

“Whilst we recognise that customers are fully entitled to complain when our service falls below standard, and we are working hard to improve punctuality, it is clear that some of the comments which have been circulating on social media in particular are, at the very least, dubious in their authenticity.

“We were concerned that many of the reviews on TripAdvisor may not have been from genuine travellers and so are pleased that many (including “captainbutler”) have been removed by the site.”

Posted by david forde on Jun 12th, 2015
If your staff, and service is rude, and offensive to it's customers. You deserve all you get! You can not stifle criticism on the social media either.
Posted by MichaelMarks89 on Jun 12th, 2015
I have travelled with Condor many times, did so recently and will do so again. In my view their ships are sound safe and sea worthy and the staff behave impeccably and often with great patience when dealing with large parties of school children and inebriated passengers. They are also helpful and considerate to the elderly and handle medical emergencies with obvious skill and training.
To place a comment please login Login »

“Serious and damaging” comments about Ferryspeed in watchdog report