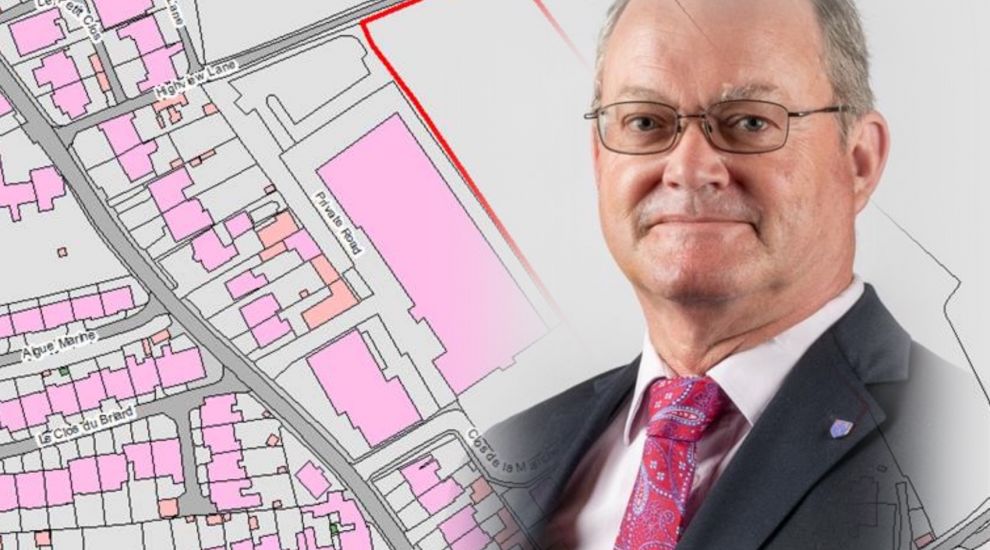 The Parish of St. Helier is planning to push back against allowing a field at La Pouquelaye to become a 'Plan B' housing option - with the Constable claiming "enough is enough" when it comes to "urban sprawl".

The idea to develop Field H1248 was put forward as part of the short-term Island Plan, as a back-up option for housing, should the Environment Minister’s preferred sites fall through.

The proposals could see a potential 40 homes being built.

Speaking about them during a Roads Committee meeting yesterday morning, Constable Simon Crowcroft said that his opposition was "ideological in that it is urban sprawl into the countryside and you have to stop somewhere."

He added: "Enough is enough! We don't want housing estates all over St. Helier's green fields, particularly when they're of agricultural benefit."

Pictured: Head of Infrastructure Silvio Alves commented on the "narrow" nature of the lane beside the field.

On a practical note, the Parish's Head of Infrastructure, Silvio Alves, said that the accessibility to the field - located by the old Channel Television studios - could also be seen as "inappropriate", with its access point being through the "narrow" Highview Lane.

He added that "it doesn't look like an ideal location for development as there's just no infrastructure to get to it."

Constable Crowcroft said the committee would get their officers to submit their comments on the matter to planning inspectors by Friday.

The site is one of 11 replacement sites touted for potential inclusion in the Island Plan. The field could be rezoned if inspectors reviewing it disagree with Deputy John Young's current choices for development.

Although some of fields highlighted in the Island Plan came from a 'call for sites' consultation, which ran for three months starting at the end of 2019, others were added after publication of the draft plan in April - meaning they have had far less scrutiny by planning officers and the public.

The Deputy is now asking independent planning inspectors to assess the merit of his 'Plan B' list.

The public can, also make submissions to the inspectors, sharing views in writing and/or at a series of public hearings being held next month.

Posted by Jon Jon on Oct 21st, 2021
Like it or not st Helier is the hub of the island ,so land around outskirts will need to be used for building.Theres a shortage of housing ,but build first on land not farmed ,on main routes with services close by,not at Le Pouquelaye where access etc is virtually nil.
Posted by Keith Marsh on Oct 22nd, 2021
Constable Simon Crowcroft speaks a lot of sense, St Helier has had enough, and this area is already overpopulated.
To place a comment please login Login »