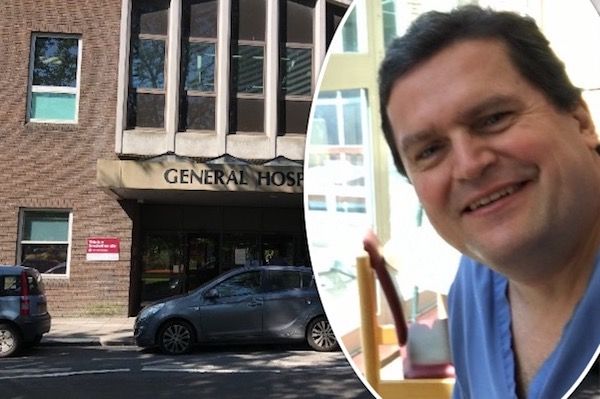 Building a new hospital on the current site could endanger patient recovery, lead to “workforce fatigue” and even force staff to leave, a respected surgeon has said.

The urgent warning came from Consultant and colorectal surgeon Dr Miklos Kassai, who conducts both routine and life-saving operations on a near-daily basis.

Dr Kassai was appointed back in 2013, helping to dramatically reduce the number of islanders needing colorectal cancer treatment in the UK.

But over the past five years he says he has noted a degradation in the state of the hospital, which he believes now needs to be urgently replaced – but not on the current site.

Speaking to Express last week following the launch of a petition in favour of allowing hospital workers a vote on the final site, he argued that the hospital was already “barely fit for purpose, and with the projected growth in population…will be unsuitable in the next few years.” This opinion, he said, was shared by many members of the hospital who feel that building on the current site is not the “fastest” or “cheapest” option. 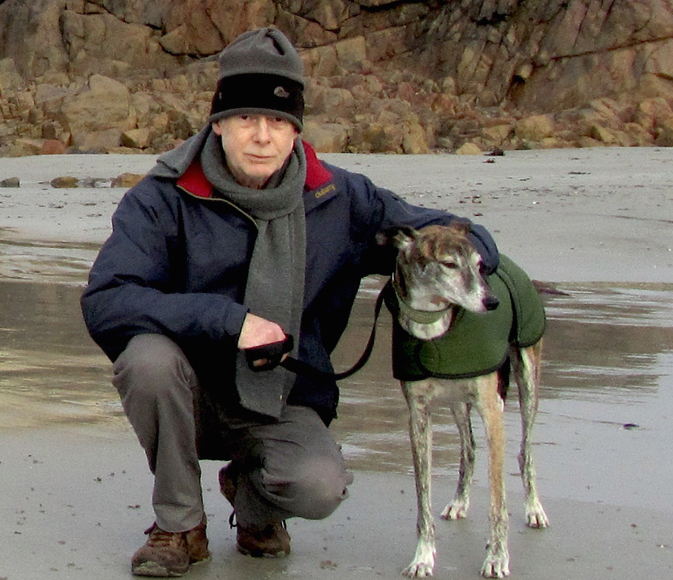 Pictured: Dr Kassai is throwing his weight behind a petition by patient Dave Cabeldu to allow hospital workers a vote on the final site.

Nonetheless, he said that concerns were running highest over the safety of doing so.

The States' current plan is to allow the hospital to remain in operation while the new building is constructed.

“Noise, vibration and dust can and will be minimised or we are told eliminated. However, it is difficult to accept. The fear is that it will be a problem and at that point it will be useless to say I told you so. We will be forced to put up with this as there will be no other way but to run forwards.

“The length of the project is 8 years. It is not only the fact that nobody likes to work on a building site, we are also worried for our patients. They and their visitors need a nice, calm, relaxing atmosphere in order to get better and that is difficult to imagine on a building site,” the consultant commented.

And those risks also extend to the workforce, Dr Kassai explained.

“Workforce fatigue can lead to lapses in care and significant problems with recruitment and retaining qualified personnel. We are struggling with this as it is. It has already led to the resignation of experienced people. Further deteriorating the working environment risks a mass exodus and eventually a serious decline in patient’s care. This problem has been identified as the highest risk in the new hospital project.”

He’s therefore now throwing his weight behind a petition launched by his patient and local campaigner Dave Cabeldu, and is urging islanders and health workers alike to support it. He'd even go one step further, however, by putting the question to all islanders.

“Despite all the above arguments the building can not be delayed much further. We don’t have much time to decide. The problem is that it has been over politicised and full of emotions. The only democratic way I see out of it is to put this question to the referendum... We should identify 3-4 suitable sites (we have them already) and put it to the good people of Jersey to decide.”

In the week since its launch, the petition is already over halfway to securing an official response from the Health Minister, Deputy Richard Renouf, with more than 600 signatures. If it gets 5,000, States members will have to debate the idea.

Posted by S P on Aug 28th, 2018
I think the hospital and its emergency department, operating theater and serious injury depts should remain where it is now in St Helier, and be updated. I think the outpatients and other clinics and all the non serious and non life threatening wards should be moved to Overdale. There is no need to have it all in one place when people are not in danger. All the doctors surgeries are not in one place are they ? Simple. Doctors work all over the World in tin shacks and mud huts. It should not be a neccesity to treat people in a state of the art facility. This is not Cedars Sinai. Its a small Island with one hundred thousand people. We need to update in order to have the necessary equipment here to treat people rather than send then in life threatening situations to Southampton, and this should have been decades ago instead of putting flower troughs down King Street and stupid clocks we dont need. Fort Regent however makes the ideal space for a brand new hospital and everything else. Use it instead of letting it rot. Its an eyesore.
Posted by Jenn Smith on Aug 28th, 2018
I completely concur with the views of the Hospital Consultant that the present hospital is not the place to build a new one but cannot agree with the previous suggestion of the Fort. Forts are positioned for a purpose and the area selected for a reason; they are inaccessible!
Posted by Gillian Gracia on Aug 28th, 2018
I too am in full agreement with Dr Kassai's assessment of the situation, one which I understand many hospital staff also agree with. Dr Kassai is a well respected surgeon and his words should not be taken lightly. More than one of the alternative sites are very suitable, although we have been led to believe they are not. This farce can't continue either for staff or patients.
Posted by William Boyd on Aug 28th, 2018
I really don't care where it it is built just GET ON WITH IT. Although I don't care where it ends up is it really wise to build in, on and around the current site full of patients?
Posted by Debbie Harrington on Aug 28th, 2018
I agree.
But St Saviors is the best place.
If Guernsey can have a hospital in the peace and quiet of the countryside , why can’t we manage that.
Leave Kensington place alone!!
Posted by nigel pearce on Aug 28th, 2018
Well done Dr. Kassai for daring to speak out nearly everyone supports you though I imagine your card will be marked.
Agree with Debbie Harrington re St. Saviour's Hospital as the ideal site except it's been promised to a certain developer.
St. Saviour could accommodate the General plus all the Overdale clinics. All that would be required in town would be a small department to deal with any urgent emergencies before transfer to St. Saviour's.
This would leave the Overdale site free for redevelopment for some type of housing.
Posted by John Carlow on Aug 28th, 2018
Having worked within the hospital for over 30 years I fully agree with the decision to explore differing areas for a new hospital.
I believe that the area around the Normans building would be a perfect position for it.
The car park above would need only nominal changes to upgrade.
The Fort could be used for clinics, again with nominal building changes. Housing for staff around the pool area which could be easily replaced with newer housing.
Norman’s along the harbour would easily be built to support the size of hospital required for an aging population. The views along the harbour would benefit clients wellbeing and visual viewing of the scenery.
I’m sure the owners of Norman’s would love to sell this area.
Ambulances could enter through a basement area to access areas for A&E. Fire and road access would be convenient for all visitors with bus routes available across the road in the bus station.
To place a comment please login Login »