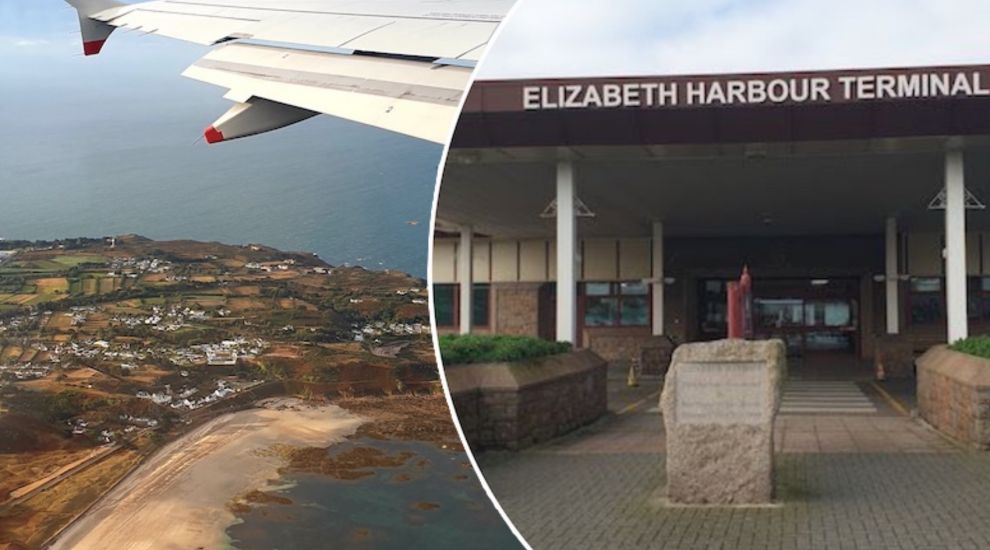 The number of current confirmed cases of covid-19 in Jersey has risen by five over the weekend - with one of the latest a traveller from Poole.

All six cases are asymptomatic.

According to the first statistical release since borders opened on Friday:

Government officials released a statement last night explaining that one individual had returned a positive test result after flying to Jersey from Gatwick on Friday.

Following the latest figures this afternoon, the government revealed that the second traveller with the illness had travelled from Poole.

In a statement, they said: "A passenger arriving from Poole on Saturday has tested positive for covid-19.

"The passenger was asymptomatic, and is isolating at a private residence.

"There were 174 other passengers on the ferry who followed distancing and face mask guidelines throughout the journey.

"Contact tracing has taken place and, as a result, one person has gone into self-isolation."

Borders opened to unrestricted on Friday 3 July after States Members voted in favour earlier this week.

Since then, more than 600 travellers have arrived in Jersey. The government has pledged to provide statistics on the number of arriving passengers and the time taken to process their tests.

Under the new 'Safer Travel' regime, anyone who arrives in Jersey by sea or air is expected to take a swab test for covid-19 on arrival - a process that can take up to three hours - and keep in regular contact with the contact tracing team.

If they choose not to do so, they must instead self-isolate for 14 days.

Posted by Jon Jon on Jul 6th, 2020
Why on earth don't passengers get checked before leaving and coming here, simple ! But the numbers will continue to grow, sooner or later a vote of no confidence in the government coming.
Posted by Sheila Young on Jul 6th, 2020
People should be tested before they are allowed to board ferries or planes. The quarantine system will not work as it will not be policed and as already proven people cannot be relied upon to follow the rules.
Posted by Jasper Klidenengro on Jul 7th, 2020
A number of these cases were detected during screening of the public sector workforce, which is only a small percentage of the island's population. The government figures tell us how many actual people have been tested, only the number of tests carried out. Many of these public sector employees will have been tested more than once. This probably means that more then 90% of Islanders have not been tested, and this means that there are probably dozens of carriers still out there who are without any symptoms, and they are a massive danger to any vulnerable person they meet. We are only 100,000 people, why on earth can our government not test the entire population on a regular basis so that we can be sure that we are free of the virus? Only then should we be importing more people carrying the virus. We are in the hands of a government that seems to care more about money than it does about its own people. Whatever happened to the old principle that 'Salus populi suprema lex esto', the Health of the People is Highest Law'?
Posted by DIANA STOCKS on Jul 7th, 2020
What a surprise.Test passengers before leaving and on arrival.We opened the borders far too soon and I fear the Island will regret that decision.
Posted by Anna W on Jul 7th, 2020
The borders were opened way to soon, as someone else rightly mentioned, the government cares about money more that it’s people. Also interested to know who is paying for all these tests to be done and the accommodation that the government has said they’ll provide. I wonder how many people those who tested positive came into contact with once they got to the island as for some insane reason they weren’t required to self isolate whilst waiting for the test results, you couldn’t make it up.
To place a comment please login Login »