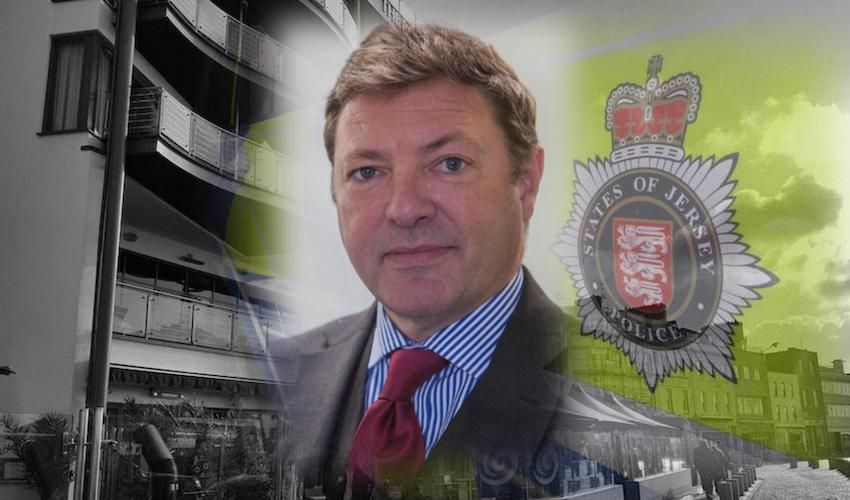 The man arrested and charged over an alleged grave and criminal assault on an elderly man was an experienced local prosecutor, it has emerged.

Police confirmed today that David Samuel Steenson (51) - who is one of the island’s Crown Advocate - a type of lawyer who appears in Court as prosecutor on behalf of the Attorney General - has now been released on bail.

Police said in an appeal for more information that Advocate Steenson, who is partner of his own law firm, Steenson Nicholls LLP, knows the 74-year-old he is accused of assaulting.

Pictured: David Samuel Steenson - charged with the assault - is a Jersey Advocate and a Crown prosecutor of the Royal Court.

With over 25 years of experience in private practice, the 51-year-old lawyer was admitted as a Jersey Advocate in 2004 as well as being qualified as an English Barrister. Although he specialises in complex financial litigation, he is also a prolific criminal lawyer and was appointed as a Crown Advocate in 2015.

A spokesperson for the Law Officers' Department confirmed to Express that while these proceedings are pending, Advocate Steenson will be unable to act as a prosecutor.

Advocate Steenson is due to appear in the Magistrate's Court later this month to answer to the charges.

Pictured: The group met at the Royal Yacht Hotel before the alleged incident took place.

Police say they are continuing their investigations and are particularly keen to speak with three women who met the two men at the Royal Yacht on Tuesday 30 April.

Anyone with further information is urged to contact them on 612612 or by making an anonymous report via the Crimestoppers' website.