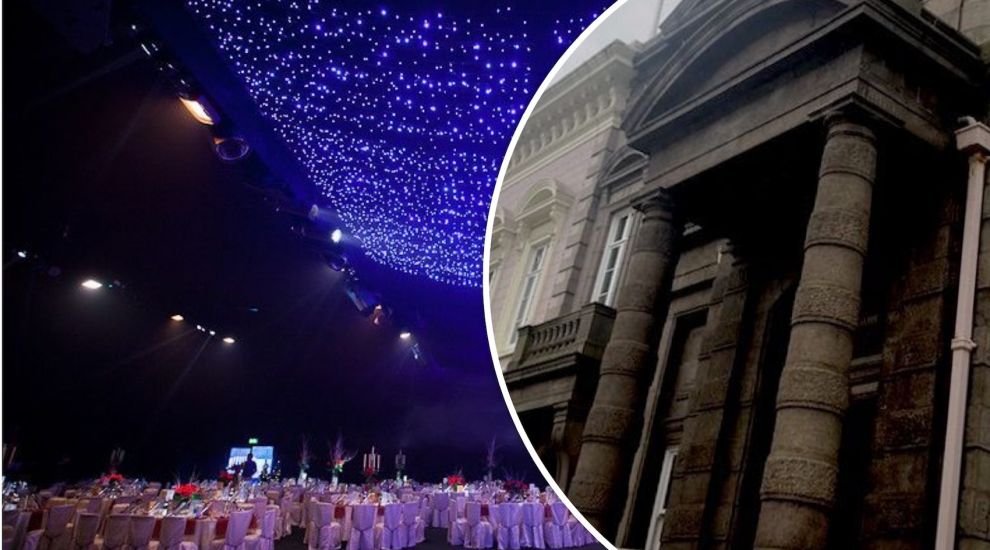 A popular event space used for music festivals and balls has been converted into a courtroom to host physically distanced trials for the next three months.

Around £20,000 has been spent on transforming the Royal Jersey Agricultural and Horticultural Society (RJAHS) building, also known as the Trinity Showground, into a functional court.

The annex building of the RJAHS will be used as the Royal Court, with the main hall and administration building supporting the Jury of up to 12 people, and witness waiting areas as well as the retiring room for the Jury.

While the main focus has been to provide a space to hold Jury trials between now and March, the court may use it for other hearings.

It’s not the first time the Royal Court has been forced to move due to the pandemic.

Last year, Express reported that Hotel Cristina had been transformed into a court to play host to a four-week legal battle between an Australian multi-millionaire and three groups claiming they didn’t get their share of the spoils in a $600m business sale.

Jersey’s Royal Court isn’t alone in having to adapt due to covid-19 - courts across the world have been forced to make changes. Yesterday, a physically distanced trial involving hundreds of suspected members of Italy’s most powerful mafia group opened at a converted call centre.

The transformation of the RJAHS was made possible thanks to the work of the Bailiff’s Chambers, the Judicial Greffe and the Viscount’s department, together with assistance from the Government of Jersey’s modernisation and digital department, Ports of Jersey, Delta Events, Marquee Solutions and the RJAHS support team.

Deputy Bailiff Robert Macrae commented: “Jury trials are continuing throughout the British Isles and it in the interests of victims, witnesses and defendants that we continue to hear their cases.

“The conversion of part of the Royal Jersey Showground to the Royal Court has been achieved in just a few days and has been a good example of prompt, decisive action taken in order to continue the delivery of justice under challenging circumstances. I am confident that those attending court will continue to feel safe and secure.

“I am grateful to all departments and organisations who have supported the creation of this temporary courtroom, ensuring the site meets the needs of all users, whilst maintaining the security and integrity one would expect of a court building.”