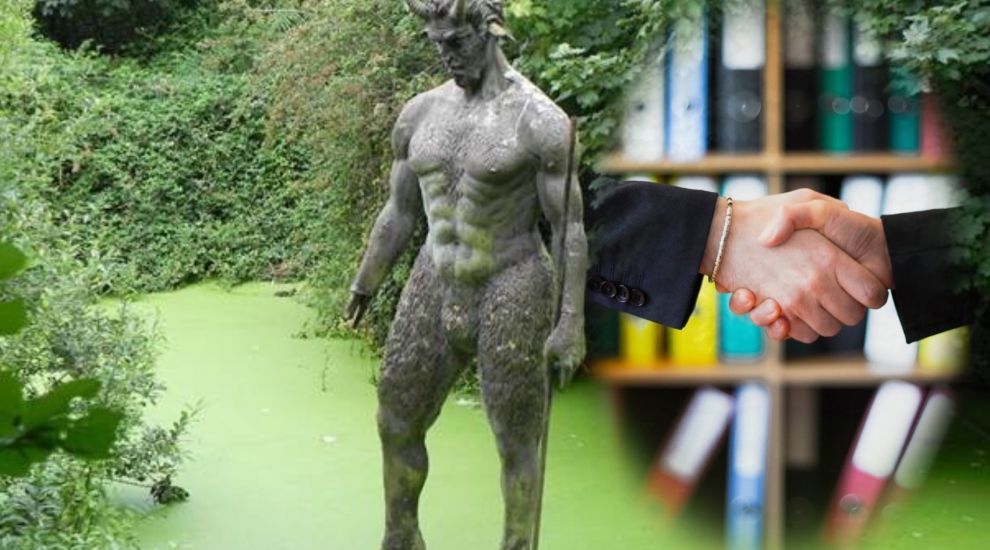 Derek the Devil has found himself a new home after only one day, though where that is remains a mystery…

Though the new owner of the 20-foot statue of Satan wishes to remain anonymous, Randall's Managing Director Gavin Reid confirmed that a “significant” charity donation to the Jersey Cheshire Home had been made, in order to help Derek on his way.

The statue, made as a fibreglass replica backup of its ‘brother,’ who remains by the pond at Devil’s Hole, had been sitting in the Randall’s warehouse for the last ten years.

Pictured: A significant donation to Cheshire Homes was made alongside acquiring Derek.

Yesterday, an appeal was put out on Bailiwick Express to rehome the statue, as Randall's were moving warehouse - and it didn’t take long for Derek's devilish good looks and charm to do their work.

After over 170 comments on the Randalls Facebook page, with plenty of their islanders putting a hand out to make a deal with the Devil, one soul was chosen to give the king of hell a comfy new home.

But whether Derek is now lurking in the depths of Jersey's valleys, or has been taken on the highway to Hell-ier, will have to be left to islanders' imaginations...