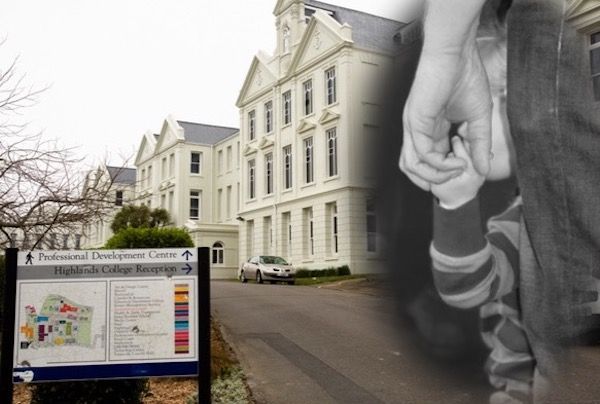 £686,000 in States funding has been invested into helping Channel Islanders train as social workers in Jersey in a bid to plug the skills gap posing a threat to the welfare of the island’s most vulnerable children and adults.

Subject to approval from the Health and Care Professions Council, between 12 and 20 islanders from Jersey and Guernsey will be able to undertake a BA Social Work degree through University College Jersey in conjunction with the University of Sussex from September 2019.

The Independent Jersey Care Inquiry last year warned about the high turnover of social workers on the island and the problem it posed for the island’s youth.

That warning was repeated on the report’s anniversary by Children’s Commissioner Deborah McMillan, who said that some young people had “had 10, 11 or 12 social workers.”

The problem, Children’s Services officials said, was a lack of experienced or appropriately trained local people, which led them to launch a £16,000 recruitment drive for 18 more social workers using UK media last year.

Pictured: The course was partially created to address problems with social worker recruitment and retention highlighted in the Care Inquiry.

Now the States have announced a home-grown solution to ending the island’s reliance on temporary and agency staff.

The new three-year course, which will be based at Highlands College, will involve co-taught classes with Russell Group institution, the University of Sussex, with a 14-week placement in second year and a 20-week placement in the third year.

Students will also be able to experience training in Guernsey or the South of England via a £240,000 bursary fund for travel expenses.

Once the first cohort have finished, the island will have its first ever group of locally-qualified social workers by summer 2022.

Overall, the States are investing £686,000 into the scheme. They say the money will fund recruiting for, developing and delivering the course within the next four years.

Pictured: Islanders will be able to work with vulnerable adults and children on conclusion of the course.

Education Minister Senator Tracey Vallois described the course as a “significant investment by the Jersey government that will ensure that by 2022 Jersey will have its own highly skilled on-island social work training unit.”

She added: “This investment in training will significantly reduce the costs of hiring temporary and agency staff in the future and will hopefully provide continuity in care also.

“We remain fully committed to not only taking on the recommendations of the IJCI, but ensuring that Jersey’s children and young people receive appropriate help and support throughout their lives. Having a stable and highly skilled workforce of social workers is crucial as we seek to protect the welfare of our most vulnerable children and young people in Jersey. The course is for all social workers including those who choose to work with vulnerable adults.”

Steve Lewis, Principal of Highlands College, commented: “Jersey needs a more permanent workforce of social workers, so what better way of going about it than growing our own. I am delighted that we have been able to secure a partnership with a world-class university that has a long-standing reputation for training social workers in England. The model that has been agreed means that local students will benefit from being taught by experienced social work academics and researchers with on-island tutorial support.”

Dr. Russell Whiting, Course Convener, BA in Social Work and incoming Head of Department at the University of Sussex, added that the university was “enthusiastic to be involved in this opportunity to support 'home grown social work' in Jersey.”

“We are keen that Jersey colleagues will be able to shape the course to meet local requirements but at the same time will seek to ensure that course bears the hallmarks of our social work degree - with high standards for admission to a course which emphasises relationship-based practice, is taught predominantly in small groups and draws on the latest research in practice,” he said.

Both school leavers and mature students will be welcomed onto the course, provided they are over 18 and have three A Levels at grades BBC or above. Islanders on household incomes of under £110,000 will have their fees (£9,925 annually) fully covered, while those on income support will also be able to apply and retain their benefits while training.

Rose Parkes, Head of BA Social Work at the University of Hertford, will lead the course and begin recruiting students this autumn.