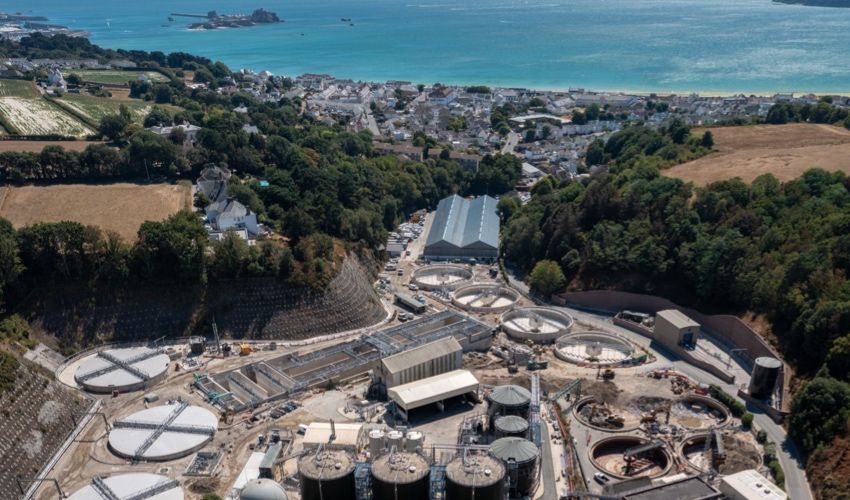 One of Jersey’s largest and most expensive infrastructure projects ever is on course to be completed by the end of next year.

An £88.63m upgrade of the sewage treatment works at Bellozanne is now being managed by the Government itself after the main contractor went into administration last year.

The Government was able to retain many of the key people on the project, meaning that the collapse of UK firm NMCM last October did not cause a significant delay.

The replacement of the 63-year-old plant was initially expected to cost £75m when the project was launched in 2012.

In 2014, States Members approved a waste water strategy laid down by the Council of Ministers, which included plans for the upgrade of Bellozanne.

It was initially expected to be finished by the middle of this year. 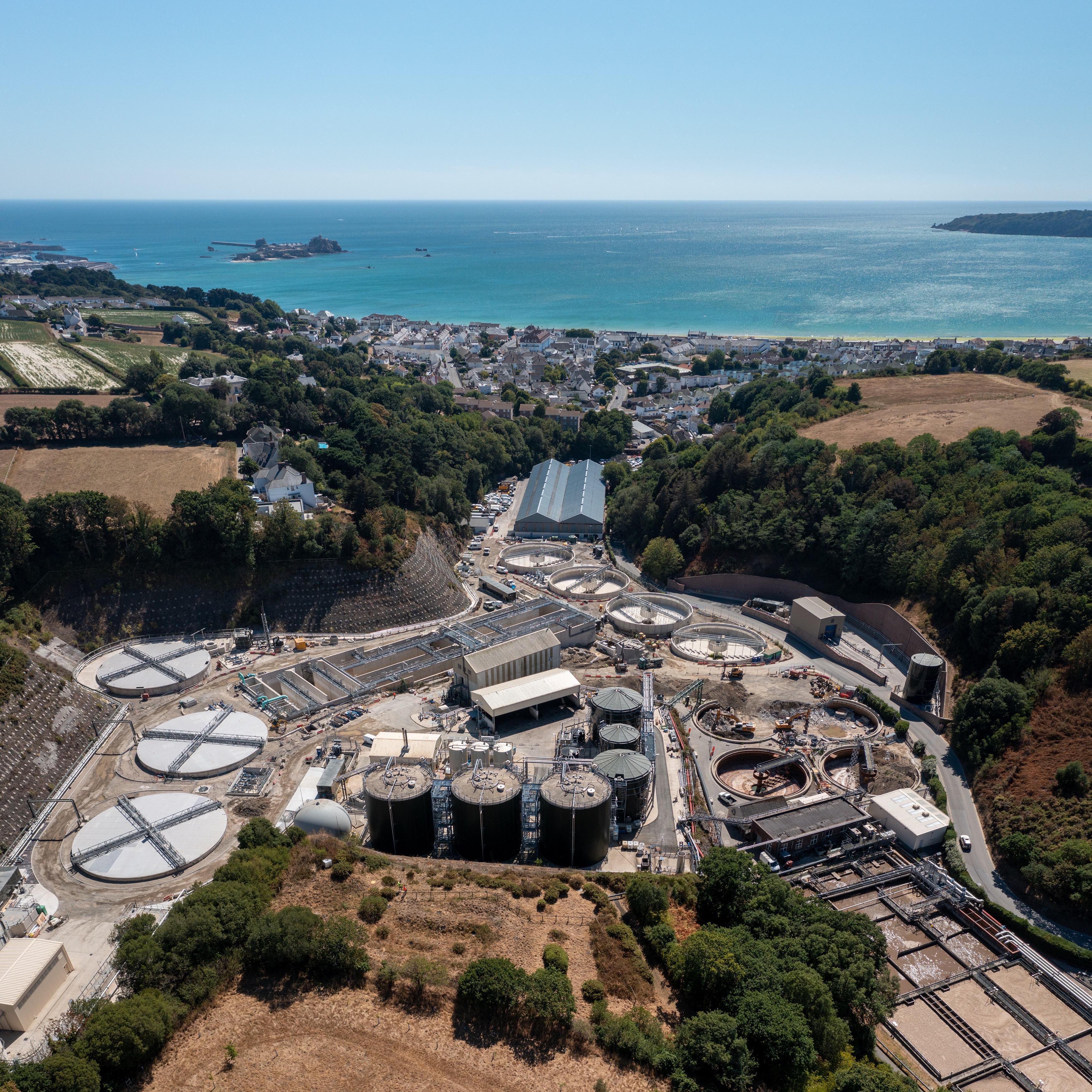 Pictured: An aerial image of the new works (Credit: Government of Jersey).

NMCN was put in charge in 2018 after problems emerged with the first firm, Doosan Enpure, which was originally given the contract in 2014.

£1.85m was subsequently added because of the impact of covid, and in the latest Government Plan, which is due to be debated next month, £2.4m has been allocated to the project because of inflationary pressures.

That makes a total of £83.75m but there are an extra £4.88m of associated projects, including £1.5m for odour mitigation and £1m-worth of work on the outfall into St Aubin’s Bay, which pushes costs close to £90m.

Giving an update, Infrastructure Minister Tom Binet said: “The main sections of the new sewage treatment works are currently being brought online, with the works expected to be fully complete by the end of 2023.

“After the principal contractor went into administration last year, the Infrastructure, Housing and Environment team took on that role, with many of the key personnel staying on to help us see the project to completion. It’s a hugely dedicated team, working together to deliver this major project for the island.” 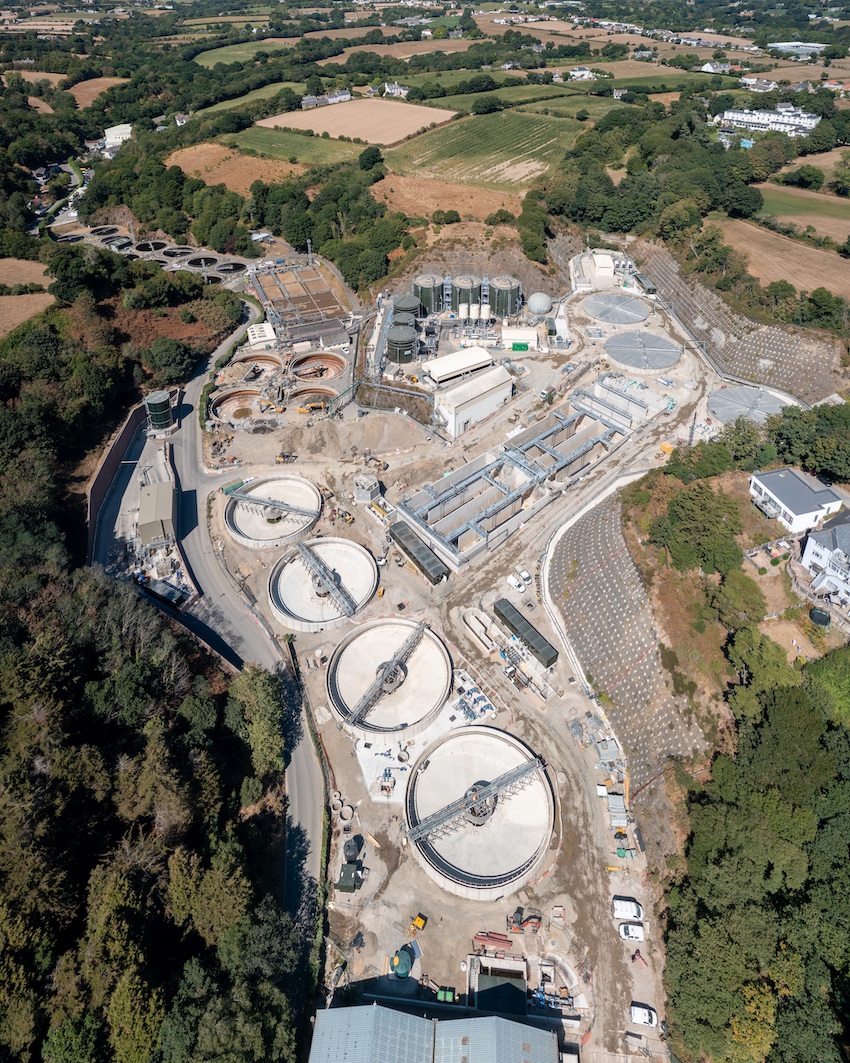 Pictured: The new plant takes up a sizeable part of Bellozanne Valley (Credit: Government of Jersey).

When up and running, the plant will have increased capacity and improved reliability, and reduce the number of partially treated discharges into St Aubin’s Bay, as well as the cutting the amount of nitrates going out to sea by up to 15%.

Operating and maintenance costs are expected to fall by a third.

The new plant has also been built to cope with population growth, based on a prediction of 118,000 by 2035.

It has been built in Bellozanne Valley, partly on the old waste dump and recycling centre before it was moved to La Collette.

Up to £1.5m agreed to tackle new Sewage Works delays

Posted by john garner on Nov 17th, 2022
Does this mean we will lose our green beach at West Park ?
To place a comment please login Login »