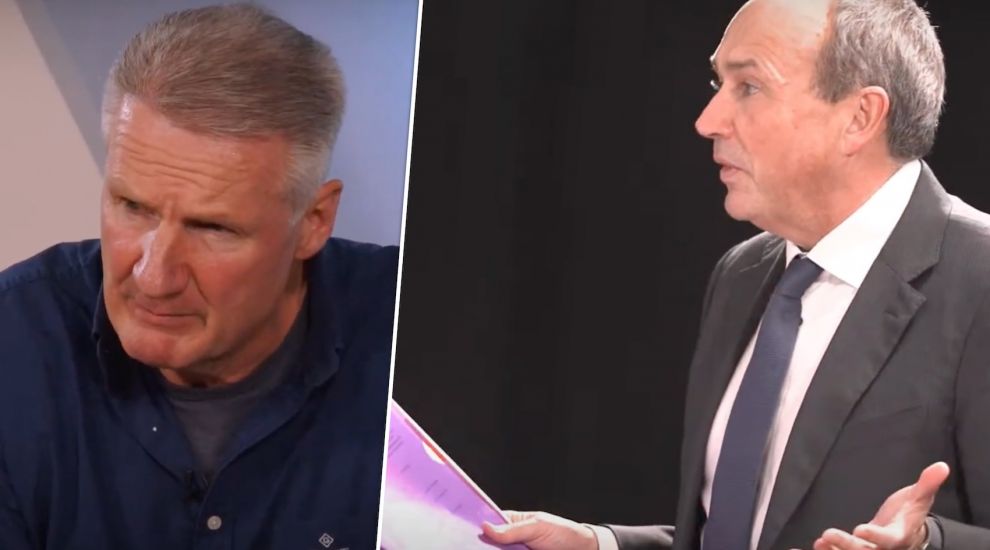 The former Minister in charge of the £800m plan to build a one-site hospital at Overdale is calling for the Government to provide data to back up their assertion that it is no longer affordable before changing course towards a multi-site solution.

The recent review of the hospital project by Infrastructure Minister Tom Binet and Expert Adviser Alan Moore concluded that the Government should instead seek to spread its health services across several sites in a move the Minister claims could save £50m.

However, page 113 of the 114-page review contained the caveat: “All of the assumptions laid out in the above model are subjective and should be validated by a further detailed analysis prior to ratification of the selection of the option going forward.”

At last night’s Q&A event with Ministers, an online attendee asked Deputy Binet when the Government would carry out analysis to ensure the decision is backed by data. “Assuming we get it through the Assembly, then as soon as we get it through," he replied.

Deputy Lyndon Farnham, who was also at the event, is now calling for the Government to carry out that work as soon as possible to ensure there is “certainty” that the multi-site scheme is better clinically and financially, before officially changing course from the plan he proposed while the Minister in charge.

If successful, his proposition would require the Council of Ministers to present a report to the States, providing “direct like-for-like” comparisons between the multi-site option and the Overdale proposals – including running costs.

It would also prevent the States Assembly from making a decision “that would deviate from the decisions previously taken on the Hospital project” until the report has been presented.

The previous decisions referenced in the proposition include the site selection, preferred access route and land acquisition as well as the approved financing.

In the report accompanying his proposition, Deputy Farnham said: “Our existing health estate is deteriorating and the longer we delay in delivering a hospital, the more this will impact on running costs, standards of care and recruitment and retention of clinical and professional colleagues.”

He added: “The Overdale project brings clinical services together on a single location in a purpose- built hospital, where patient, staff and visitor experiences will be significantly improved. The greatly improved placement of related medical services, which were established with medical professionals, will ensure that patient flows will be easier and quicker making the hospital a more efficient and effective place for all.”

He also noted that the published review was subjective “at its own admission”, referring to the final paragraph in the 114-page document.

Deputy Farnham also challenged the assertion that the Overdale project had become unaffordable as a result of the changing financial markets, adding that it could still be funded using a “modified, but similar proposal”.

He included sections from the review, referring to a “new approach” to borrowing that would involve shorter-term debt being replaced by longer-term funding as the project progressed.

Deputy Farnham said: “The Treasury team should be praised for continuing their work from to produce a more flexible method of financing the project which could be applied to either option.”

He added: “The report warrants much greater analysis than I have been able to give in these few pages, and we have a duty to make such important decisions – which ultimately will affect the health and the very lives of every Islander for decades to come – on the basis of good evidence.”

Chief Minister, I challenge you to a dual...site debate

Posted by Jon Jon on Nov 17th, 2022
Like a bunch of kids ,your not in my group now Farnon so buzz off! Moore had it in her agenda that Overdale was not going to be the place ,pretty obvious, someone who had the knives out for the previous council of ministers should not be chief minister.
Posted by gordon le claire on Nov 17th, 2022
get on with the hospital for goodness sake
Posted by Glenn Cowie on Nov 17th, 2022
It doesn't save £50m at all. At best, it replaces the £50m you wasted - completely wasted - undertaking the various hospital site consultations, reviews, re-reviews etc etc. And where did you get with that? Nowhere. Shambles.
Posted by EdWilliams4 on Nov 17th, 2022
‚GET OVERDALE DONE’ does it sound familiar?
Posted by Aston Francis on Nov 17th, 2022
There is no proof of clinical outcomes being superior in single site versus multiple site service delivery hospitals. Single site is more convenient for people working there, not necessarily for the patients but it is rather nice to have than must have for good clinical outcomes. A new hospital for 400-600 Million of Euro or Sterling in a countryside would provide opportunities for the same clinical outcomes as a mega expensive hospital with a view built on the most inaccessible site in Jersey for a Billion or more to be paid by future generations. The latest democratically supported proposal of multiple sites has two additional benefits: 1. its construction and hence the expenses can be staged and phased so we can address the most pressing priorities first and then if we can afford it expand further 2. it will make use of many existing facilities still in decent shape rather than moving all services to a new shiny hospital and demolishing some fit for purpose buildings. One could argue that the clinical outcomes depend much more on the quality of personnel, doctors and nurses than on the single of multiple site delivery or the level of luxury of the actual facilities. Last not least - from the recent clinical governance report it seems that we have not been that much dedicated to measuring and publicising RELEVANT clinical outcomes until now so why should we use it to disguise the true motives behind the new hospital plans challenge?
Posted by Keith Marsh on Nov 17th, 2022
IF the only "possible" savings are £50million, why are we messing about with no plans, no costings, no contracts for a multi-site hospital, that will not be completed by the end of the decade.
Build Overdale now, there are plenty of options for financing his major capital expenditure.
Posted by DavidPaul97 on Nov 20th, 2022
It is a bit ripe for Lyndon Farnham to be demanding data when he wouldn’t release any when he was in power! The minutes of the meetings at which the potential sites were discussed have still not been released.
To place a comment please login Login »