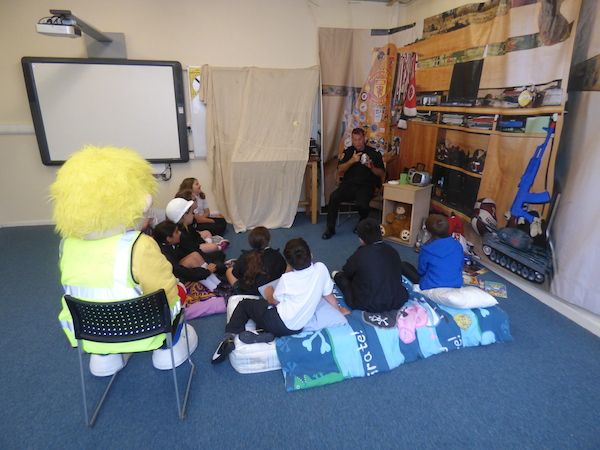 It's a safe bet that youngsters at one local primary school know how to keep themselves safe.

It's the first time the primary school has won either of the child safety group's trophies for Highest Scoring School and the Best Improving School after joining nearly 1000 year five students from all 31 primary schools for a series of interactive safety workshops at Highland College.

Safety in Action co-ordinator Martin Preisig said: "The students who visited Highlands College in July found the workshops to be very interesting, informative, interactive and above all, fun.

"The role of Child Accident Prevention is not about wrapping children in cotton wool, it is about encouraging children to play, explore and be able to assess risk safely. The workshops delivered by members of our partner organisations provide a vital learning experience for young people to help them make their own decisions about staying safe."

The children were quizzed on their safety knowledge - what they would do if they found someone unconscious and how they would get out of a smoke-filled building safely. They were tested again after the workshops to see what they had learned.

Mr Preisig said: "Retesting the students in September refreshes the key messages delivered during Safety in Action and enables us to reward those students who have increased their knowledge base.

"This in turn helps the co-ordinators and workshop leaders to plan and adapt the event for the following year. Presenting these awards is a fantastic opportunity to recognise the students and the schools that have excelled."

"We are thrilled that our ongoing work with pupils and the excellent Safety in Action training, has resulted in St John’s Primary School being the Highest Scoring School and the Best Improving School for 2015 in the Safety in Action Quiz. We will display the trophies awards with pride."

The trophies will be given out during their school assembly this morning by the safety group's mascot Safety Sam. 249 certificates and 63 prizes are being presented to students from all the schools who attended who proved they'd learnt important life-saving messages and shields are being presented to schools that improved their overall scores in the six workshops and to the top scoring schools.

65% hike in the number of children ingesting harmful substances

Can your child 'make the call' if something goes wrong?