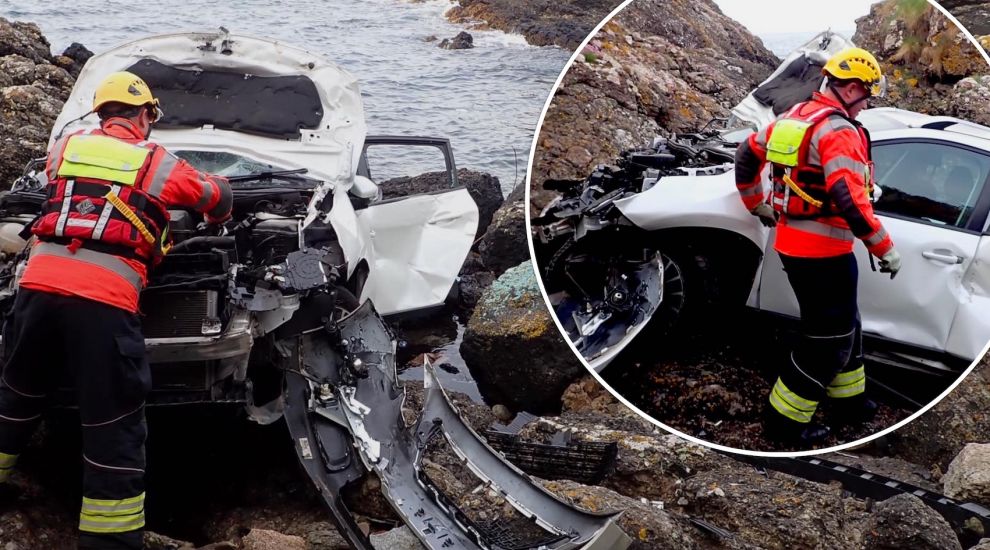 A car was severely damaged after rolling off a cliff edge this evening – but the driver was fortunately found unharmed.

Six firefighters crewing one fire engine and one rescue unit were called to La Saie Harbour around 17:30.

"Working alongside our colleagues from the States of Jersey Police it was quickly ascertained that the driver was safe and well," the Green Watch team said.

“The vehicle was then made safe by Fire Service personnel and checked for any potential environmental hazards.”

The vehicle remains in the area and Crew Commander Matthew Coote is asking islanders to keep away from the area until it has been safely recovered.

Islanders have since praised the Fire and Rescue Service for their efforts in making the area safe on social media and shared well wishes with the "lucky" driver.

"Wow thank goodness the driver wasn't in it. Well done to all the emergency services. It must of been shock to watch them," one said on Facebook.

"Glad to hear no injuries, could have ended so differently. Well done Jersey Fire and Rescue!" another added. 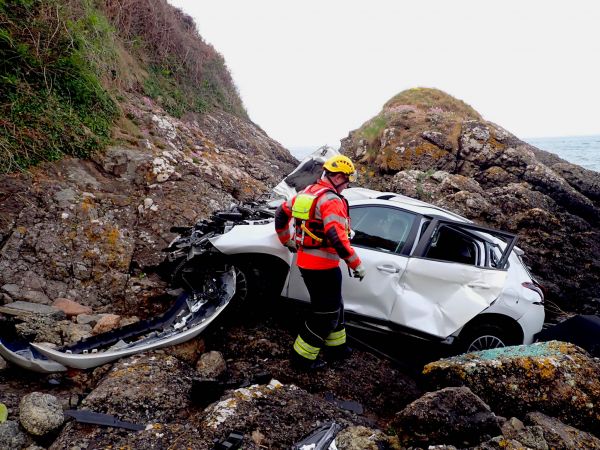 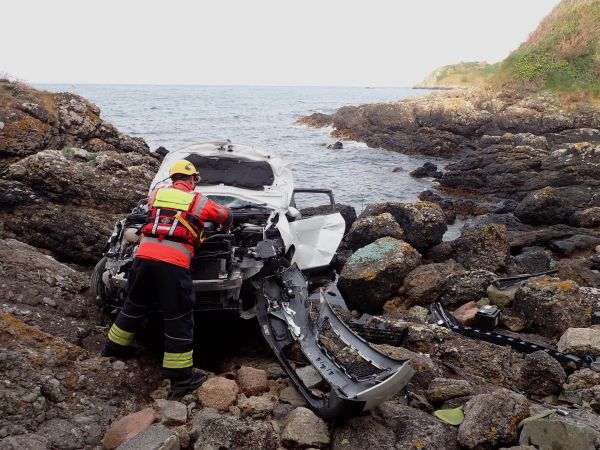 Man in hospital after being hit by car