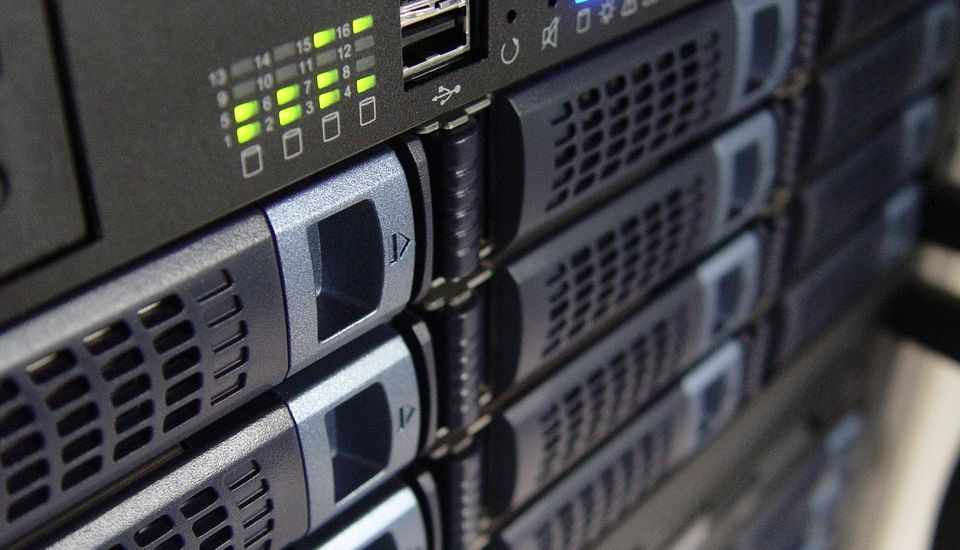 The ‘eGov’ project to get government services digital has gone nearly £2million over its original budget, just months after red flags were raised over its spending patterns, Express can reveal.

Former States Chief Executive John Richardson confirmed in March last year that the project had been allocated a budget of £9.9million.

But an Express Freedom of Information (FOI) request has now revealed that the total spend stands at £11.6million.

The revelation comes just four months after a panel in charge of reviewing the escalating expenditure took the unusual step of urging the new States Chief Executive and Treasurer to review the eGov project over what they saw as an abnormality in the budget figures.

The Public Accounts Committee (PAC) requested to view the budgets in November 2017, but say that they weren’t given the information until two months later. The document the eGov Team eventually provided “in confidence”, showed a record of expenditure against budget.

Pictured: The project was originally given £9.9million, but now spending stands at £11.6million.

In reviewing that document, however, the PAC team said they were concerned to note that the expected amount of spend matched the actual amount spent “exactly.”

This “0% variance” sparked concerns that there had been “retrospective forecasting” – in other words, they feared that the budgeted figures had been added in later, rather than at the very beginning of the eGov project. Express has asked for a response from the e-Gov team to that, and other, concerns.

It led PAC to write to the new States Chief Executive, Charlie Parker, and Treasurer Richard Bell to ask them to investigate this, as well as providing a “detailed explanation of the delays to, and lack of detail of, eGov project budgets.”

Panel Chairman Constable Chris Taylor, explained that the PAC were sent “vast amounts of diagrams and spreadsheets” throughout the scrutiny process, but gave no evidence of concrete projects. He added that there was therefore no way to “measure progress” or to know if “something has gone wrong.”

Pictured: The new Chief Executive Charlie Parker (above) and the Treasurer were asked to investigate the eGov Team's budgets.

The PAC’s remarks were the second time in two years that the project had been criticised for its management. The Comptroller and Auditor General also warned that total costs had not been clearly calculated.

The original £9.9million budget was expected to fund improvements to the gov.je website, ensure that all States digital records ‘joined up’ via a single platform that meant islanders only had to share their details once, and that some budget would be allocated to individual app-style projects, such as LoveJersey.

Most crucially, however, the eGov project promised islanders a ‘Digital ID’ – a secure way to access all the information held by the government about them. That provider was revealed as mobile app Yoti by Express in January, before it was officially announced in March.

But by December last year, after concerns raised by Scrutiny panels, and criticism from the Chamber of Commerce as “a lesson in how not to run a project”, officials confirmed that the budget had been used up – without the main part being in place. 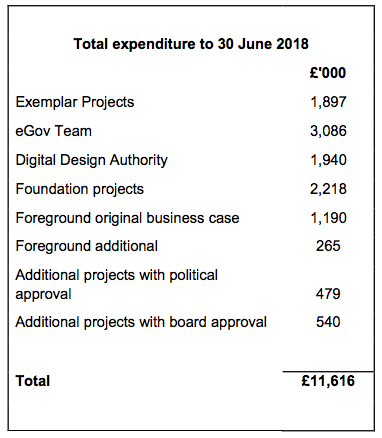 Pictured: The table of expenditure provided following an Express FOI.

The highest level of expenditure – nearly a third of the original budget – was spent on the ‘eGov Team’, with salaries and recruitment totalling £3.1million.

Express had also asked for the total costs of taking on Yoti, which is now being rolled out as an ID service at local bars - the eGov team posted a blog highlighting the information requested by Express one day before the FOI request was received back.

The blog did not provide the total expenditure so far, but instead stated a projection of the total cost across five years. It said the Council of Ministers approved a budget of £860,000 late last year, of which they expect to spend more than half (£550,000) by the end of 2018. They then believe £300,000 will be spent in 2019 to cover “product management, marketing, the cost of integrating further services, [and] a way for people who choose not to have a smart phone to be able to access online services that depend on a proven identity.”

Pictured: Smartphone app Yoti was chosen to be the official Digital ID provider.

However, this will not be the total cost – the blog states that the eGov Team want the Council of Ministers to approve an extra £250,000 of expenditure per year to “continue to create opportunities for use of your Digital ID.”

“The return on this investment depends on growing the number of Islanders who have Yoti and find it useful in multiple aspects of their everyday lives, including using it to access government services. So far, over 2,500 people in Jersey have downloaded the app. We will keep you up to date on progress as the number of users grows,” the blog read.

Posted by Dave Lelievre on Jul 26th, 2018
Perhaps we can employ a few more experts from England to help us save money or get it right.
Posted by Bruce Willing on Jul 26th, 2018
What chance the new hospital coming in at £466 million? At least the States voted in favour of that estimated price. However, the States has a habit of underestimating project costs. Look at the Care Inquiry where £7 million became £23 million.

Let us hope that Mr Charlie Parker can bring some rigour to the planning and budgetary process going forward.
Posted by William Boyd on Jul 26th, 2018
Charlie Parker does not walk on water as we will all soon find out. Then there will be nowhere left to hide.
Posted by Trevor Carre on Jul 26th, 2018
And I bet it's still not fit for purpose! Throw some more money at it and get in some more overpaid consultants in from the UK, that should fix it! Probably!
Posted by Jon Jon on Jul 26th, 2018
what a surprise!
Posted by John Storey on Jul 26th, 2018
It seems that whenever Jersey politicians get involved with any sort of business they make a mess of it which then cost us the tax payer millions
To place a comment please login Login »