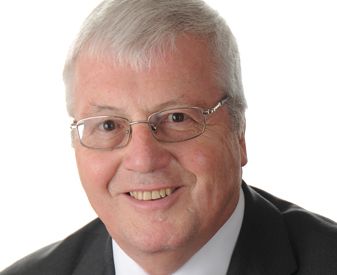 Another name has been added to the ever-increasing list of people who want to be a Senator.

John Young, a public sector accountant and former Chief Officer of the Planning and Environment Department, is keen to return to politics. He was formerly a Deputy for St Brelade No1, but in the last general election decided not to seek re-election as a Deputy, but go for Senator instead. He finished 11th in a list of 18, with the first eight being elected.

Announcing his candidature, Mr Young said: “By its actions the Council of Ministers has proved itself out of touch with the people. The resignation of Zoe Cameron has taken us all by surprise. Now we know there is going to be an election for Senator, it is important the public is given a wide choice of candidates and constituencies.”

“There is only a very short-term time remaining and there will be no time or opportunity for a learning curve in how to use the States procedures to influence policy and achieve change. The person elected will have only days to lodge amendments to the Council of Ministers proposed MTFP with its layers of tax increases, new and hidden charges and damaging front line service reductions, all of which will impact badly on middle Jersey."

The by-election’s been prompted by the shock resignation of Senator Zoe Cameron. She quit in frustration at the beginning of July saying she’d been cold-shouldered by the Council of Ministers.

Nomination meeting for the by-election is being held at the Town Hall at 19:30 on Tuesday 9th August. Voters will have until noon on Monday 8th August to ensure that they are on the main Electoral Register and up to noon on Wednesday 31st August to be on the Supplementary Register. The by-election is on Wednesday 7th September.