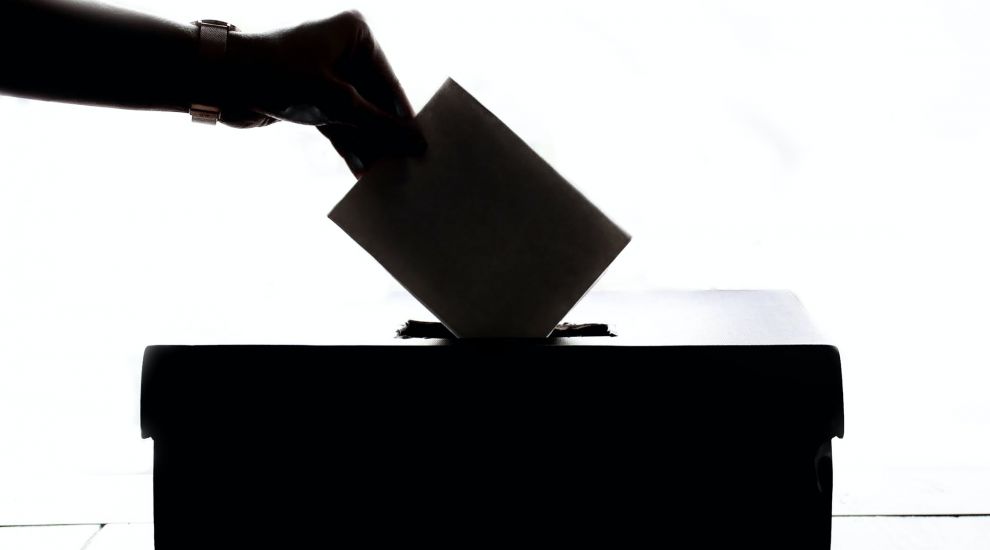 The total number of islanders who registered to vote in time for this year’s election was over 60,000.

But did they all use their vote?

This means that in the 2022 election there was a slight drop in the number of people registered to vote compared to 2018, though the Vote.je team suggested that this reflects the reduction in population size. 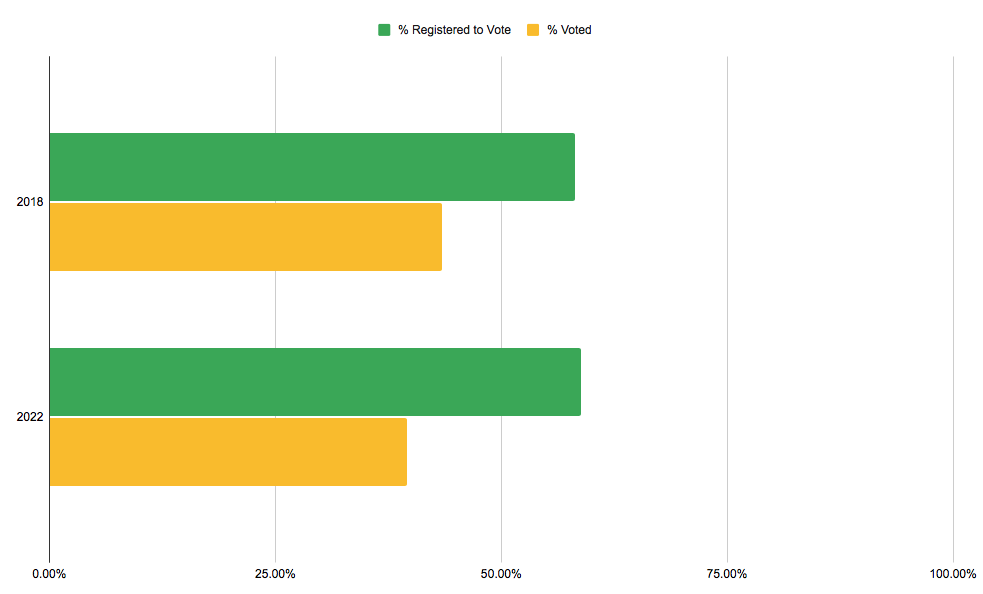 CLICK TO ENLARGE: A lower percentage of the population voted in 2022, compared to 2018.

The Parish with the highest percentage of registered voters per population was St. Mary, which has historically had the highest voter turnout. 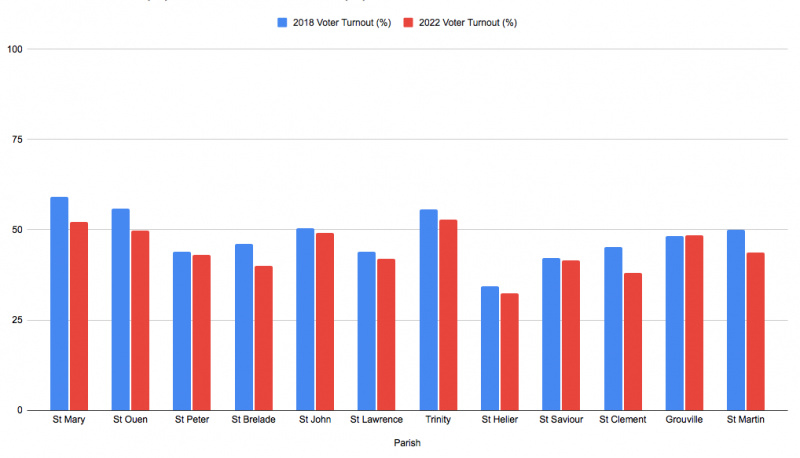 CLICK TO ENLARGE: In all parishes except Grouville, percentage of voter turnout was less than in 2018.

While more than 60,000 people managed to make it onto the electoral register, Jersey has historically struggled with its voter engagement.

A report published earlier this year revealed that the island's political engagement was among the lowest in the world. 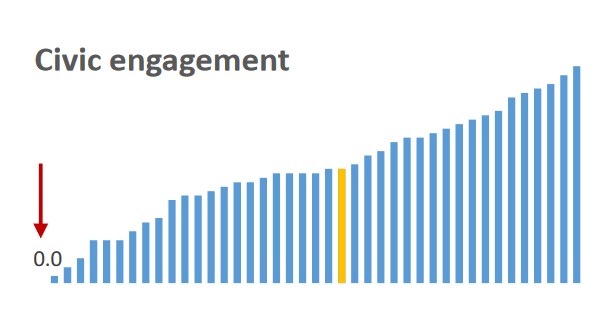 The Better Life Index of 2021 ranked Jersey lowest for voter turnout out of 41 countries according to an index aiming to measure a nation’s wellbeing and progress.

As in 2019, Jersey ranked lower than all OECD member and partner countries in civic engagement with a score of zero.

In its initial election post-mortem report, electoral observers noted that the current system makes it difficult to assess turnout and needed to change.

“The total number of voters having cast a ballot was not required to be announced, which makes it difficult for the general public to calculate turnout,” their report said.

“In fact, the Mission noted that the counting on the voters’ lists of the number of voters having cast a vote was not a requirement, thus impeding a reconciliation of the number of valid ballots and turnout per polling station.

“It is good practice that this information is made available to the public at the polling station level as soon as possible.”

Constable turnout is, however, possible to work out.

This is another decrease from the 2018 figure, where just over 43% of those registered turned up on the day to vote.

Unfortunately, this further decrease in voter turnout suggests that Jersey's global position is unlikely to improve.

Posted by IanSmith97 on Jun 27th, 2022
Can you blame us for not voting? Just wait and see the shambles to come when they reopen the “where shall we put the new hospital?” fiasco because that is coming down the track.
Posted by Frustrated Islander on Jun 27th, 2022
The position will not improve until we have online voting available but this appears too difficult or a low priority for the government at the moment.

As a voter, the current system is manually intensive, dare I say open to error as a result and discourages voter turn out. If we need two jobs to pay our mortgages then please allow us to vote online.
Posted by Keith Marsh on Jun 28th, 2022
WHY was out turnout so poor :-
1) "The total number of voters having cast a ballot was not required to be announced," ~ this leads to speculation that the elections were not properly run.
2) The Loss of Island Wide Votes ~ against many peoples wishes.
3) The lack of Politicians interest in "knocking on doors" ~ they could not be bothered.
4) The horrid thought, that this new lot, whoever they are, will overturn the new hospital site and budget ~ putting us back 5 years or more.
That's why the public said "why should we bother".
To place a comment please login Login »