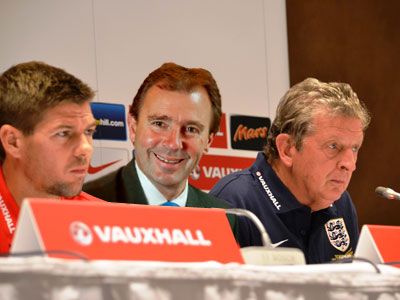 With less than three months to go before the World Cup kicks off in Brazil, the Economic Development Minister faces questions about whether he will extend opening hours for England’s opening clash with Italy.

Deputy Judy Martin has tabled a question for Senator Alan Maclean in the States tomorrow about whether he plans to extend pub hours so that fans can watch the game, which kicks off at 11 pm on 14 June, GMT.

Senator Maclean has previously said that he is considering the position, and that he wanted to consult with the police and the licensing trade before making a decision.

No extensions would be needed for the games against Uruguay (8 pm UK time on 19 June) or Costa Rice (5 pm UK time on 24 June). In the perhaps unlikely event of England reaching the final, the match will be played at 8 pm on July 13th in Rio.

Poland have not qualified for the tournament, but Portugal have – the earliest that they could face England would be the semi-finals.

In the UK, David Cameron over-ruled one of his Liberal Democrat coalition partners by declaring that pubs could have an extension to cover the match, after Home Office Minister Norman Baker initially refused an application.

Deputy Martin’s question, listed for tomorrow’s States sitting, is: “What consideration, if any, has been given in relation to licenced premises and opening hours during this year’s World Cup?”