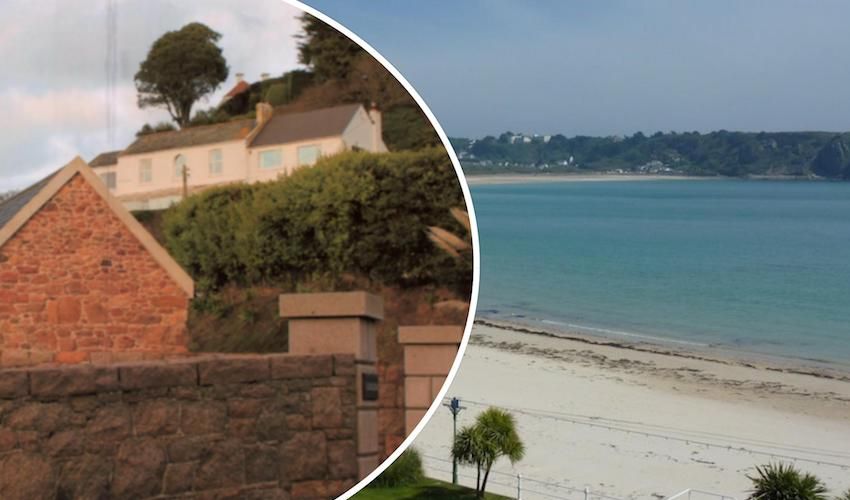 Plans have been submitted to demolish a home overlooking St. Brelade’s Bay to make way for a more "modern and energy efficient" version with five bedrooms and a pool.

In proposals put before the Planning Department, it's explained that the owners of 'Rockmount' on Le Mont Gras d’Eau are making a demolition application because it would not be economically viable to simply revamp the existing property.

The property is located on the escarpment slopes on Le Mont Gras d’Eau and Le Mont Sohier and overlooks St. Brelade’s Bay.

As part of the proposed redevelopment of the site, the new owners are planning to reconfigure the access to the property from Le Mont Gras d’Eau.

The Planning Statement compiled by KEP Planning explained that the property was recently bought and that the new owners want to “upgrade it to provide a modern, energy efficient family home.” 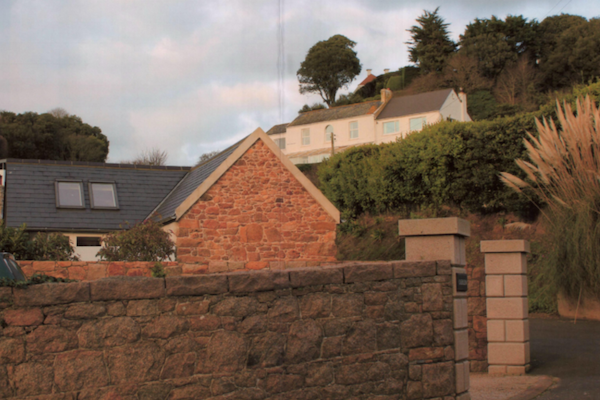 Pictured: The existing property could not be turned into “modern, energy efficient accommodation", experts said.

Having assessed the fabric of the building, Wills Associates and Ross Gower Associates concluded that “upgrading, underpinning and renovating” it would not be economically feasible, adding that the remaining structures need to be urgently rebuilt.

In addition, they said that the current building would not enable a “modern, energy efficient accommodation to be created.”

The owners, who have also purchased some woodland located at the east of the property, have therefore submitted an application to demolish the four-bedroom home to make way for a five-bedroom one, accompanied by a swimming pool. There will also be a terrace area and new landscape features on the site.

As part of the plans, all structures will be demolished and the area will be excavated so that the ground floor can sit at a lower level.

The owners plan to resurface the private road that gives access to the home and to remove the planters currently at the entrance to install gates.

Pictured: The property is located on the escarpment slopes on Le Mont Gras d’Eau and Le Mont Sohier and overlooks St. Brelade’s Bay.

Overall, the new building will be one metre lower than the current home and its above ground volume will be 1,050m3 instead of 1,200m3. Its overall footprint, however, will increase by 60sqm.

KEP Planning said the plans have been “extensively” discussed with the Planning Department. The owners have also received advice from the Jersey Architecture Commission and had “informal consultation” with their neighbours, as well as the St. Brelade’s Bay Association (SBBA), which campaigns to protect the character of the bay.

The owners also had Nurture Ecology asses the ecological assets and they confirmed “the woodland to the east of the site will be improved as a result of the implementation of the woodland management plan”, according to the Planning Statement

KEP Planning concluded the document outlining the plans by arguing that the proposed development "enhances and complements" its St. Brelade’s Bay surroundings, and was, as such,"in accordance with the Island Plan.”