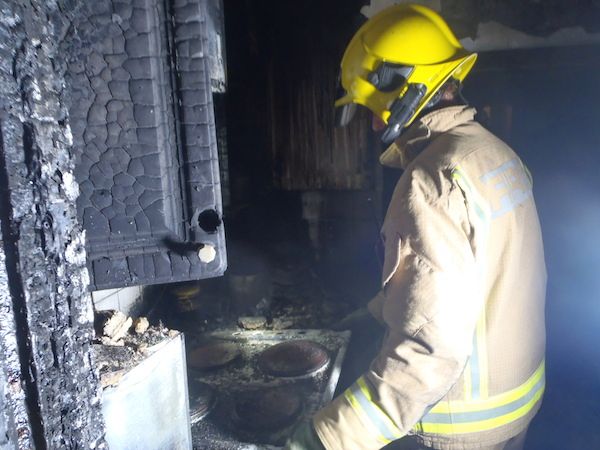 Firefighters were called out to a block of flats in Halkett Place during the rush hour yesterday evening after a fire broke out in the kitchen of one of the flats downstairs.

A couple and their little girl were all treated after breathing in smoke along with another young woman from the flat above and they were all taken to hospital to get checked over.

Although nobody was hurt in the fire that broke out just before 6pm, crews were hampered because nobody could confirm whether everyone in the flats had been accounted for.

The fire had broken through the ceiling in the kitchen and was coming out the ground floor entrance when the fire crews arrived and the rest of the block was full of heavy smoke. Two Firefighters quickly put out the fire while others searched the upper floors to check that it hadn't spread and to make sure there was nobody left in the flats upstairs.

Crew Commander Craig Channing said: "Although the presence of fire and smoke can possibly be seen by some to be a subject of curiosity, it can at times, potentially hinder the Rescue Services ability to carry out its duties safely.

"Luckily in this instance, crews were met by a reliable person that informed them of them of the fire's location and that all persons were safe and well and out of the fire flat, but this person was difficult to identify due to the initial amount of bystanders in the immediate vicinity of the fire, who could be unknowingly placing themselves in a position of danger.

"The Fire and Rescue would kindly ask that rather than (with the best intentions) potentially place yourself in a position of danger, it is advisable to stay upwind of any smoke, away from any risk of fire and await the arrival of the Emergency Services." 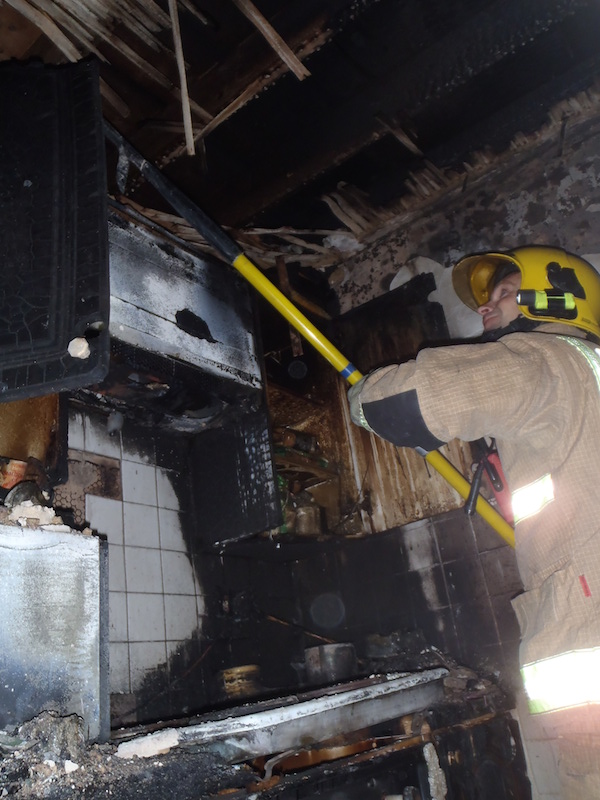 The cause of the fire is still being investigated but it's not being treated as suspicious.