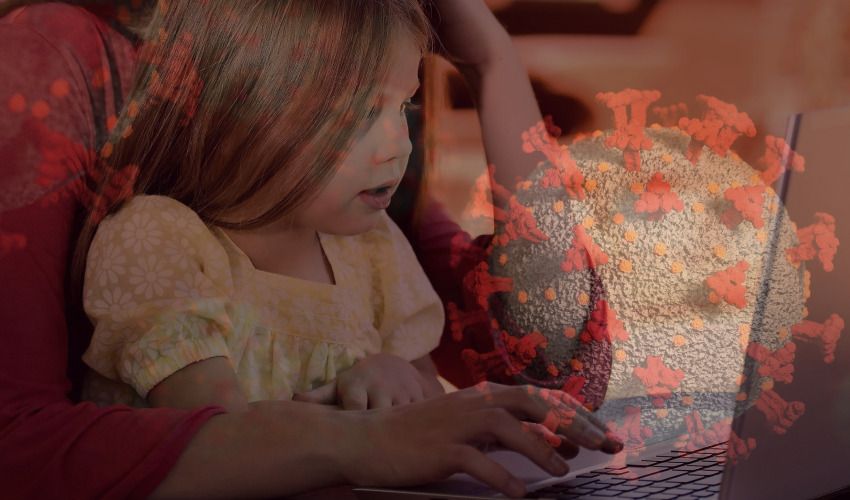 More women than men took on the burden of home-schooling and additional labour in the home during the pandemic, according to a new review which criticises Jersey's Government for not taking into account the effect of its policies on women.

According to The Gender Pay Gap Review Panel, there was no specific consideration of gender inequality or the social impacts of the pandemic on women during Scientific and Technical Advisory Cell meetings.

The panel of politicians, who found the pay gap between women and men working in Government increased from 18.3% to 24.3% between 2019 and 2021, said evidence suggests the socio-economic effects of covid-19 have fallen “disproportionately” on women.

Express looks into their key concerns... 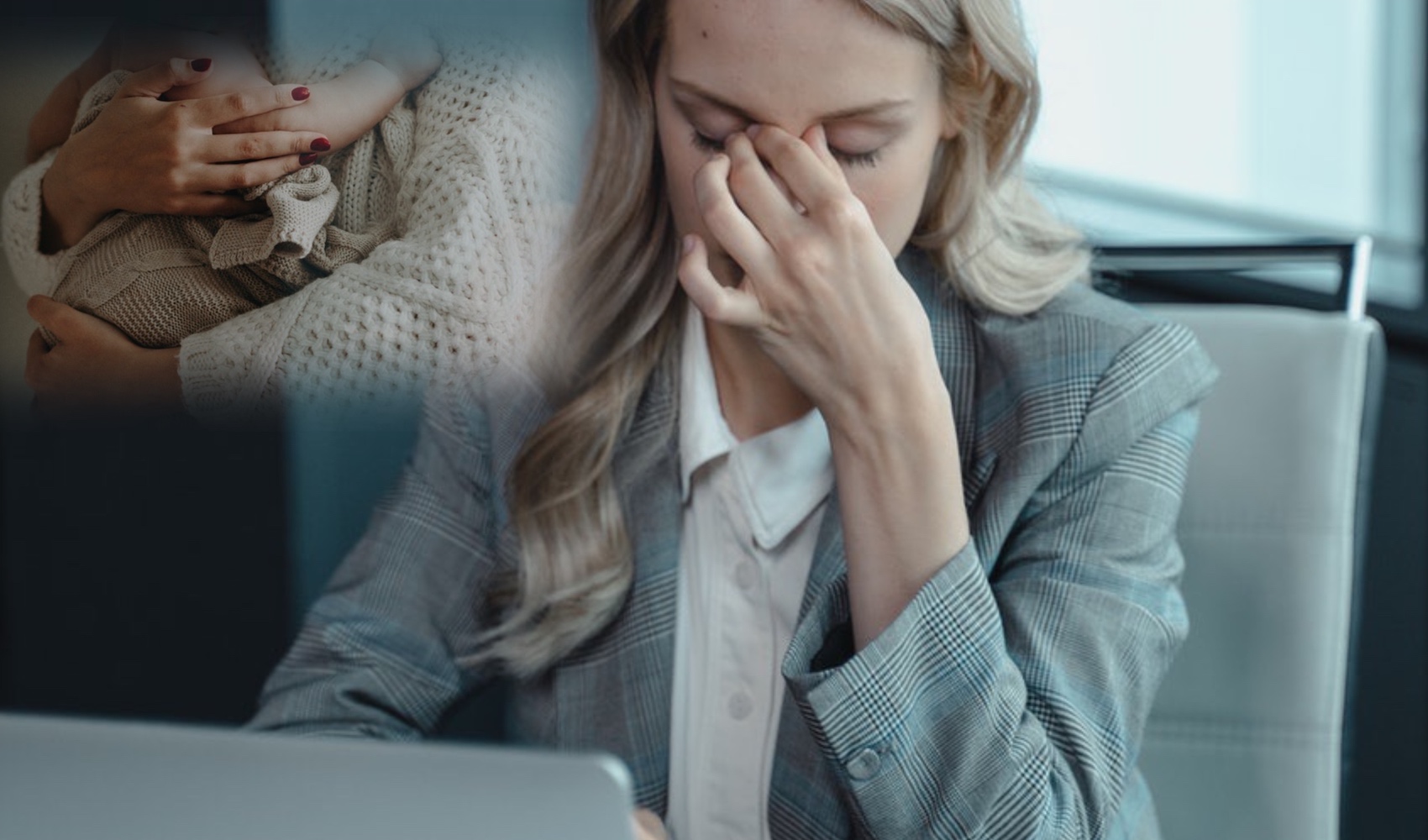 Pictured: According to research in the UK, mothers were more likely than fathers to have left paid work since February 2020.

The latest unemployment figures, published on Wednesday (13 April), show there are still more females (400) than male (310) registered as ASW. 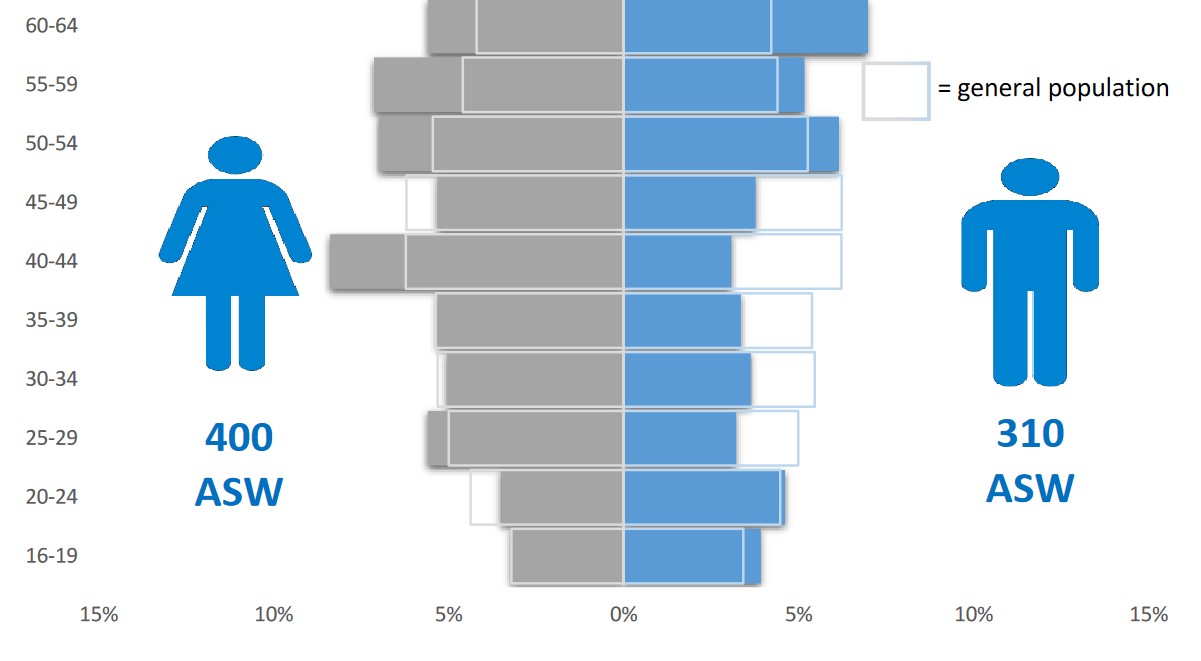 In their report, the Panel noted that the Census 2011 shows more women were employed in the industries that were hit hardest by the pandemic, such as hospitality, travel, education and retail.

Figures from the Jersey Opinions and Lifestyle Survey shows that over half (54%) of employed adults were working from home at least some of the time in 2020.

When broken down by age and gender, there were marginally more females than males working from home in the age brackets 16-34 and 35-44, which could be because more women tended to take on childcare, home-schooling and domestic duties.

According to HR Now, which collected the views of small commercial sector businesses in Jersey, women “took the majority of the home-schooling and had to continue to run the home and find solutions to working from home”. 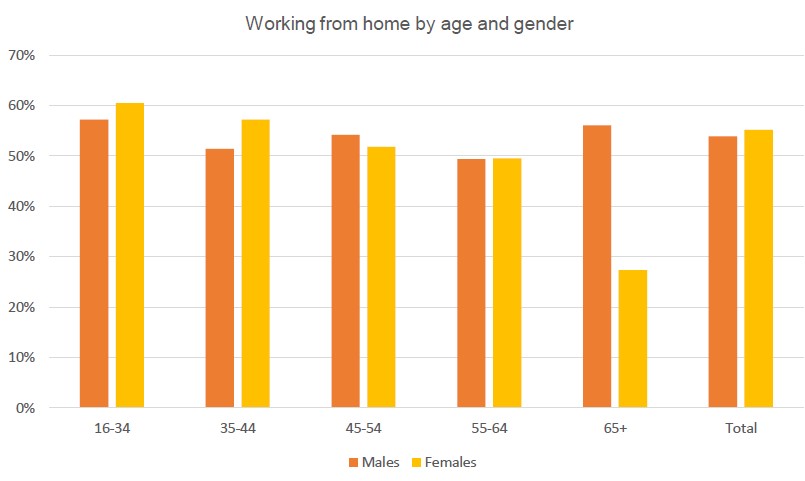 Pictures: Figures from the Jersey Opinion and Lifestyle Survey show there were marginally more females than males working from home in the age brackets 16-34 and 35-44 in 2020.

Mark Grimley, the Group Director of People and Corporate Services, told the Panel that he had seen women being unable to come into work because their husband or male partner had been

told they have to work, leaving them responsible for childcare. “I think there was an ingrained cultural issue around employers saying that the male has to be the primary earner whereas the majority of our nursing workforce is female,” he said.

Whilst the acceptance of flexible/home-working has been an “upside” to the pandemic, the Co-founder of the Diversity Network urged employers to mitigate the risk of a two-tier system of career progression, “with promotion more likely for employees able to work regularly in the office compared to those working more hours from home”.

In addition, the Panel noted that flexible working will not be accessible to everyone, particularly uniformed services and those working in education. They believe access to “flexible, affordable childcare” would help address the challenges around flexible working for those who are not in ‘9 to 5’ roles.

As part of their review, the Panel asked various stakeholders whether the Government adopted a gender-sensitive approach to its covid-19 policies, with the majority considering it hadn’t. 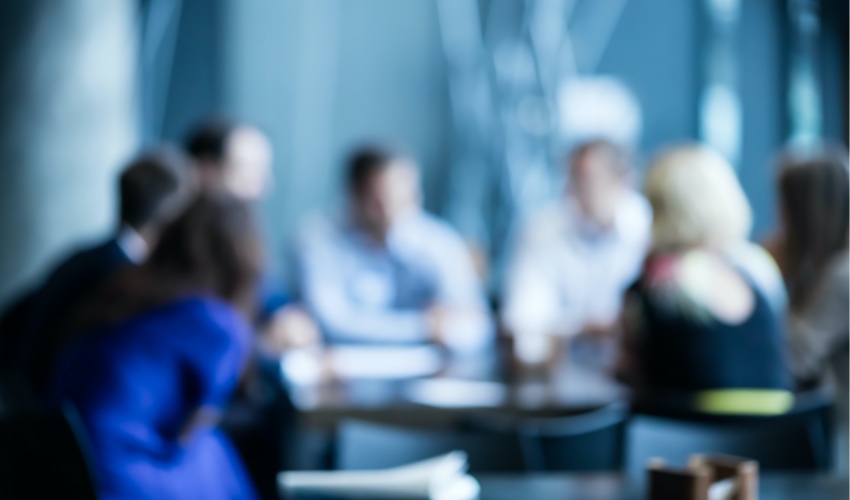 Pictured: The Panel said it had found no evidence of specific consideration to gender inequality or the social impacts of the pandemic on women in STAC meeting minutes.

According to equality, diversity and inclusion charity Liberate, the “sensitivity to the needs of minority groups” was not always apparent in Government’s approach both here and in the UK.

“Covid-19 has impacted members of minority groups disproportionately,” they added. “Women have carried the burden of home-schooling, low income and non-white communities have been hit hardest by the virus in terms of healthcare, people from the LGBTQ+ community have been locked down in unsupportive or hostile home environments, the old have been isolated and the young have missed out on schooling, critical exams and university experience, and people with disabilities have been (and continue to be) shielding. These inequalities existed before coronavirus, but the pandemic has highlighted them.”

The Panel said minutes from Scientific and Technical Advisory Cell (STAC) meetings show no specific consideration to gender inequality or the social impacts of the pandemic on women.

Evidence from the Women’s Budget Group in the UK shows that the decisions to close schools meant that mothers on the lowest incomes were nine times more at risk of losing their job due to childcare responsibilities and 72% of mothers worked fewer hours and cut their earnings due to lack of childcare.

Whilst local statistics are limited, the Jersey Advisory and Conciliation Service explained that they received more contacts from women than men regarding concerns about working at home and a lack of additional childcare provision during lockdowns.

The service said: “Such calls continued as the re-opening of workplaces started with a lack of additional childcare provisions being available e.g. nurseries, after-school and holiday clubs, and indeed the phasing of school returns by year groups etc.”

In her foreword, Deputy Louise Doublet, the Panel’s Chair, wrote: “The covid-19 pandemic has unfortunately exacerbated the gender pay gap in Jersey, disproportionately impacting women in the home and workplace. More women were taking on the responsibility of home schooling and more women either left work or reduced their hours to fit in with childcare duties. These gaps in employment impact on chances for promotion compared to men who are more likely to stay in work continuously, full-time.”