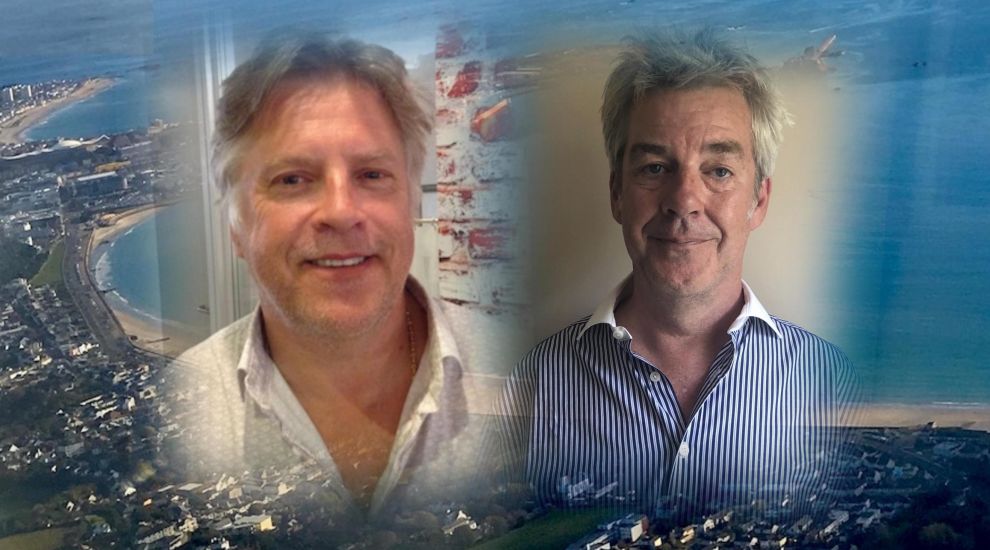 Ex-coastal homeowners slapped with fines in the tens of thousands for owning property on the foreshore have accused the Infrastructure Minister and his team of being under-researched and inaccurate ahead of a review promising to pin down the vague zone once and for all.

Earlier this week, the issue of encroaching on the 'foreshore' – a coastal zone vaguely defined as the area between low and high water – returned to the agenda during a heated Scrutiny hearing with Infrastructure Minister Deputy Kevin Lewis.

Now, two coastal homeowners – Alan Luce and Julian Mallinson – who were told they were encroaching on public land when they came to sell their seaside properties, and fined for the privilege have hit out at the Minister, after he refused to comment on the fairness of the policy under which they were penalised.

The longstanding issue of encroachment and the foreshore was brought to light when Express revealed the struggles of these two men who each had to pay significant penalties to Jersey Property Holdings (JPH) when they tried to sell their properties – both of which were on the same stretch of beach along the St. Clement's coast road.

Pictured: Alan Luce's coastal property was on the stretch of coastline along the St. Clement's coastline.

Both Mr Mallinson and Mr Luce have been fiercely campaigning about the unfairness of their treatment and have taken their cases to the States Complaints Board (SCB) – an independent panel tasked with investigating individuals’ grievances with government departments – which later blasted Infrastructure and JPH over the way they handled the foreshore issue.

Mr Mallinson was fined over a flight of steps because they encroached onto the ‘public land’ of the beach, despite the fact he’d sought permission from the Crown – who owned the land at the time – before he built the staircase.

The Chartered Surveyor spoke to Express after the Scrutiny hearing where it was heard that the department has nearly completed an island-wide survey of where exactly the foreshore begins and ends and will be reviewing its encroachment policy after that is completed.

However, Mr Mallinson predicts that this review will not provide an end to the department’s difficulties over the foreshore, but quite the opposite.

Pictured: Julian Mallinson got approval for the staircase from the Crown before applying for planning permission.

“They’ve gone off at a tangent, they’ve dug themselves in a hole and they’re digging deeper and deeper,” he said, reasoning that the area between low water and high water is relative and depends on where and when the sea walls are built. “Obviously if the walls weren’t built, the tides come in.”

He pointed out that the entirety of the Esplanade and large areas of town are built on reclaimed land which, if it weren’t for the sea walls, would fall into the original foreshore zone.

“What I think will happen is this will show thousands of places - the whole of the Esplanade, all of the offices – are encroaching and they’ll be scratching their heads going, ‘Right all these people are encroaching, how can we fine them?’ And there’s going to be a class action.”

He added: “They’ve got a real problem. I can’t work out what they’re going to do, because they’ll have to change the policy or fine all these people.”

Pictured: The Chartered Surveyor says that the Esplanade is built on reclaimed land.

This was a sentiment echoed by Mr Luce, who had to pay almost £30,000 when he sold his beachside property, as he was informed that its balcony and extensions abutting the sea wall encroached on Public turf.

“They’ve just opened a huge, cavernous problem,” Mr Luce remarked, agreeing that many areas of the island could be found to be encroaching depending on how far back in history you go.

Mr Luce also noted that there’s also the climate emergency to consider, observing the Government’s recent Shoreline Management Plan which shows that the area between low and high water at the highest spring tide is predicted to change drastically over the coming years. “[This is] the dichotomy that these people have put themselves in.”

In terms of the Minister’s response to questioning during this week's Scrutiny hearing on the matter, both men were less than impressed. 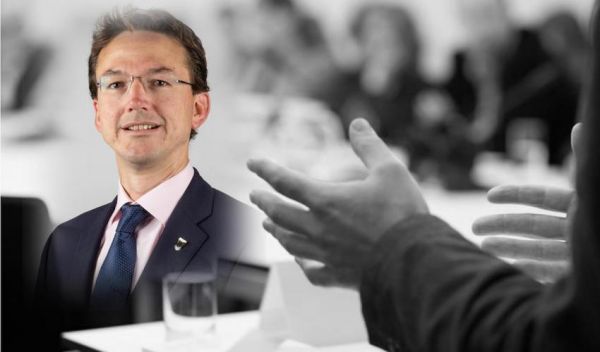 Mr Luce described Deputy Lewis as “fudging it all the time” and “not giving answers.”

The two men also disagreed with John Rogers, the Director General of Growth, Housing and Environment, which the Infrastructure Department now falls into, when he said that the Department’s approach “wasn’t aggressive.”

Mr Luce denounced this as “absolute rubbish” and has previously blasted the department’s treatment of him as “bullying.”

Responding to Mr Rogers’ statement, Mr Mallinson said: “I suppose technically it wasn’t aggressive. It was very sort of, ‘Look, if you want to sell, pay us the money. If you don’t, there’s the door.’ They’re very chilled about it. So, no, they weren’t shouting, they weren’t threatening legal action, but they knew we couldn’t sell without having the legal agreement because effectively it blighted the [property].”

He added that perhaps a better phrase would be “passive aggressive.”

Speaking more about his own experiences, Mr Mallinson told Express: “I’m a Chartered Surveyor; [in] the last 25 years I’ve sold hundreds of properties. I’ve never been shafted in my life on any property deal – perhaps I’ve been lucky – the only time I’ve ever been shafted is by the States of Jersey.”

READ MORE: Catch up with everything you need to know about the Foreshore...

Coastal homeowner accuses States of £30k "extortion"
In-depth: The man who paid £30k to the States just to sell his house
Q&A: Everything you need to know about the Foreshore issue
Sea wall row: States rake in £70k in just 12 months
Foreshore fairness? Don't ask the Minister

Posted by nigel pearce on Sep 6th, 2019
Good luck to both men. I hope they win. I'm fed up with our States (what they now call Government) grasping every penny they can under any pretext instead of making efficient use of what would be fair taxation. Smaller government is the answer.
To place a comment please login Login »