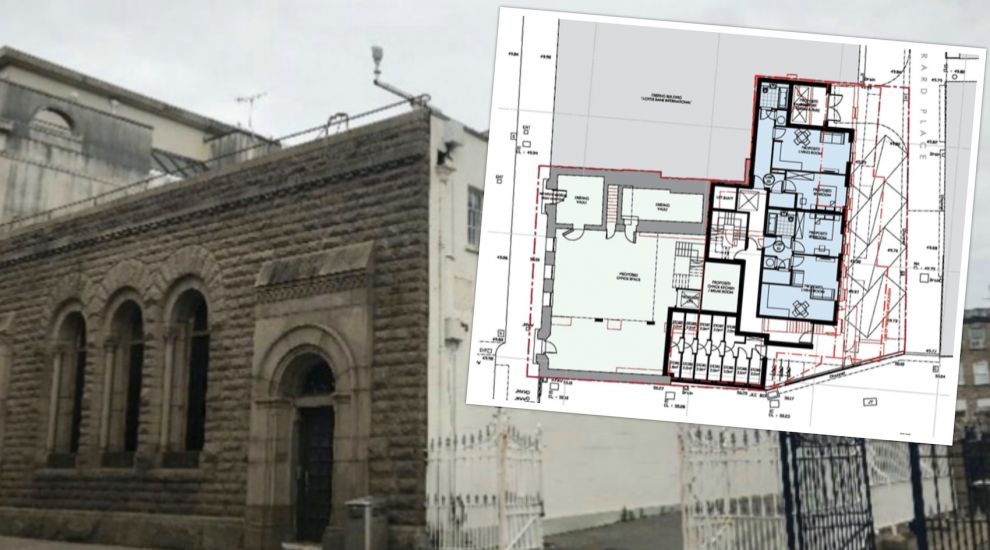 A building built in 1870 as a bank, which became redundant after its offices moved to the International Finance Centre, is set to be transformed into 12 one-bedroom flats.

Plans to redevelop the Grade 4 Listed former Lloyds building on 23 New Street were recently approved by the Planning Department.

The 595 sqm  site includes a Grade 4 listed building, built in 1870 as a bank which was extended and adapted to modern needs in 1977, as well as an office and residential building, described by Morris Architects as “out of date”.

In addition, the building was said to be of poor quality, “incongruous” among the nearby historic assets and beyond economic repair due to the way it was built and adapted. 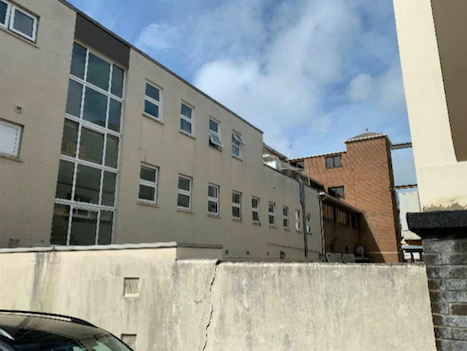 Pictured: The building at the back of the site will be destroyed.

Plans had previously been submitted in 2019 to built 15 one-bedroom flats with roof terraces, but they were withdrawn. The plans were then amended with the number of storeys reduced to three and four along with several other changes.

Both buildings are currently empty and, as the architects wrote in their Planning Statement, have become redundant since more office accommodation has been moving to the International Finance Centre. The former Lloyds building in particular has not been able to find new tenants.

The Planning Statement also highlights that a number of former office buildings, including the UBS Building on 24 Union Street, Wellington House on Union Street, and others on La Motte Street, West's Centre and New Street, have been converted into residential accommodation.

“The Jersey Island Plan (2011) highlights the International Finance Centre and Esplanade as being the key financial areas for commercial offices, for which over recent times there has seemed to be a gravitation of movement to local businesses and existing office buildings becoming redundant due to this policy guidance,” the architects wrote. “This demonstrates the redundancy of such buildings and the need to find alternative use.”

Under the plans, the building at the back, which was added at a later date, will be “carefully” removed to make way for the flats. Morris Architects said their design aim to fit into the character and enhance the existing street scape and historic context following discussions with the Planning Department.

“The redesigned architecture of the proposed new building recognises the importance of Historic Setting and the need to respect the historic asset,” they wrote.

The façade of the former bank will be retained with only a few amendments, while the rest of the building will be refurbished. Work will be done inside to enhance the historic building, including the removal of later construction elements and the opening of other features such as the safes.

Posted by Jon Jon on Jan 18th, 2021
Flats everywhere....people want houses not more flats that you can't swing a cat in!
To place a comment please login Login »