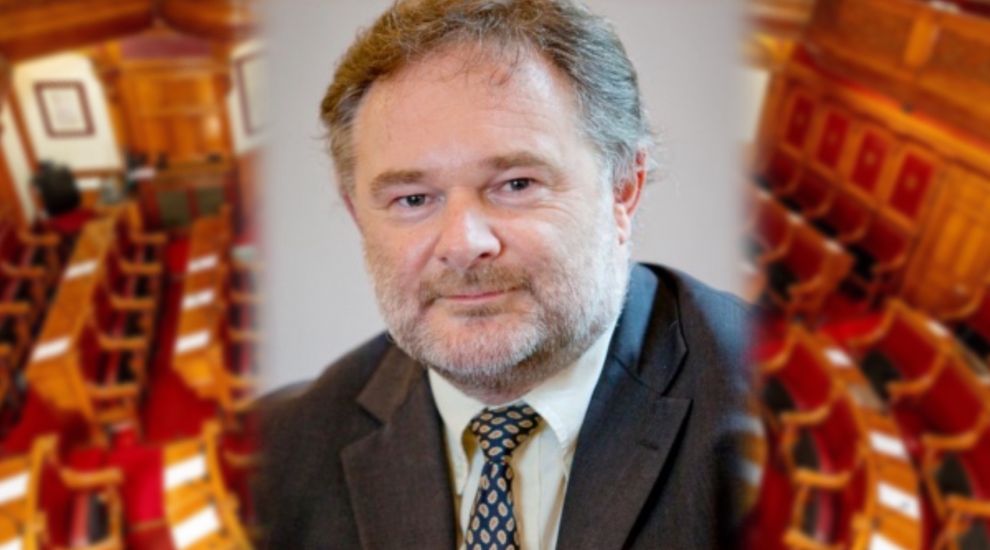 A former Environment Minister and St. Saviour representative of two decades has been remembered as a "passionate fighter for the environment", "a man of principle" and "ahead of his time" in a flood of tributes after he passed away aged 66.

Rob Duhamel died on Tuesday at the General Hospital following what was described as a "short illness".

Mr Duhamel lived in St. Saviour for most of his life, having been brought up in the district, and spent more than 20 years serving as its Deputy.

Prior to the Ministerial system, he served on Committees ranging from Housing to Public Services, Agriculture and Fisheries and Social Security, and chaired the Environment Scrutiny Panel. 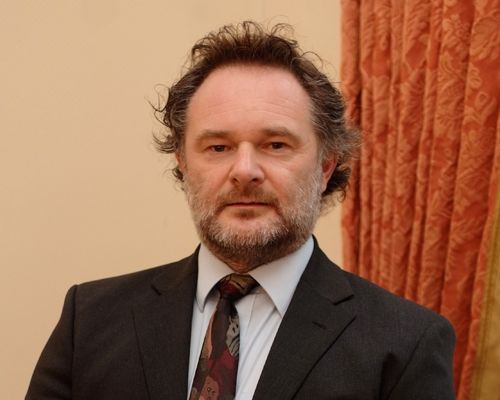 Pictured: Mr Duhamel was Deputy of Saint Saviour for over twenty years.

Following this, he served as an Assistant Planning Minister, and then in 2011, served in the role of Minister for Planning and Environment.

Throughout, he was known as a passionate environmental campaigner, never short of inventive and quirky suggestions for improving the island.

Among the quirkiest were cultivating sea lettuce to sell on as food, and building a tunnel to France.

He also championed the idea of replacing Bellozanne with advanced recycling and food waste composting, and was an avid supporter of providing more affordable housing in Jersey.

Among his most memorable planning decisions were approving building the new Police Station on Green Street in 2013, and giving the go-ahead to remove the arrivals building at Jersey Airport - a controversial decision at the time that was reversed this year. 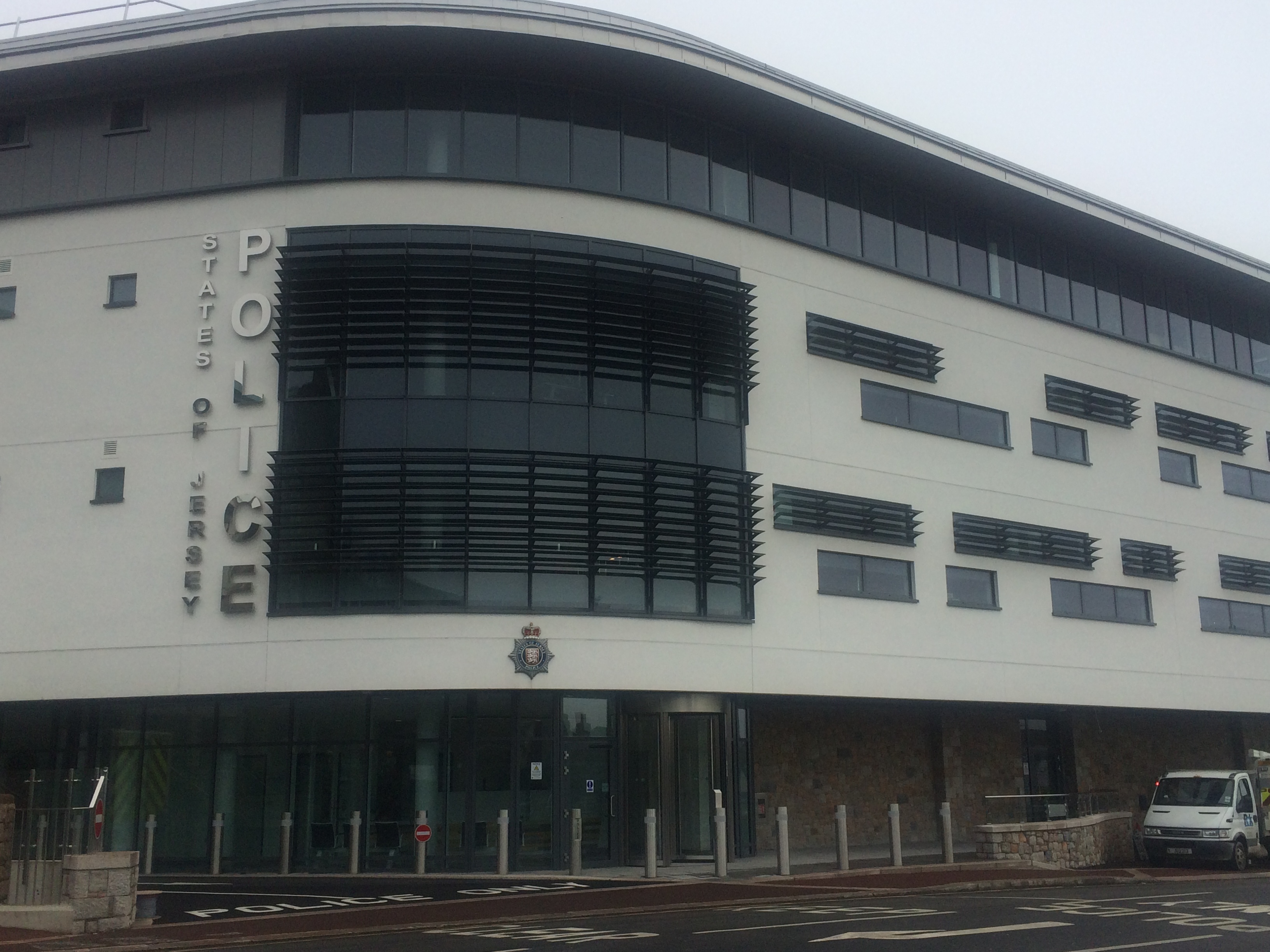 Pictured: As Minister for Planning, he signed off building a police station on Green Street.

Even after losing his seat in the States Assembly in the 2014 election, Mr Duhamel continued to immerse himself in public life, writing a newspaper column and engaging in current affairs.

Just three months ago, he called on the Government to protect Fort Regent's iconic roof, for which he successfully secured protected status in 2013.

Reacting to Ministers' newly-unveiled 'Future Fort' plan, in trademark style, he shared an alternative vision for the building to house an urban farm to grow food in greenhouse structures using artificial lighting with Express.

A "longstanding voice in our local community"

Chief Minister Senator John Le Fondré said he was "deeply saddened" to learn of Mr Duhamel's death, describing him as a "longstanding voice in our local community".

"As a Minister he was a creative thinker with strongly held values, never afraid to stand up for what he believed in.

“He was a passionate voice for the environment, his Parish of St. Saviour and, for our island. My thoughts are with his family and friends at this sad time.” 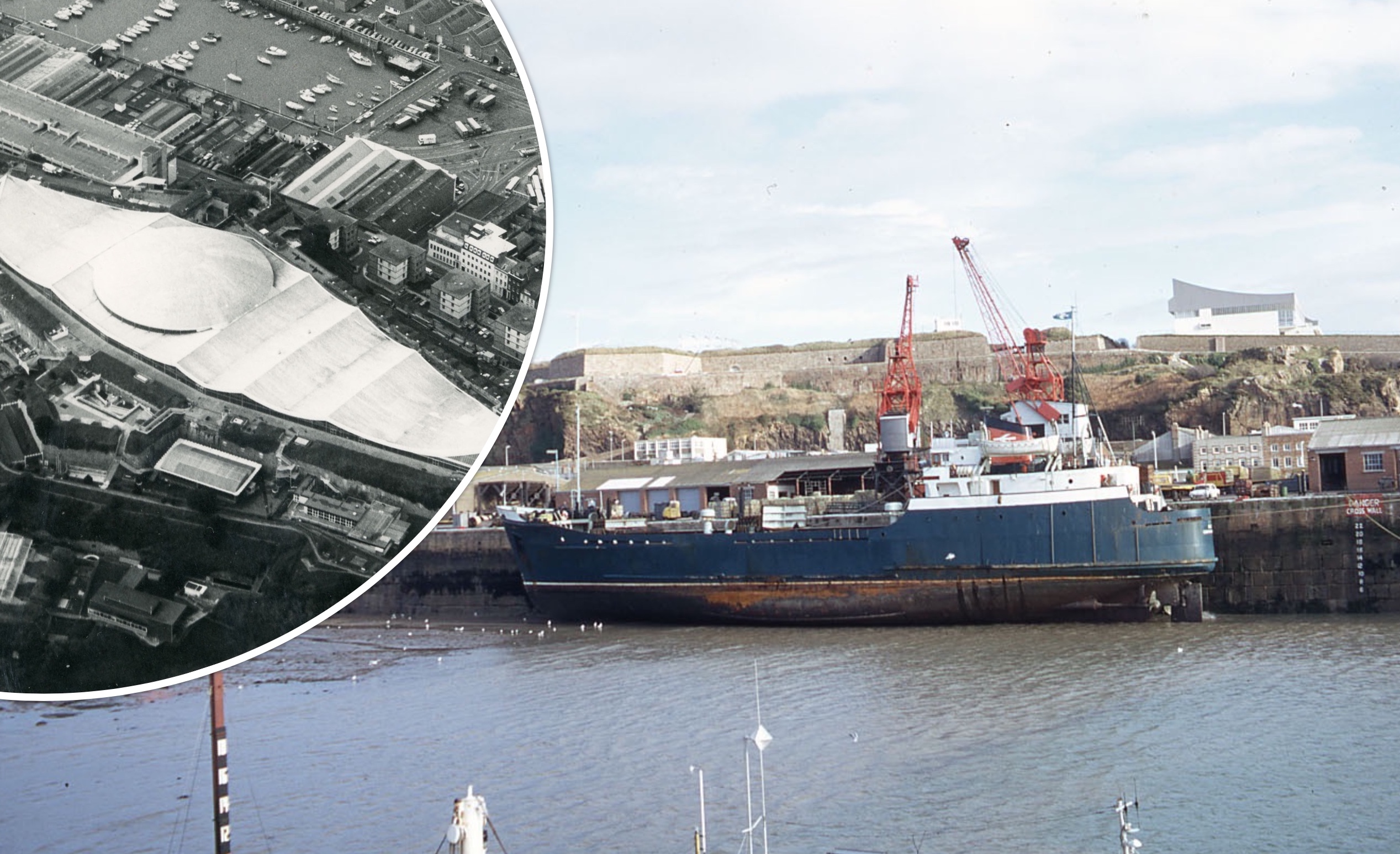 Pictured: As recently as June, Mr Duhamel was campaigning against the destruction of Fort Regent's iconic roof, for which he had secured Listed status.

Current Environment Minister and former Chief Officer for the Environment Department Deputy John Young, said he got to know Mr Duhamel well - both as a civil servant, and later when he sat next to him during the States Assembly.

He first came across him when Deputy Duhamel was a member of Senator Nigel Querée's Environment Committee.

Deputy Young said it was always clear that Mr Duhamel was "an absolutely passionate fighter for the environment" and "well ahead of the field."

"He took a very individual approach and often thought out of the box and ahead of other people, and people perhaps saw him as radical, perhaps ahead of his time," he told Express. "He was a very sincere man, and very much an individual who put his principles into practice in his own life."

In the 2010s, Deputy Young served as Chair of Scrutiny, while Mr Duhamel was Environment Minister. While the relationship between Scrutineers and Ministers can often be a tense one, Deputy Young said that the pair "worked well together", adding: "We did have our differences, but he was always very communicative."

He also praised Mr Duhamel for some of the changes he managed to "seep through" the Island Plan of the time. 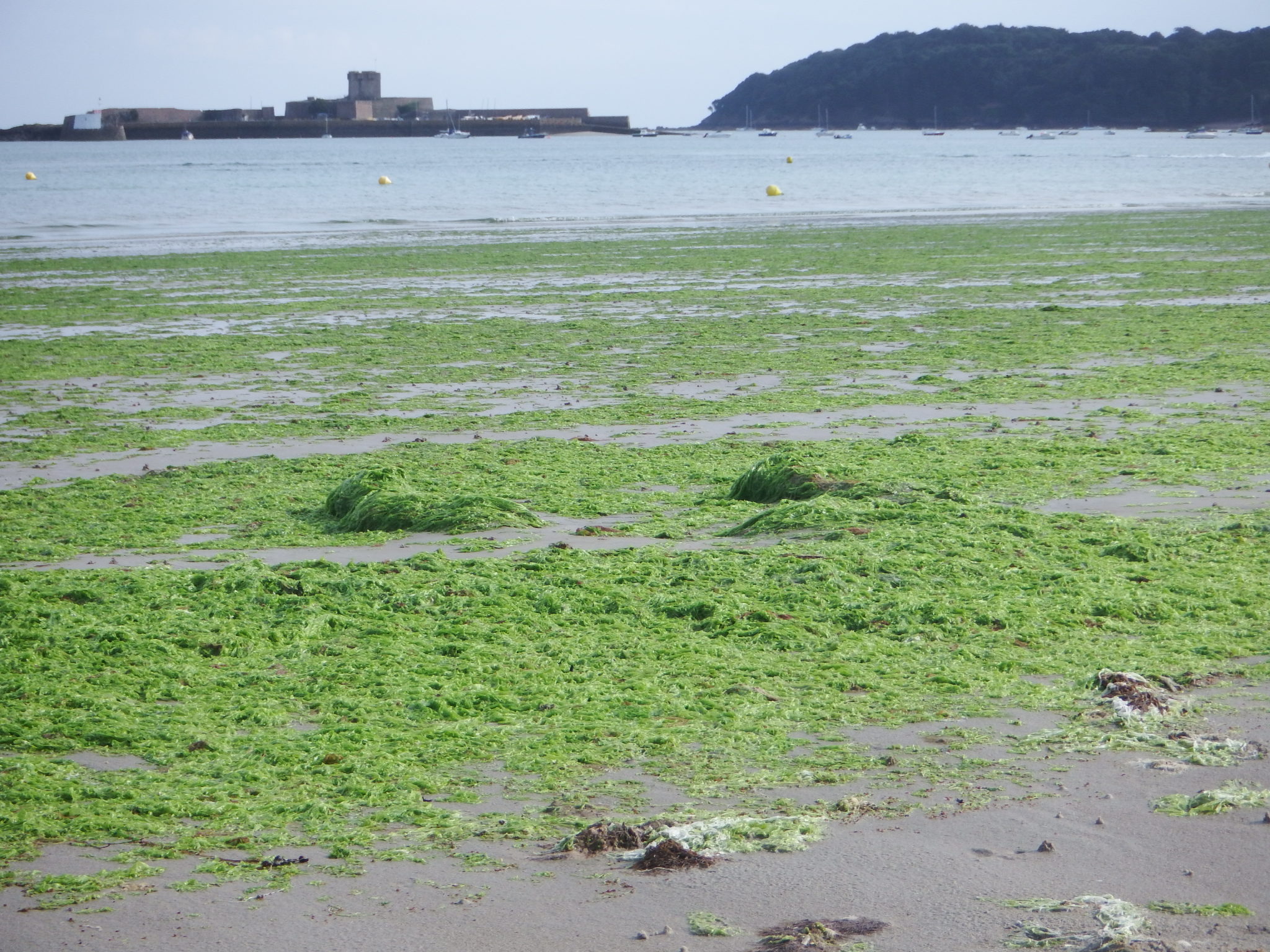 Pictured: Deputy Duhamel had some innovative ideas on how to tackle sea lettuce.

"He's a loss to the island," he concluded.

A recycling and eco-home pioneer

St. Helier's Constable, Simon Crowcroft, worked on several committees with Mr Duhamel, who he lauded as "one of the first States' members to argue for greater environmental awareness."

"He led the charge against the building of the incinerator on the waterfront, believing that the old Bellozanne facility could have been replaced with advanced recycling, including food waste composting," Constable Crowcroft said.

"He also believed that new homes could be provided at lower cost and with a lower carbon footprint than was happening during his time in the States.

"Rob's ideas were sometimes viewed as being 'off the wall' by his colleagues but I think he was just ahead of his time." 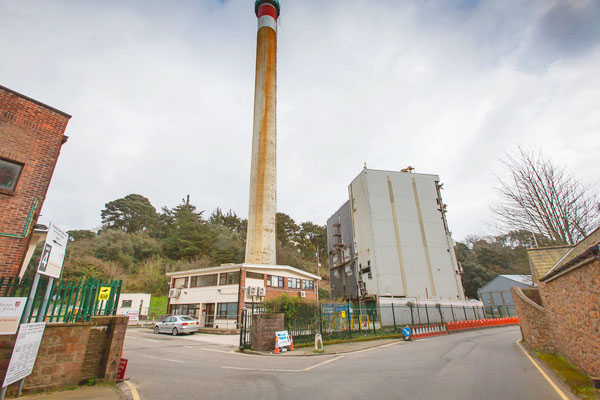 Infrastructure Minister Deputy Kevin Lewis, who was TTS Minister when Mr Duhamel was Environment Minister, said he was "shocked and saddened" by the news, stating he "was an Environmentalist and will be sadly missed."

Former Deputy Imogen Nicholls was elected at the same time in November 1993 as part of the swing to what she remembered as being described at the time as the "Young and the Green".

She commented: "He and I served on the Agriculture Committee together in our first term and together, visited almost every farmer in the island to talk about how they saw the past, present and future of farming in Jersey.

"From that time on, I came to know Rob as a man of huge integrity. He was highly intelligent, a deep thinker and totally committed to his role as a States Member.

"We didn't always agree but Rob always had the quiet conviction that he was right and looking back, I think he probably was - most of the time! 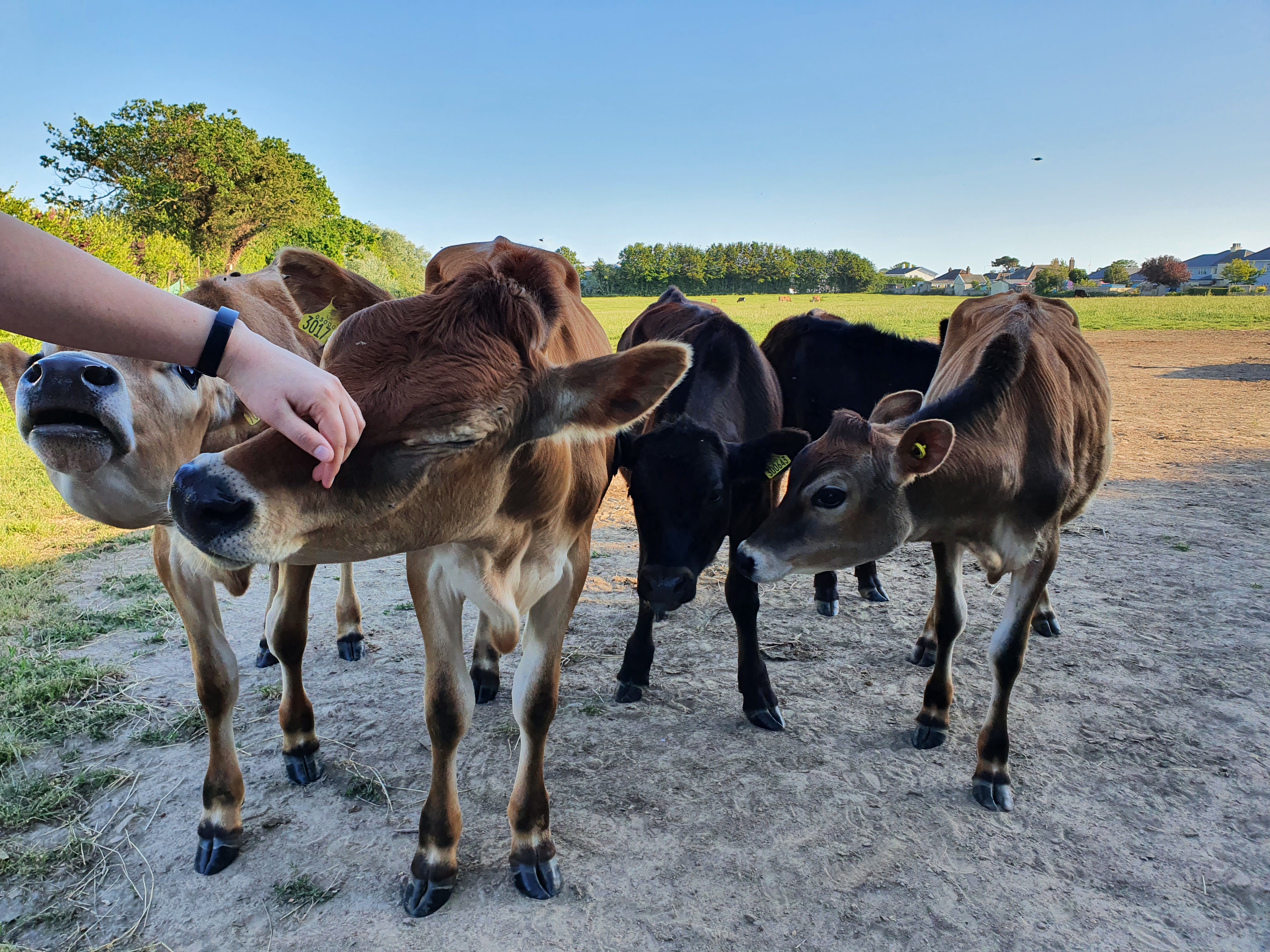 Pictured: Members of the Agriculture Committee, Deputy Duhamel and Deputy Nicholls made it their mission to visit nearly every farmer on the island.

She added: "With his passing, the island has lost a 'green' champion prepared to live what he preached and following his election defeat, the States of Jersey was a poorer place without him."

"He taught me the ropes"

He continued: "I sat next to him for my first two terms. He taught me the ropes.

"He was highly intelligent, a passionate environmentalist and had a great sense of humour.

"My thoughts are with all the family."

I'm shocked & saddened to hear of the untimely death of my former colleague Rob Duhamel. I sat next to him for my first 2 terms. He taught me the ropes. He was highly intelligent, a passionate environmentalist and had a great sense of humour.
My thoughts are with all the family.

A tribute to Mr Duhamel will be read out in this afternoon's States Assembly.