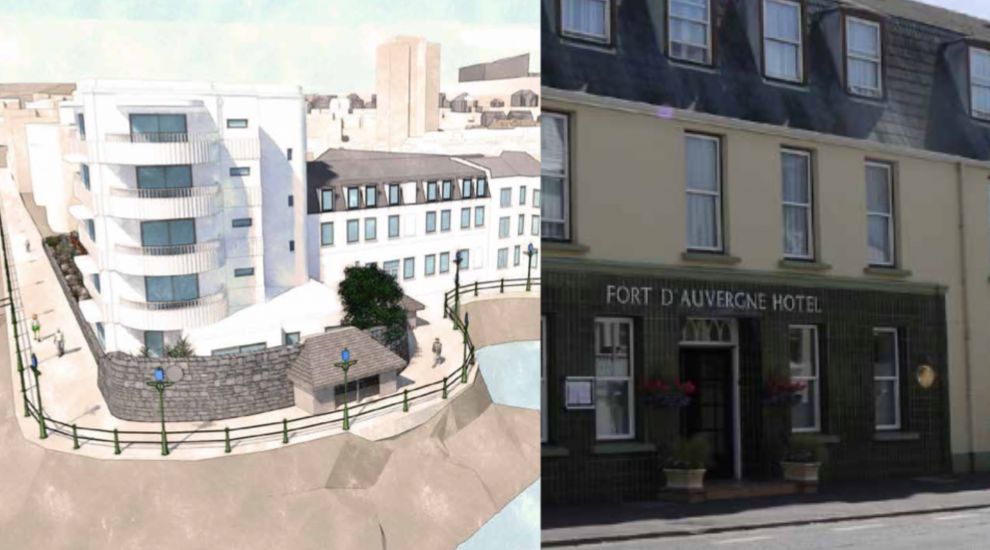 A proposal to demolish part of a Havre des Pas hotel to pave the way for 25 flats has been approved by the Planning Department.

Similar plans had previously been agreed but have since been amended to reduce the scale and mass of the building, whilst retaining the existing hotel.

The new plans will also mean there will be no need to dig to create car park spaces. 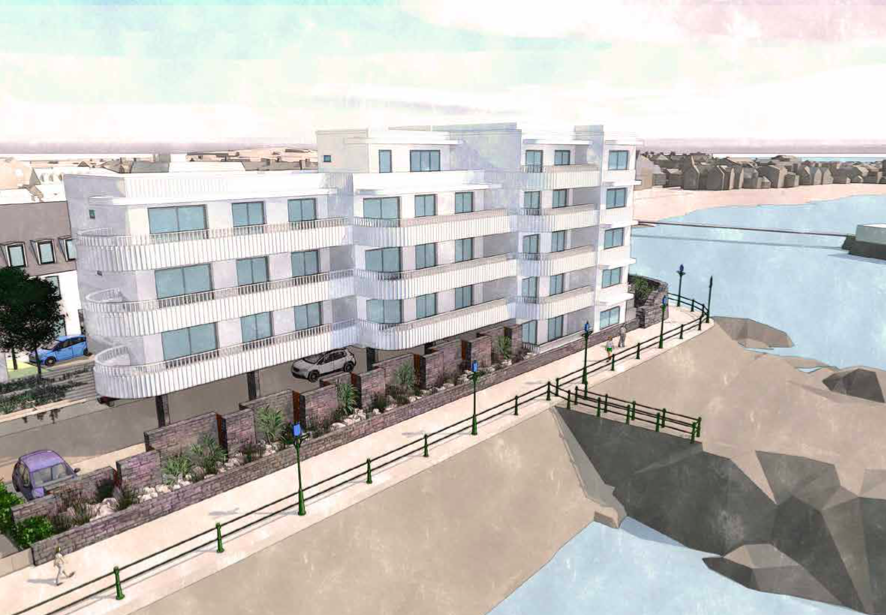 Pictured: The proposed building is smaller than the one which previously received planning approval.

The new building will be five-storeys high on the corner, the same height as the nearby Carlton Apartments, and five-storeys towards the west.

In total, the development will provide 25 one-bedroom and two-bedroom flats with 30 car parking spaces for residents with an extra three for visitors.

There will also be a secure store with electric charging facilities for bicycles.

A maritime-themed landscaped element is set to be installed at the south of the site as part of the development’s 'percentage for art.'

The design statement produced by Waddington Architects notes that the Fort d’Auvergne - a three-star hotel operated on a seasonal basis - has become challenging to operate due to the visitor season becoming shorter and shorter, and the local high cost base.

In addition, the hotel’s operation has been hampered by the lack of on-site or nearby car parks. 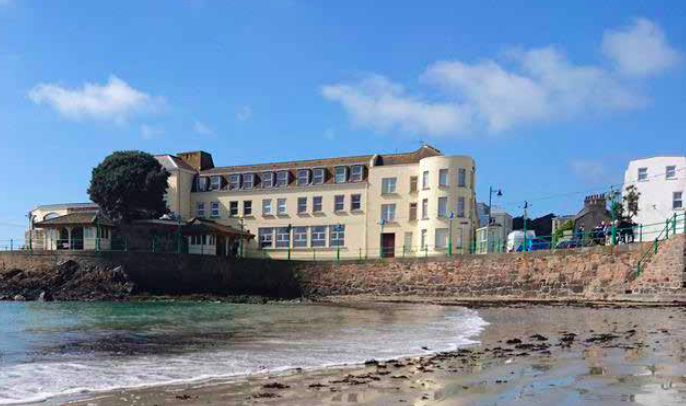 Pictured: The hotel has suffered due to being exposed.

Located on the exposed seafront, parts of the building have suffered over the years. Waddington Architects described the current buildings as “very dated” and “not finished to modern standards.”

“This has added to the cost of operation with increasing investment being required each Spring to bring the hotel up to guest expectations, regarding expected levels of internal and external finishes,” they wrote.

The architects described the new design as “significantly less tall and bulky” than the one previously approved, adding that the new plans would mean the street views of the development would remain familiar with most of the hotel being refurbished. 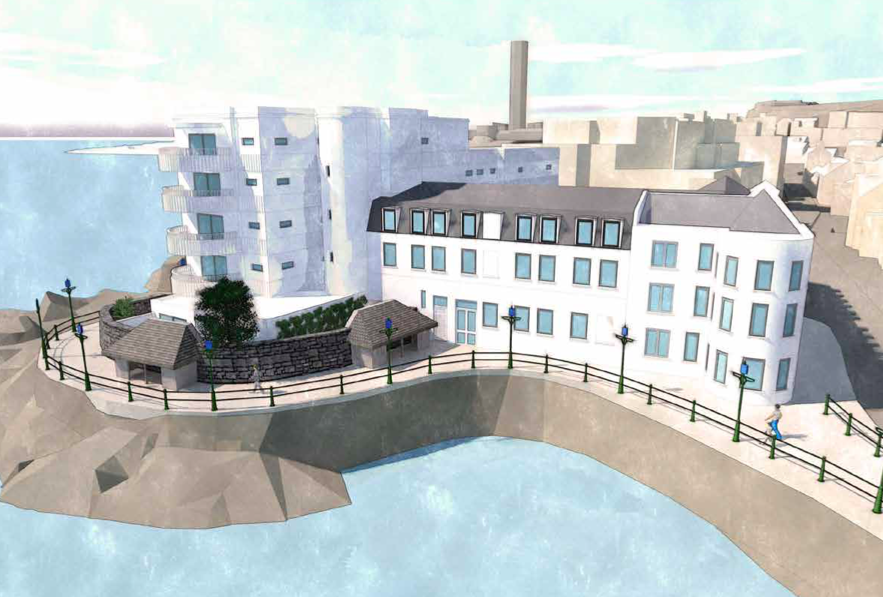 Pictured: The plans aimed to provide “new and attractive seaside homes” via a “sustainable, adaptive re-use of the hotel”.

The facades will be painted stucco, steel and glass with a subtle vertical fluting around the balconies and at each floor level.

The plans aim to provide “new and attractive seaside homes” via a “sustainable, adaptive re-use of the hotel."

They also aim to introduce an elegant new ‘corner’ to the Promenade and marry ‘old and new’ into a single, integrated and attractive development.

As such, the architects have designed curved balconies to soften the architecture and compliment the curves of the Lido and Carlton Apartments.