Cheers to Harry and Meghan! 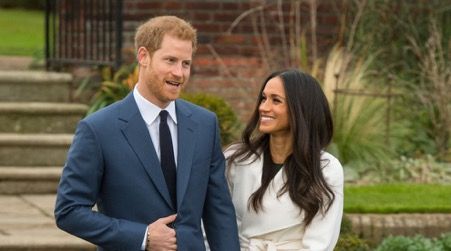 Cheers to Harry and Meghan!

Jersey pubs are set to be open for an extra four hours this weekend as part of the island's celebrations of the forthcoming Royal wedding.

In March the States approved a temporary amendment to the licensing law to allow pubs to stay open until 01:00 on both Saturday and Sunday mornings to celebrate the marriage of Prince Harry and Meghan Markle. Their ceremony takes place at midday on Saturday.

The States Assembly agreed to comparable extensions to mark the Millennium celebrations, the Royal Wedding of Prince William and Catherine Middleton in 2011, and  the Queen’s official 90th birthday in June 2016.

Saturday afternoon also sees Chelsea play Manchester United in the FA Cup Final. Kick-off is 17.15. The States of Jersey Police and Honorary Police Forces have reportedly laid on extra resources to handle any drink-related or public order offences. But, it seems they may not be needed.

When pub opening hours were extended in 2011 the number of incidents was lower than the police had prepared for.  Neither were there higher arrest rates or more public disorder reported as a consequence of the 2016 extension. The police experience appears to have been that some people having consumed alcohol are less inclined to move between licensed premises during the evening, when a temporary extension applies.

To celebrate this weekend's wedding, the Liberation Group has brewed a special beer, Meghan's Sparkle. The brewery describe it as ' a beautifully balanced ale created from the perfect marriage of British and American hops, with a hint of ginger.' Liberation chief executive, Mark Crowther, adds: "we're excited to mark the Royal wedding with a beer fit for a King or at least a Prince. The combination of American and British hops is a marriage made in heaven. Channel Islanders are proud to be British and will want to raise a glass. Hopefully, this beer will prove popular with stag and hen dos as well as those drinking on the day."

Saturday's local weather forecast is likely to be sunny with temperatures of 17C.