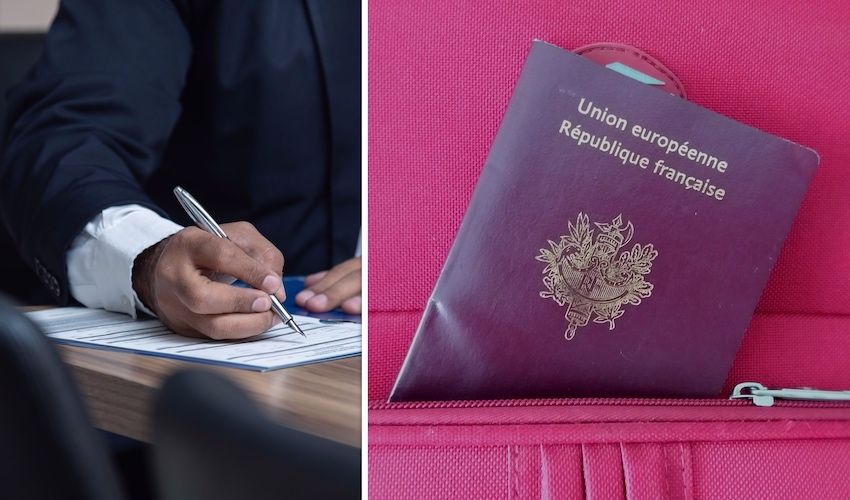 French citizens and those with Franco-British nationality living in Jersey are being reminded they need a passport to travel between Jersey and France, with a consular visit planned in February to help with applications.

Since 1 October 2021, a passport is now required to travel between France and the UK as well as the Channel Islands as part of post-Brexit restrictions.

The Consulate General of France in London is planning a consular visit to Jersey on Monday 14, Tuesday 15 and Wednesday 16 February 2022 to assist with the applications and renewals for passport.

An official from the Consulate General in London will be present during the visit, which has been organised with the assistance of the Honorary Consul for France in Jersey, Christopher Scholefield, and the Maison de Normandie et de la Manche.

During the tour, requests for new biometric passports from French nationals and dual national residents in Jersey will be processed.

Due to a limited number of appointments available, this service will be offered in priority to qualifying persons, those either with mobility problems or another serious reason that makes it difficult for them to travel to London or Saint Malo.

Any French national or dual national living in Jersey, wishing to obtain or renew their French passport during this consular visit and qualifying to do so, must contact the Maison de Normandie et de la Manche before 12:00 on Friday 21 January.

In addition, French Nationals residing in Jersey will be able to meet the visiting official, without appointment, to create a Power of Attorney nominating a person to cast their vote in the upcoming presidential election on their behalf.