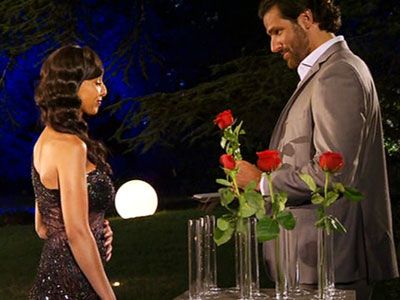 Jersey has been chosen as the perfect destination to get a Frenchman in the mood for love.

The Island provided the backdrop for a french dating show on the digital channel NT1, (Nouvelle Télévision 1), supported by Jersey Tourism. The programme was aired last night to an expected audience of approximately 600,000 people.

The programme concept sees an eligible bachelor dating contestants, then eliminating those each week that have not caught his eye.

The Jersey programme was 90 minutes long and featured the bachelor on dates at Corbiére Lighthouse for a romantic picnic, blokarting at St Ouen’s Bay, coasteering at St Brelade’s Bay with Absolute Adventures and dinning at Longueville Manor.

Jersey Tourism partnered with the Royal Yacht Hotel for the accommodation, and with Flybe and Condor France to bring the cast and crew of 28 to the island for filming.

The producer of the show first became interested in featuring the island when she saw a Jersey Tourism campaign advert in Elle magazine. David de Carteret, Director of Jersey Tourism commented: “We are delighted that NT1 has chosen Jersey as the destination for this programme as it adds weight to our French 2014 campaign promoting Jersey as a short break destination.”