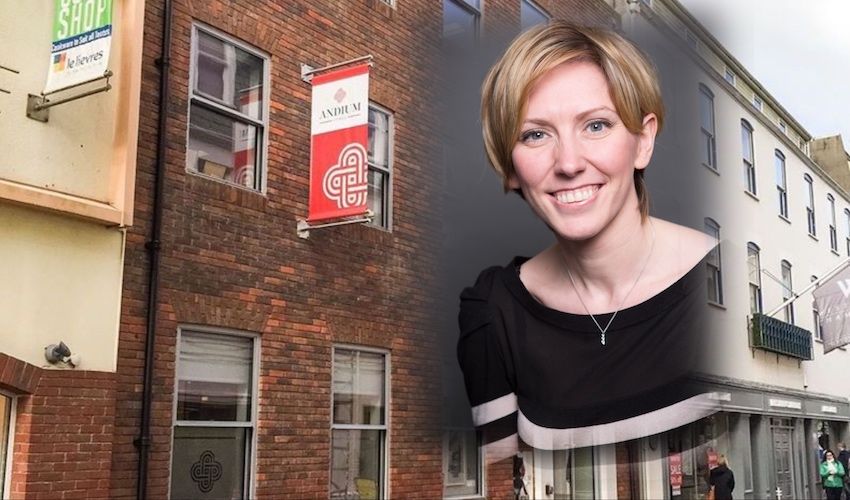 Further appointments have been hailed as bringing “additional stability” to Andium’s board following the departure of directors in the wake of a recent row with its government shareholder over executive bonuses and pay – as more vacancies still need to be filled.

The social housing provider has announced the latest in a series of appointments to its board as internal candidate and Chartered Accountant Lindsay Wood is brought on as Andium’s new Finance Director.

She replaces former Chief Operating Officer John Hamon whose scathing resignation letter kicked off the major row over executive pay when it was leaked to the media just days before a report on how the Treasury handled pay and bonuses was published by the Comptroller and Auditor General (C&AG).

Pictured: The C&AG's report detailed issues with how pay and bonuses were handled.

Mrs Wood’s appointment and the re-election of Non-Executive Director Judy Beaumont have been described by new Chair Sir Mark Boleat as bringing the board “additional stability” in the face of “a number of changes”.

C&AG Karen McConnell's report set out a detailed case study of how the increasing remuneration of Andium's CEO Ian Gallichan, and Mr Hamon, was handled by the Board.

Their pay packets went up very significantly in fewer than five years, allegedly without going through the approval procedure with the Government as sole shareholder - something the Board continues to deny.

Having worked at Andium as Head of Finance since it was incorporated, Mrs Wood joins the board permanently after being instated as Acting-Finance Director since Mr Hamon left his post.

Commenting on the appointment and the re-election of Mrs Beaumont, Sir Mark said: “We carried out an open selection process and the position was duly advertised. There were several well-qualified external applicants, but Lindsay was the strongest candidate and the Board enthusiastically endorsed the conclusion of the Selection Panel that she be appointed.

Being able to appoint an internal candidate given strong competition from external candidates is always pleasing for an organisation. The Board has faced a number of changes in recent times, so I am also pleased that Judy Beaumont has been re-elected for a further term, providing additional stability to the Board.

“Andium is currently recruiting a further two Non-Executive Directors to fill vacancies on the Board and expects to announce appointments at the beginning of February.”