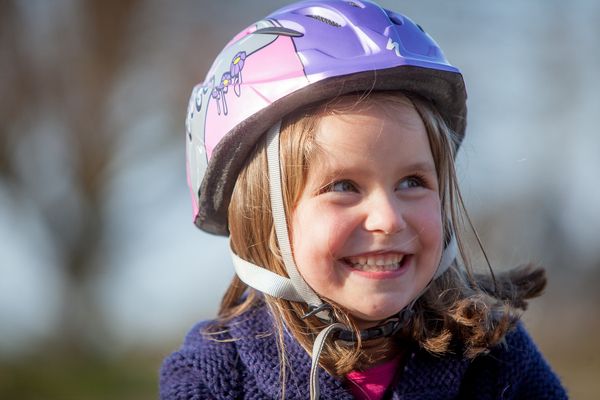 A law forcing kids under 14 to wear cycle helmets on the roads could be in force by the summer.

After three years of work, Transport Minister Kevin Lewis wants to introduce the new law which would punish parents who let children out on their bikes without helmets with fines of up to £50. The law would make it compulsory for children to wear helmets when cycling on roads or cycle tracks and when they are sitting in a trailer pulled behind a bike.

Housing Minister Andrew Green, whose son was left with a brain injury after falling off his bike, has been keen to see a law in place for a number of years. He became a campaigner for brain injury charity Headway, and is now the chairman of the charity in the UK, having been made an MBE for his charity work.

When he first joined the States, he convinced them to approve plans for helmets for under-18s  but it never became law. A year later he got the then-Transport Minister Constable Mike Jackson to lower the age limit to under-14s.

If the law is finally approved in April, the Police will have the power to stop any child caught riding a bike without a helmet and get their name, age and address.

The law wouldn’t apply to riding bikes on the beach nor on cycle tracks if the bike is being steered by an adult walking alongside. Youngsters wearing turbans won’t have to wear a helmet either.

Deputy Kevin Lewis’s proposition is due to be debated by the States on 29 April and if approved, would come into force on 29 June.

New York has similar legislation to protect youngsters on their bikes.