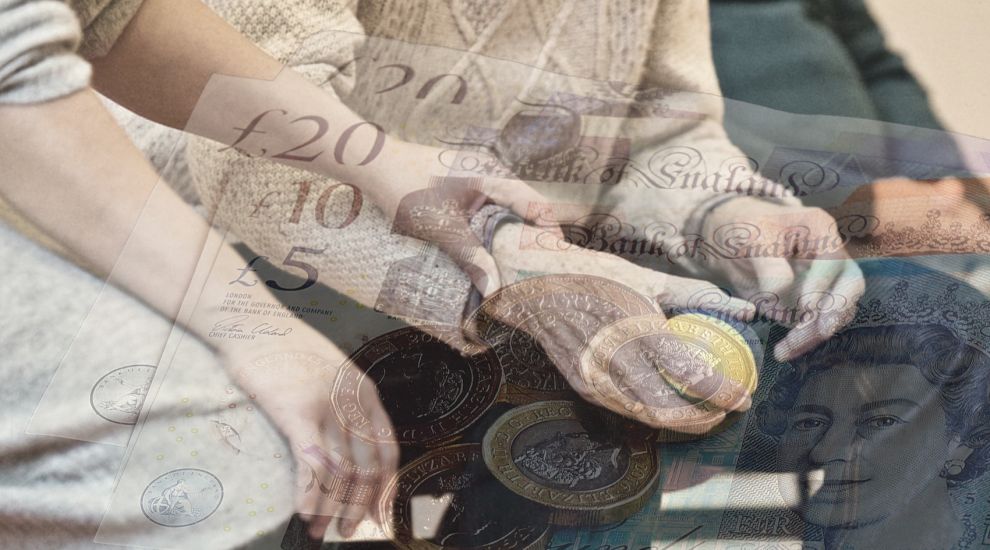 The company behind a string of 60 UK care homes has come under fire in a report claiming it was “aggressively” avoiding tax by using complex structures based in Jersey, Guernsey and Luxembourg.

The report by the Centre for International Corporate Tax Accountability and Research (CICTAR) says that, despite charging residents over £225 million in fees in 2019, Canada-based Revera’s three UK care home companies - Sunrise, Gracewell and Signature Senior Living - reported little or no profit, and even claimed multiple tax credits.

Though legal, using offshore subsidiaries based in places like Jersey, where the corporate tax rate is 0%, CICTAR argues, raises ethical questions, as they say not paying tax in the relevant jurisdiction can deprive governments of the ability to invest in their services.

Their report concludes that there should be an investigation examining the impact on pubic funding for health and care services due to profit shifting, and what purpose complex corporate structures serve within the care sector.

Video: The report was published by Public Services International.

Unions, meanwhile, are calling for Revera - which is 100% owned by a Canadian public sector pension fund - to be made public.

Their report lays out the structures across Jersey, Guernsey and Luxembourg in detail.

Although Revera is 100% owned by a public pension fund, CICTRA says it appears to be acting like “a private equity-owned care home operator."

They say that Revera, together with Welltower, its UK joint venture partner and one of the largest publicly listed US Real Estate Investment Trusts (REIT), has structured “UK investments through tax havens in what appears to be a scheme to avoid taxes on profits generated from UK operations." 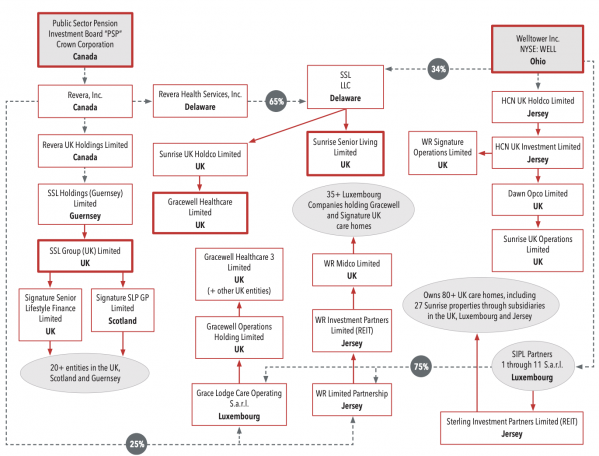 CLICK TO ENLARGE: CICTAR drew up this graph of Revera's and Welltower's corporate structure.

“Aggressive tax avoidance on UK care homes appears to violate the pension fund’s own responsible investment principles. In the UK, and globally, there is an urgent need to end the use of tax havens and contrived corporate structures specifically designed to reduce or eliminate tax liabilities where profits are generated,” they added.

The report also notes that Revera is facing scrutiny for covid-19 deaths in its homes and suggested that reforms should be made to ensure that profit is not prioritised. 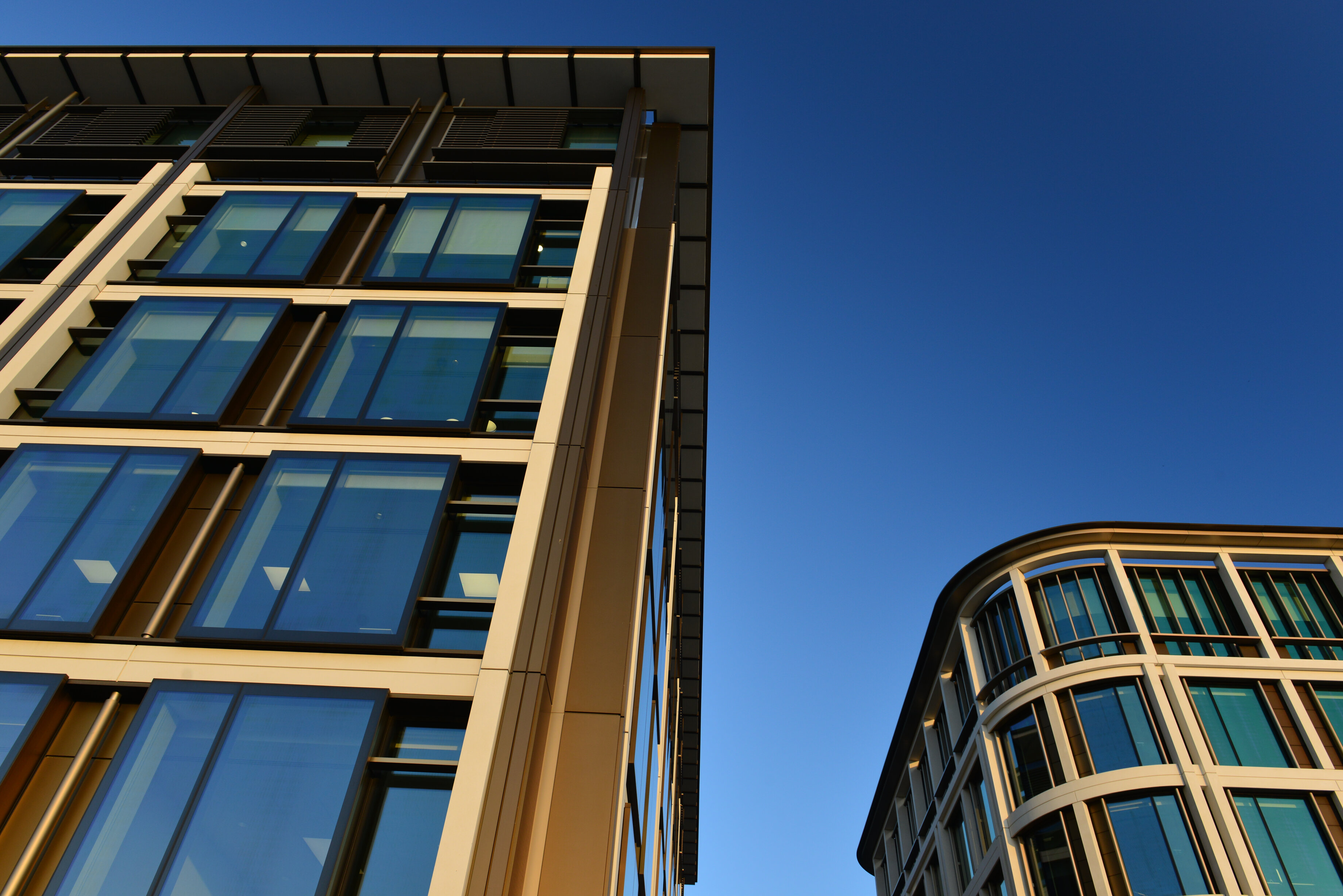 Pictured: The care homes are owned by “tax haven subsidiaries” in Jersey, Guernsey and Luxembourg as part of “complex corporate structures apparently designed to extract and offshore profits."

“Under-staffing and low pay are one side of profit maximisation,” CICTRA wrote. “The other side, largely unseen, is aggressive tax avoidance in a sector heavily reliant on a public funding. This report outlines how three UK care home operators, with more than 60 homes, collect hundreds of millions of pounds in resident fees, while shifting profits offshore through complex corporate structures and tax haven subsidiaries. These three operators reflect a broader pattern across the UK care sector now dominated by private equity investors seeking to extract and offshore profits.”

Noting that Revera’s case is not unique, CICTRA also called for “urgent reform” in the UK care sector “to ensure high quality care and greater transparency and accountability on public spending”.

“Aggressive tax avoidance is unacceptable by any corporation, but particularly egregious in the care sector.”

Responding to the report, a spokesperson for Revera told The Times: “Revera structures our affairs in a manner that abides by all laws in the jurisdictions where we operate.”

Posted by Dave Mathews on Feb 26th, 2021
Such Tax Avoidance structures should be outlawed and our Zero Tax regime should be reviewed again before the EU Commission decides to Blacklist us for it.
To place a comment please login Login »