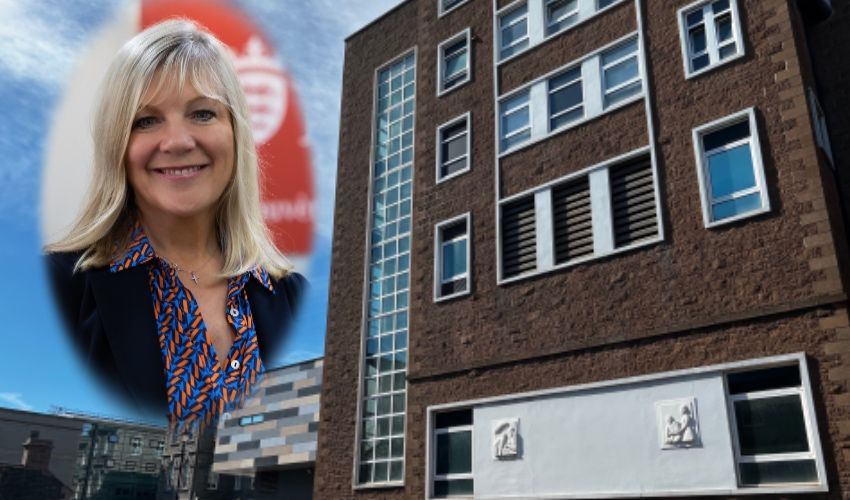 Allegations of bullying and intimidation by senior managers in Health - set out in an anonymous letter sent to politicians and the media - will be now be looked into by Government CEO Suzanne Wylie, Express understands.

The letter was sent in the aftermath of a report by a senior clinician and adviser Dr Hugo Mascie-Taylor, which itself claimed that bullying, a “bias against standardisation” and “vested interests” were dominant in the health service.

The anonymous letter, which Express has seen, sets out an alternative narrative, alleging bullying, collusion, and mismanagement within departments at the Hospital.

It gives alleged examples, which the author says “has brought our hospital to its knees and literally to the point of complete collapse”.

They include allegations of bullying of doctors and the appointment of “incompetent” specialists. The letter writer claims that all the examples can be supported by “extensive written evidence in the form of many emails and committee minutes."

Now, Mrs Wylie has pledged to get to the bottom of the allegations. It will remain an internal matter, Express understands, but the Government is taking the matter seriously.

Health Minister Karen Wilson has pledged to root out bullying within Health and ‘transform’ the service by introducing new governance procedures, which Dr Mascie-Taylor identified as lacking.

In an interview with Express immediately after publication of his report, Dr Mascie-Taylor said that his 61 recommendations were based on comments made in interviews with dozens of health staff, which he gathered during trips to and from the island over the course of 18 months.

Professor Mascie-Taylor said he believed that it was a “minority that are bad apples” at the Hospital.

He said: “I don't how big a minority, but a minority, and then probably they’re only bad apples in one particular way. So, I think it would be quite wrong to be overly alarmist about this.

“I don’t think the staff in that institution are particularly different from that in any other hospital, I think it would be wrong to conclude that. I just think that the way it’s constructed, with a lack of accountability, and a lack of openness and transparency, means that you’re not quite sure what is going on.”

In the recently published Government Plan, an extra £25m has been allocated to Health to fund reforms and bring down waiting lists.

Posted by Martin on Oct 19th, 2022
It would be wise for Wylie to put her email address to this as many persons may/WILL have relevant info!
Posted by Stathia Ekdikisi on Oct 20th, 2022
' It will remain an internal matter... but the Government is taking the matter seriously'. The allegations of such nature concerning senior managers of health department cannot be fairly investigated internally. Jersey is a small world, no civil servant would dare to objectively investigate the top leaders of Health. One could assume that the bullying allegations have been flagged internally and apparently without succcess. So it is either or. It cannot be internal and serious. Unless organisations like CQC or GMC get involved we won't know the truth.
To place a comment please login Login »

Concerns human waste may have left drains during flash floods