Gov secure £500m loan to pay off past pension liabilities 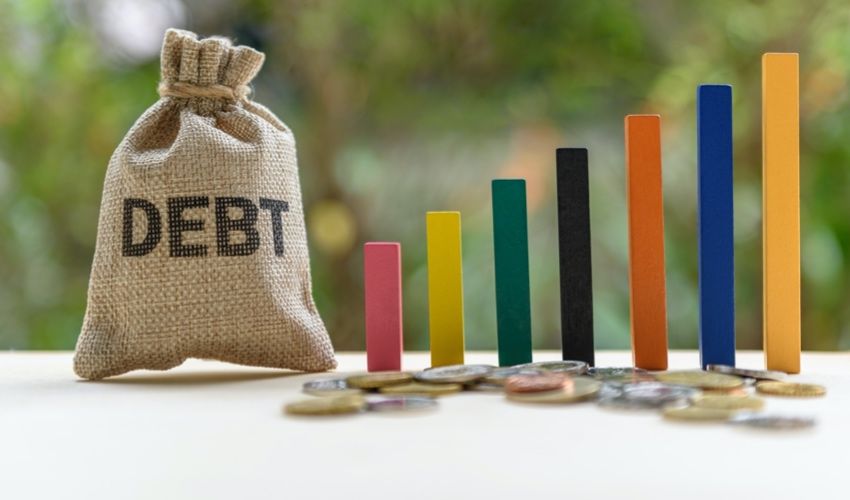 Gov secure £500m loan to pay off past pension liabilities

The Government has secured a £500m loan to re-finance the pension liabilities of retired civil servants and teachers.

It will pay off the publicly listed sterling bond at a fixed interest rate of 2.875% over 30 years.

It is the first borrowing to be approved under the Government’s ‘debt framework’ that Members approved last September, when they backed £1.8 billion of borrowing, including £756m to build a new hospital.

This hospital borrowing was initially going to form the first tranche of borrowing but this has now been put back until after the June election.

Pictured: A graph explaining how the Government believe that paying off its pension debt early will save money in the long term.

The Government argues that, with interest rates at historically low rates, it has the opportunity to refinance these liabilities, to pay them off sooner and save £3.6 billion of taxpayers’ money in cash terms, and £700m when inflation is taken into account.

Existing budgets will be used to pay the interest costs, and the Treasury will create a ‘sinking fund’ to eventually repay the borrowing, which will be held in the Strategic Reserve, which attracts it its own interest and dividend income.

Treasury Minister Susie Pinel, said: “This has been a successful outcome to our first bond issuance for eight years. The long-standing partnership between Jersey and the United Kingdom, combined with our strong and stable credit rating [AA-], has played a key role in the successful issuance of the bond.

“We are able to raise funds in this way due to our strong credit rating, which is underpinned by our healthy financial reserves.”

Pictured: The Government argue that the bond will save taxpayers £700m when inflation is taken into account.

The bond issuance followed the advice of the independent Treasury Advisory Panel and the Government’s appointed debt advisers, EY. The joint Lead Managers (known as book runners) were HSBC Bank, Barclays, Lloyds and Royal Bank of Canada. The UK legal adviser appointed to act for the States of Jersey was Allen and Overy LLP and Carey Olsen LLP acted as Jersey legal counsel.

This is the second public rated sterling bond that the Government has issued. In 2014, it borrowed £250m, which it then gave to Andium to update and expand the island's social housing stock. This bond, which has a 3.75% fixed rate of interest, will be completely repaid in 2054.

Posted by Richard Lock on Apr 30th, 2022
This article refers to the public pensions black hole that Ben Shelton identified over 10 years ago but which was consistently denied by Government. Hansard will reveal who misled us and failed to then take measures to plug the actuarial deficit at a far lower price than we are coughing up today. Why does this not surprise me. The appalling money stewardship has been prevalent for years and will impact our children for decades.
Posted by Richard Milner of leeds on Apr 30th, 2022
So £500m of borrowings for which there is no need. Nice start to the year.
Posted by Private Individual on Apr 30th, 2022
My god! This is being narrated as if this is a good thing!

This government has been reckless with our money and we are now being asked to pay more in tax to pay for golden handshake pensions whilst the rest of us have to work to 67 to pay for them whilst civil servants retire at 55.

Why has the government not been called to account to answer why this was allowed to happen in the first place?

This is disgraceful management of public finances and someone needs to be held to account.
To place a comment please login Login »