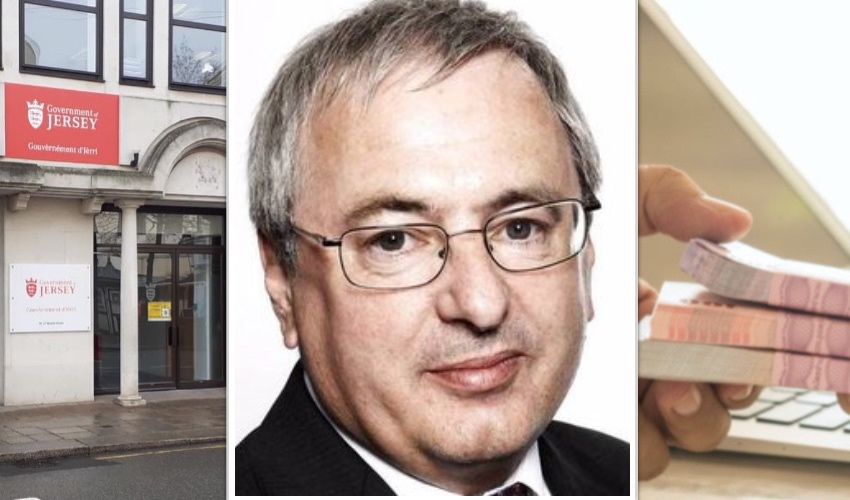 The Government is right to pay off a £450m pension liability - but it should have properly tackled the issue years ago when the price would have a been much lower, according to a local businessman who has long kept a close eye on the Jersey’s public finances.

Former Chamber of Commerce president and Jersey Post CEO Kevin Keen has persistently called on the Government, and States before that, to bite the bullet and pay off the growing shortfall in its now-closed final salary pension scheme.

The Government's intention to settle its liability with a loan was revealed in the Treasury Minister's 'debt framework' which was published last week.

With people living longer and interest rates remaining persistently low, the value in the pre-1987 ‘Public Employees Contributory Retirement Scheme’ (PECRS) pot has been unable to pay for the pensions of retired civil servants.

This emerging shortfall was first 'addressed' in 2005, when the government of the day said it was taking “bold steps” to address the issue by capping its PECRS liability and limited its liability to the pre-1987 scheme, which then had a deficit valued at £125m.

Its other main pension scheme, the Jersey Teachers’ Superannuation Fund, then had a deficit of £166m.

16 years’ later, that combined £291m deficit has risen by 54% to around £450m, which the Government plans to pay off by borrowing that amount. It is confident that paying the interest and capital on the loan over 30/35 years will be significantly cheaper than continuing to pay into the schemes themselves.

Mr Keen said: “When you kick the can down the road, it just gets more and more expensive, so the Government is right to tackle this now. However, it begs the question, why wasn’t it dealt with in 2005, when the then Treasury Minister Terry Le Sueur said the pension liability would be capped at £125m?

“Chief Minister John Le Fondré is doing the right thing now, but he was Senator Le Sueur’s Assistant Minister at the Treasury in 2005 so why has this taken so long to address?

“The Government needs to review all of its final salary schemes to make sure there are no more surprises, which will ultimately have to be paid for by the taxpayer.”

Explaining why it was addressing the pre-1987 liability now, a Government spokesperson said: “Action was taken to address the PECRS Pre-87 debt in Medium Term Financial Plan, 2013-15.

“These increases to the base budget for repayment reduced the term by 29 years, delivering a cost reduction of £1.7 billion over the lifetime of the debt. As a result, the PECRS Pre-87 debt repayment date was brought forward to 2053 and this earlier repayment date is included in pension scheme regulations.

“The current low interest rate environment means that it is now an opportune time for the Government to take further action to repay the PECRS Pre-87 debt and JTSF Pension Increase Debt and deliver long-term sustainable finances for the island.”