Green-fingered thief gives in to hemp-tation 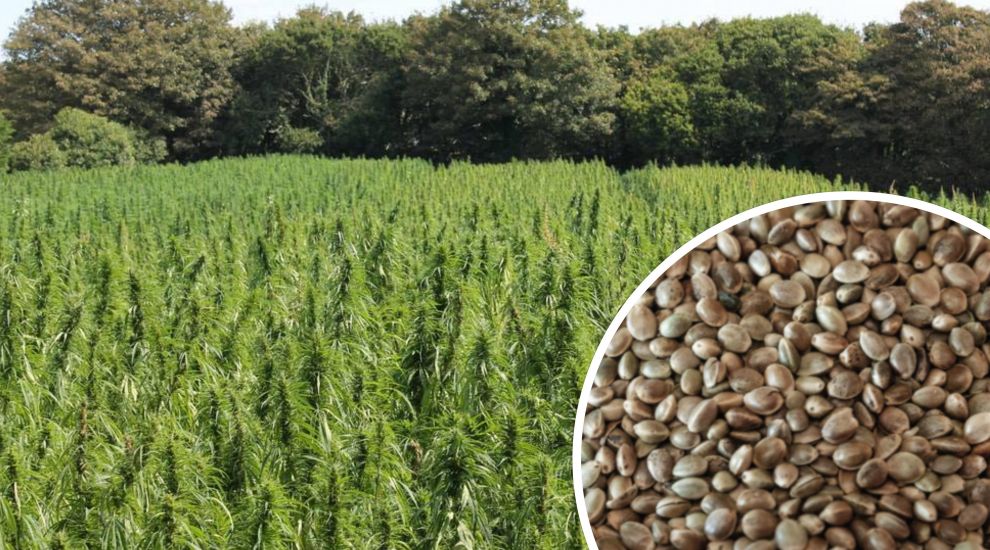 Green-fingered thief gives in to hemp-tation

Jersey Hemp are urgently warning islanders to stay away from their crop after a man was spotted stealing a plant from their fields, sparking a Police alert.

The Genuine Jersey company, which is guided by a group of four and is only in its infancy, made the announcement yesterday in an attempt to nip the behaviour in the bud and urge them not to "jeopardise" their project.

The team only grow industrial hemp – a form of the cannabis plant with no psychoactive effects if consumed.

That hemp can then be transformed into a plethora of products, including culinary and therapeutic CBD oil, building materials and even face masks.

But it’s those many uses – and islanders’ confusion over hemp’s resemblance to its sibling plant – that has earned Jersey Hemp lots of attention. Perhaps too much.

Last week an enthusiast tried to get his hands on some, using not so legal ways. He was caught on camera trying to steal a plant from one of the fields at Jersey Hemp’s Warwick Farm site. The incident prompted the Jersey Hemp team to take to social media to ask people not to steal from their fields.

CEO Dave Ryan told Express: "This is the kind of thing we thought would happen. We don't want this to escalate so we want to nip it in the bud. We want to get the message out there that ours is an industrial crop. People can't use in the way they might want to. Still, you will get into serious trouble with the police if you are found with it."

He added: "We don't want anyone to get into trouble for it. Plus, you are not going to get anything from it."

Mr Ryan explained that as per Jersey Hemp's licence, which the States issued after getting advice from the UK Home Office, the company has to alert the police of any incident in their fields, whether it is something getting vandalised, damaged or removed.

"It is part of our licence agreement," he says. "On Wednesday night, I had to call them again. A friend of mine who was driving past Warwick Farm saw people hanging around at the front and he called me. Those are isolated incidents and we hope we won't have to keep calling the police."

Video: Jersey Hemp planted the first crop of industrial hemp in May 2017.

With the crop being industrial, Mr Ryan says it has no value, expect to the Jersey Hemp team. While there have only been two incidents since they started their hemp adventure, they have serious consequences for what it is effectively Jersey's first commercial crop in 100 years.

"We are harvesting the crop for its seeds," Mr Ryan explained. "It is quite valuable to us. We only have a small crop so if a field went missing because of people stealing or vandalising it, it would make things more difficult for us.

"Every bit that is damaged makes it more difficult for us to get established and started. We are pleading the general public and our message is basically, 'Don't jeopardise Jersey Hemp."

From potential hospital site... to hemp farm run by firefighters