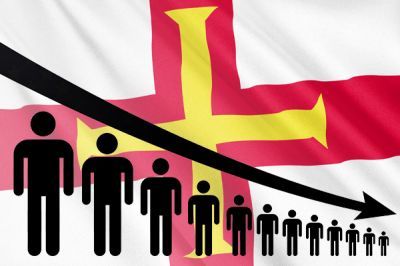 If you think Jersey has an issue with the number of people living here, it's worth taking a look across the water to Guernsey, where the population is falling....just.

The Quarterly Population, Employment and Earnings bulletin published by the States of Guernsey said there were 62,432 people living in Guernsey at the end of September 2017, 14 fewer than three months previously - that drop is in line with a wider projection which said the population will fall considerably by 2065.

In all, the population statistics gathered quarterly suggest Guernsey population is continuing on its downward trend. 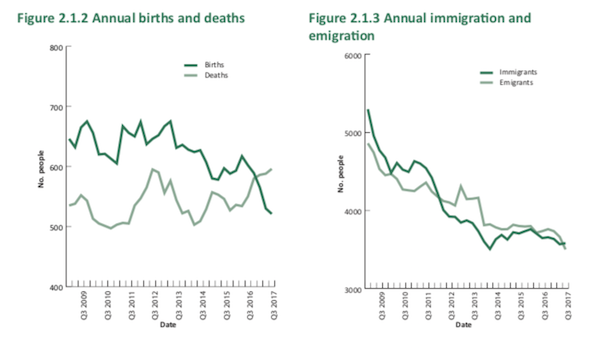 Pictured: The latest population statistics released by the States of Guernsey.

The latest statistics for Jersey, released in June, showed that population had hit a new high, increasing by 1,300 over the last year and 11,500 over the last decade, while the amount of skilled workers coming to the island has doubled.

The report revealed that Jersey’s population stands at 105,000 - and is still on the rise, but so is the number of “higher skilled” employees coming to live and work here. Of the 1,200 people who came to Jersey in 2017, 400 were ‘licensed’ workers and 800 were ‘registered’ (formerly non-qualified) employees.

These figures showed that Jersey's population is on track to become nearly three times the size of Guernsey's. Although that won’t happen for around 40 years, it demonstrates that the two islands are experiencing very different population stories, with Jersey’s appearing to be growing steadily, whilst Guernsey’s is flatlining.