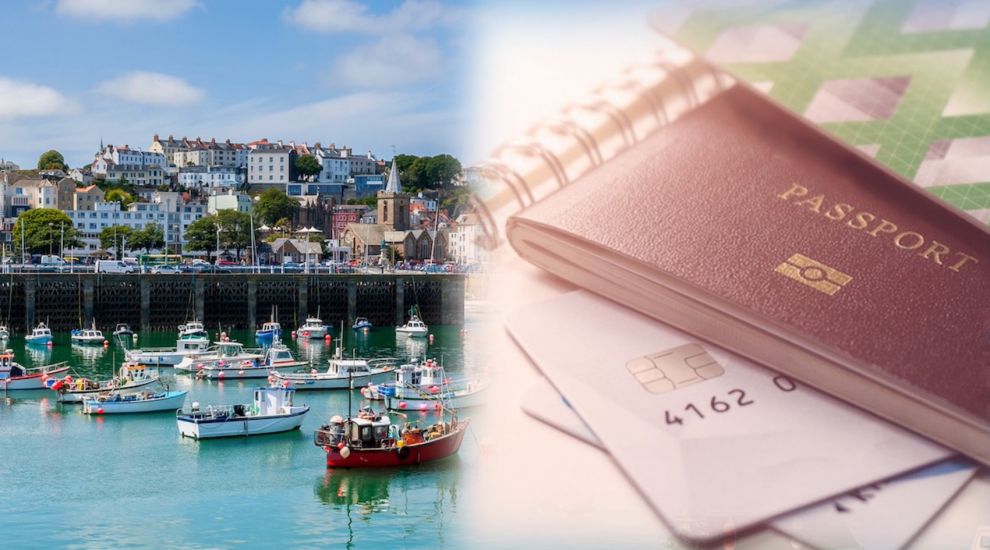 Travellers from Jersey will not have to be tested or quarantine when they visit Guernsey from July.

The removal of restrictions, which applies across the entire the UK Common Travel Area, was announced this afternoon by the island.

From 1 July, the island will be using a 'traffic light system', like Jersey and the UK.

For green zone arrivals, tests on arrival and Day 7 would be required, and self-isolation until the first result comes through. If someone from an 'amber' region has been fully vaccinated, they will be treated in this way.

Those coming from amber zones will have to undertake a test at the border and Day 7, but isolate until a negative result on the second test.

Red-listed arrivals will have to have a test on arrival and on Day 13, isolating until their second result.

However, Guernsey's system also includes a 'Blue' category for anyone travelling from the Common Travel Area, which will not involve any testing or isolation. People travelling from a green region who have been fully vaccinated will also be considered 'Blue'. 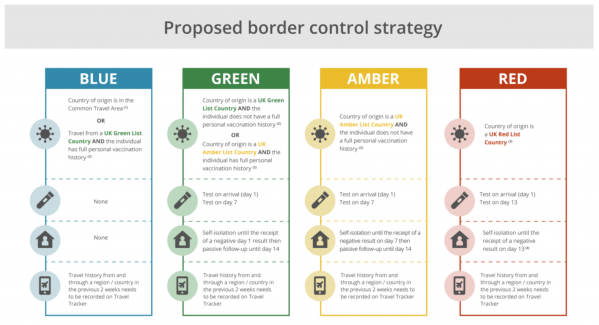 It marks a significant step towards unlocking for Guernsey, which has previously operated a stringent border system and maintained a covid elimination policy.

It was this difference in approach to Jersey that led the island's previous Chief Minister, Deputy Gavin St. Pier, to decide against creating an 'air bridge' with Jersey last year.

Guernsey's Chief Minister, Deputy Peter Ferbrache, said: “This is a big and positive step, this will mean effectively the removal of border restrictions which have made travel very difficult for many islanders, their friends and families for many months.

"For countries where there is still significant concern and are therefore still considered ‘amber’ or ‘red’ by the UK, we will maintain testing and self-isolation requirements, and we will override the UK list where necessary if we have any additional concerns about any destination.

"But our vaccine protection mean it could soon be disproportionate to impose those kinds of measures for travel to the UK itself and to countries that present an extremely low risk."

Posted by Scott Mills on May 23rd, 2021
Good news then, no social distancing...ding ding round 1
To place a comment please login Login »