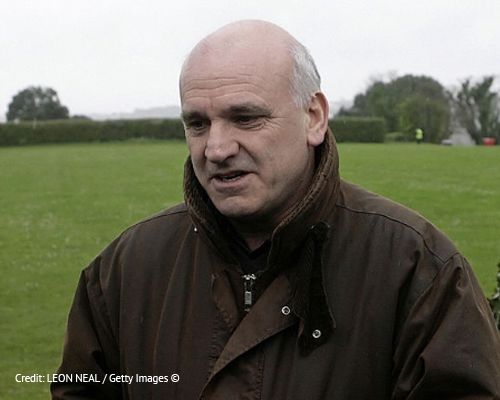 Former Deputy Police Chief Lenny Harper says the corruption he found in the States of Jersey Police was the worst he had seen in his career – and claimed that when some corrupt officers were sacked, they were immediately reinstated by politicians.

Giving evidence at the historic child abuse inquiry, Mr Harper said he uncovered corruption including police officers handing information to criminals, officers trading prescription drugs for sex with prostitutes and a police officer being involved in a plot to import half a million pounds worth of cannabis in a light aircraft.

The retired detective also referred to conversations and correspondence with senior States lawyers about the possibility of a "paedophile ring" operating in Jersey, with links to the States of Jersey Police.

And Mr Harper – who retired in 2008 – said that there was “rarely an occasion” in his six years in Jersey when one or more officers were not the subject of an undercover operation for corruption.

The States of Jersey Police have declined to comment on Mr Harper’s claims.

The retired policeman gave his evidence yesterday, speaking via videolink from Edinburgh. He said that the investigation into historic child abuse could have started years earlier, but that an initial report calling for a full investigation into abuse in children’s homes just sat on a shelf.

His written statement included a reference to what he said was police legal adviser Laurence O'Donnell's view that "that there was a paedophile ring in the Island of Jersey", adding "he convinced me that the problem was serious and widespread." In more evidence seen by the inquiry, another lawyer wrote in an email: "It seems to me that Lenny Harper was right to contemplate the possibility that this may be evidence of a paedophile ring with links to the States of Jersey Police. One has to think the unthinkable."

But Mr Harper’s most explosive evidence was on alleged police corruption – as head of standards at the States of Jersey Police, he was effectively in charge of policing the police, and also pressed for much tighter controls of firearms in public ownership.

He told the inquiry: “There were a lot of instances of police officers feeding info from police systems, that’s corruption. There were giving other information to criminals. They were taking money off criminals and those are probably the most serious types of corruption.

“The level of corruption in Jersey was far worse than I experienced in Strathclyde. In Strathclyde most of the dealings I had were with bullying and inappropriate behaviour.

“Throughout my tenure as Deputy Chief there was rarely an occasion when we were not running an undercover operation against corrupt police officers and on not one occasion did I have to go outside the force to recruit detectives or police officers to carry out those investigations.”

And Mr Harper claimed that on four occasions, sacked officers had been reinstated by the Home Affairs Committee, which had the job of political oversight of the police.

In his written statement to the inquiry, he wrote: “The conclusion I was soon reaching was that I could not get corruption officers charged as the Attorney General would not agree to do so and the States would reinstate disciplined officers.

“I cannot understand why he would not want corrupt officers removed.”

In his testimony to the inquiry yesterday, he said: “I think that pulling a gun and the police officer pointing it at the head of a young police officer, to say that’s not a serious enough offence to warrant sacking, I just didn’t quite get that.

“I did not see and I could not see how charging corrupt police officers with corruption and also the man who was corrupting him, or vice versa, show that could not be, and I still to this day do not understand how it could not be in the public interest.

“Well, there were a number of politicians who through the matters of police corruption and the firearms desperately wanted rid of me and they were looking for any excuse to try to do that - and as far as back as the firearms and the attempts to stamp out police corruption we were being labelled in the States by politicians as being politically-correct KGB stalking the corridors of police headquarters.

“I can go back to thinking about an officer who was involved in the half a million pound cannabis drop from an aeroplane over the Island, officers in possession of drugs, officers selling prescription drugs to prostitutes for sex and a number of other police corruption cases we submitted in files."

Posted by June OKeeffe on Jan 13th, 2016
oh dear here we go again, why has it taken so long for this man to say these things, really!
Posted by Barry Wilson on Jan 13th, 2016
Surely this man cannot possibly be regarded as a credible witness when he doesn't know a human skull from a coconut shell!
Posted by Scott Mills on Jan 14th, 2016
Barry, in that case I suppose the ex bailiff william b, doesn't know a pedophile from a normal honorary parish member? about time someone whistleblow about how corrupt the system is here, on out idyllic sun kissed island. The whole system is setup for corruption and I betting that it's certainly not just the States Police who are up to their ears in it. The CIA did it during the vietnam war, so why can't police sell confiscated drugs here! After all ex police like lighting fires to cars in France for insurance fraud. Illegal wire tapping in France, the list is longer than my 'big shop' list. The system was setup nicely after the germans left, and nothing has change since, only when our youth wake up and realise what's going on will things change, but the system is there for a reason to protect the people inside it, and ridicule the outsiders. Don't even get me started on the finance issues on this island!
Posted by Dennis Shore on Jan 15th, 2016
You make some good points Scott, however Harper was and remains incompetent. He bungled the investigation because he had an agenda and continues to run that agenda. He make huge allegations but produces no evidence of any worth. This is somebody who spent most of his adult like in one force or another and knows you have to backup your suspicions with facts. I also find it incredulous that he talks of corruption when he gave and received "entertainment" with press, spent large sums of expences on unnecessary travel, dinners and drink for both himself and others at restaurants outside of the Island that I would wager he has not returned to now he has to pay the bill. There has undoubtedly been wrongdoings, but this deluded individual is not the one to be holding himself up as the knight in shining armour he trys to portray.
To place a comment please login Login »