Health Minister: Consultancy criticism 'could put others off’ 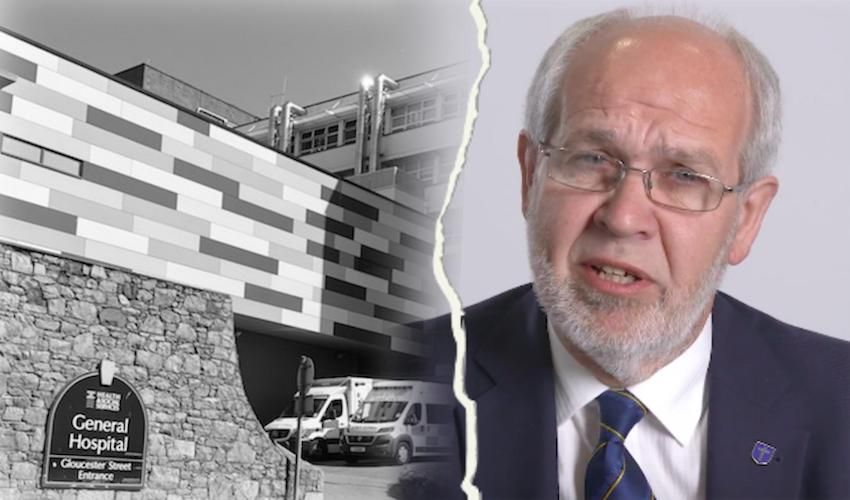 Health Minister: Consultancy criticism 'could put others off’

The Health Minister has warned “the media, politicians and islanders” against “unfair” criticism of highly paid consultants in case it deters other professionals from coming to work in the island.

The comments from Deputy Richard Renouf came in an open letter in which he rushed to defend current government policy on the recruitment of interim consultancy expertise, and described workers targeting people they know as potential candidates as "appropriate and acceptable" practice.

Published this afternoon, the Minister’s letter also invites any States Members unhappy with how short-term consultants are appointed have also been invited to make a case in the States to change it, but he maintains that all the checks and balances are followed by the Government.

Responding to growing concerns and questions around how highly-paid consultants are appointed to short term contracts within the public sector, Deputy Richard Renouf’s letter says that he is satisfied with the process but lays down the gauntlet to other politicians who want it changed to make their case in the States Chamber.

It comes after Express last week revealed how the Director General of Health recently appointed her former colleague of a decade to a £45,000 role for a 12-week role - a move later scrutinised by politicians. It later emerged that she faced no competition for the role, as she was the only candidate considered.

Pictured: The letter comes after Express revealed the appointment of Charlotte Hall as a Senior Nurse.

In his letter, Deputy Renouf hit out at what he described as "unfair imputations" about recruitments of this kind, suggesting that they could jeopardise future appointments.

The letter was addressed to the Chairman of the Health and Social Security Panel, Deputy Mary Le Hegarat, who last week led the grilling of the Minister and Director General Caroline Landon – both of whom were responsible for signing off the consultancy appointment.

Explaining that current policy on short-term consultancy appointments does not require the government to advertise or interview for the position, he said: “The process for permanent recruitment of such staff is clear and long understood. We advertise, we shortlist, we interview, and we appoint. But there is sometimes a need in Government, as there is in any organisation, to supplement the skills and expertise of our existing workforce with short-term specialist appointments.”

However, the Minister acknowledged that the process for appointing short-term consultants is not as publicly known. “It is clear from questions about some recent non-clinical temporary appointments in my department that the need, appropriateness and process for such appointments, despite their very small number, is not well understood," he wrote.

Pictured: The letter responds to growing concerns about the appointment process of short-term consultants.

Elsewhere in the letter, the Minister emphasised that – within his Department – non-clinical skills are just as important as clinical ones and that when they can, they appoint consultants via an agency where candidates are interviewed for the position, but sometimes this also results in ‘sole candidate’ considerations for particularly specialised roles.

He also described reaching out to candidates known to people within the Department as “appropriate and acceptable business practice.”

The letter continues: “In some cases, I understand that temporary roles will be filled by candidates who might have worked with other colleagues before and have gained their respect and trust.

“What is important in such cases is that they have the track record, skills and experience for the role they have been asked to fill, and that the process through which they were appointed is in line with agreed standards of governance.”

Pictured: The Health Minister invites any States Members unhappy with the current process works to bring a political challenge to it in the Chamber.

The letter draws to a close with a warning to “the media, politicians and islanders” to not criticise consultants in an “unfair” manner in case it puts other professionals off coming to work in the island for fear of how they might be treated.

“We must avoid implying that there is always something wrong with the recruitment and appointment of essential staff from outside the Island. Instead we should trust the integrity of the public service and the processes and oversight that are in place to assure this.

“…we should be mindful of the impact on the individuals who we bring in of the unfair imputations about their appointments, and on our ability to attract these much-needed skills in the future if those we approach see how the media, politicians and islanders are likely to treat them.”

Although the Minister said he is entirely satisfied with the process as it stands, he invited his fellow politicians to bring forward alternative proposals if they want it changed.

“If States Members feel that the rules should be changed, then it is for them to bring the matter to the [States Assembly] and make their case. But I would urge them not to suggest that the rules have been flouted when clearly they have not.”