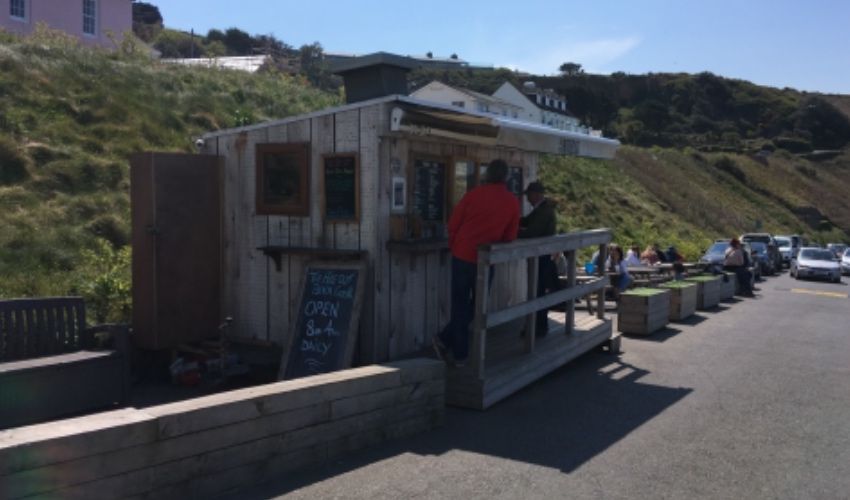 The HideOut has been given permission to stay on La Pulente slipway for another year.

Last week, the planning committee unanimously agreed that the food kiosk’s retrospective application to trade from the slip should be approved.

However, the kiosk will have to go earlier if a nearby café, currently under construction, opens.

The eatery’s fate has been uncertain for some time, after the Parish of St. Brelade refused to extend its permit to operate from the top of the slipway last summer.

This was to allow construction to convert the nearby former toilet block into a café to begin.

The toilets were purchased from the Government by Shell House Limited for around £100,000 in 2014, with plans approved in January 2016 to put a café on the site.

Last summer, the company was sold to local property developer Frank Laine, who is also a shareholder in Nude Food, who will move into the former toilets when construction is completed.

Although now having planning permission to operate on the slipway, the HideOut does not yet have a permit to operate from the parish. 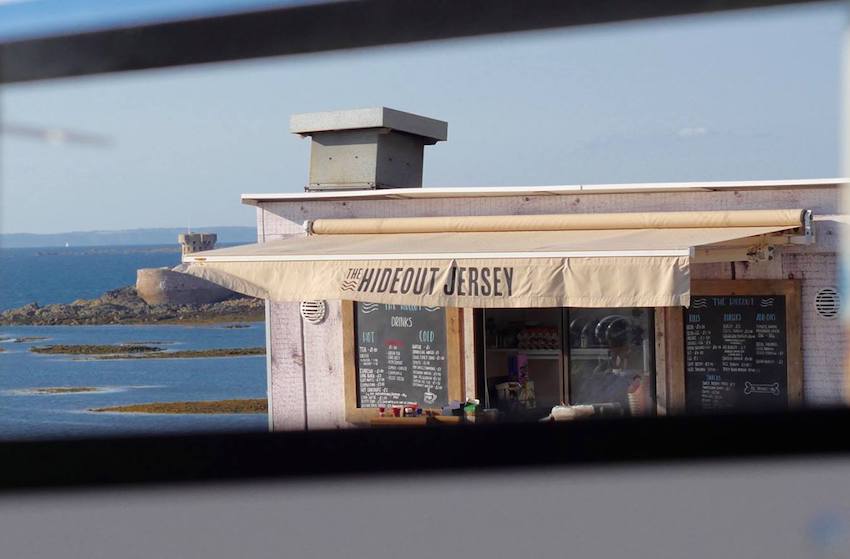 Pictured: The HideOut kiosk was based at the top car park, next to the former toilets, until it moved down the slipway last November.

This remains the subject of a protracted and costly legal battle between its owner, Karl Sutton, and St. Brelade, who will both return to the Royal Court on 22 July when a judicial review into a decision of the Constable to give a time-limited permit to operate on the slipway will be heard.

In April, Mr Sutton lost an interim application to move back to his original spot until construction work begins in earnest.

When the HideOut’s permit to operate near the toilet block ended last September, Mr Sutton successfully called a Parish Assembly in October, using the ancient method of a requête, which led to a compromise deal, with the HideOut moving down about 30m down the slipway.

A petition calling for kiosk to remain open also attracted more than 4,000 signatures.

Mr Laine has previously said that he hopes the café will be open by this September.

Objectors to the recent retrospective planning application included Shell House Ltd and the National Trust, although most public comments were supportive.

A recent Freedom of Information request revealed that the legal battle between the Mr Sutton and St. Brelade had cost the parish more than £27,000 in fees to the end of April.

It was recently revealed that the nearby La Pulente pub, closed since last year, would soon reopen as a pub and restaurant.

Posted by Dave Mathews on Jun 28th, 2021
I do not think I have ever read such a farcical scenario between a Cafe and a Parish before.

This Cafe owner's actions has cost the Rates Payers of St Brelade £27,000 to date with more expenses to come. They must be furious especially if they never use the Hideout.
To place a comment please login Login »