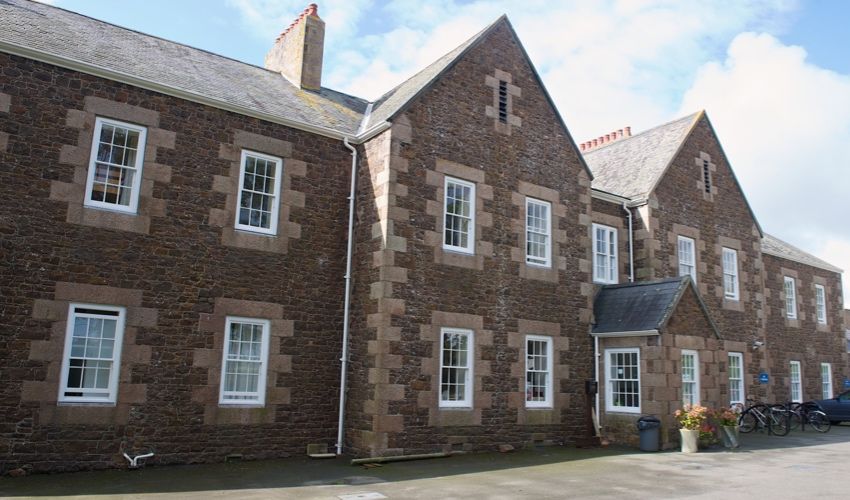 The operator of the Jersey Accommodation and Activity Centre at Haut de la Garenne has applied to Planning to offer camping at the site.

The centre, which is open from Easter to the end of October each year, has asked for permission to change the use of two fields, to the side and behind the former children’s home, to allow camping.

Camping has taken place around the centre for a number of years but the new operator has been asked by Planning to put in the change-of-use applications.

In a letter accompanying the application, director David Haynes writes: “We would like to offer camping facilities to paying guests.

Pictured: The JAAC has applied to Planning for permission to offer camping in fields to the side and rear of the main building.

He adds: “This facility would mainly be used by school groups from the UK and France as well as other local community groups. During school holidays, it would be used for family camping.

“No infrastructure would be needed, as both toilets and shower facilities are provided, with 24 hours’ access, in the main accommodation building.”

The centre has had permission for camping from the Economic Development Department since 2010. This was originally for 32 people and has been subsequently increased to 40.

Mr Haynes said JAAC was not seeking to increase this number. He added that the centre also had permission from its landlord, Jersey Property Holdings, to allowing camping.

Children's Commissioner to be appointed "as soon as possible"