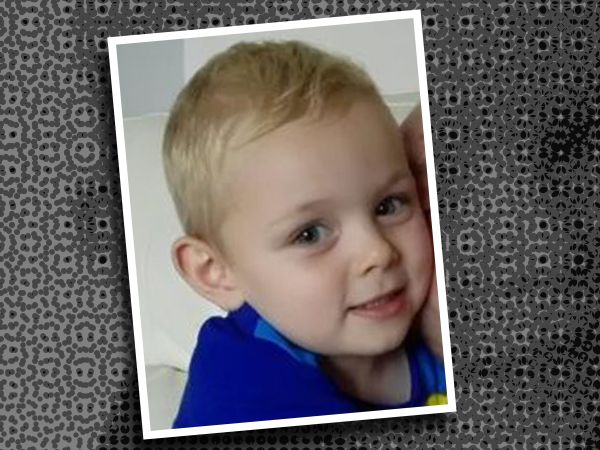 A 39-year-old woman who is accused of causing the death of three-year-old Clinton Pringle told the Royal Court this morning that she fully accepted she should have seen him, but couldn't explain why she didn't.

Rebekah Le Gal is pleading not guilty to causing death by dangerous driving.

This morning Mrs Le Gal gave evidence in her own defence and explained why she had pleaded guilty to an alternative charge of careless driving. She said: "I fully accept that I should have seen him although I can't explain why I didn't see him. I believed there was nothing ahead as I followed the bend. All I can think is that if I had looked to my side window I would have seen him and I fully take responsibility for it."

Mrs Le Gal struggled to reply to her advocate's questions, even simple ones about the names of her children, and broke down in tears on several occasions. Appearing frail and speaking in a small voice, she told the Court she hasn't driven since the accident. She said: "It is so terrible, it took me months to sit in the front passenger seat. I physically can't get behind the wheel."

She told the Court that on the day of the incident, 27 June 2016, she had been volunteering at the Freedom Centre. She left the Centre shortly after 15:30 to go home and let her son in as he had forgotten his keys. Before she left she told him to call his grandmother. As she was getting in her vehicle, she realised that her son wouldn't have her mother-in-law's number and sent him a text with the number.

She said she was typing quickly and thought the message had sent but only realised it hadn't when her son texted her to ask for the number. While behind the wheel, she saw the message, unlocked her phone to reply, saw the number in the typing box and simply pressed "Send." She says that this took place while she was further up the road and not right around the bend where the collision happened.

Mrs Le Gal explained she initially drove into Tunnel Street as she intended to drop a can of varnish spray at a paint shop located at the top of the road. As she was about to pull up, she realised she had left it at home and made the decision to drive on.

When her advocate, Matthew Jowitt asked her why she hadn't mentioned that in her initial interview with the police, she said she was in shock. She explained: "I was trying my best to remember, it was so traumatic. I just witnessed the most horrendous thing in my life that I was responsible for, having not seen him. It was surreal and felt like a nightmare I couldn't get out of."

During that same interview, she asked the police officers if some of the substances used in the renovation of the Freedom Centre could have affected her. She explained: "I was in shock. I had to sit in the holding room for hours, completely alone. I was wracking my brain trying to understand how on earth I did not see him. I couldn't work it out. I was desperately trying to work out how I could have missed a little boy on the road.

"I was so scared and so confused, I couldn't make sense of it. I asked if the glue or something could have affected me and that was why I didn't see him. It was all I could think about."

Earlier in the morning, the defence called Mark Andrew Rigby, a digital forensic examiner, to the stand. Mr Rigby explained he identified occasions when there is a delay between the time someone presses 'send' on their phone and the time when the message actually leaves the handset. He added that when a phone is in a vehicle, the motion and the metal from the body, weaken the phone signal.

HM Solicitor General Mark Temple, who is leading the prosecution, criticised Mr Rigby for not undertaking the test in Jersey, calling the process "highly artificial." He also asked him in what conditions he had identified the delay and the forensic examiner replied it was when he had tried to send a message with seven attachments. Mr Temple then stated that even a small picture carries 100 or 200 times more data than a single line message and Mr Rigby agreed.

The defence also called Paul Cant, a forensic collision investigator, to comment on the accident report produced by DC Robert Manners on the fatal collision. Mr Cant said that DC Manners had failed to consider the areas of shadow around Britannia Place that would have clashed with the bright sunshine on the day of the accident. He said: "Clinton Pringle was within the shadow cast by Britannia Place when he ran ahead, while Mrs Le Gal was driving in a bright sunlit area with the sun on top of her. It could have taken time to adjust, affecting her ability to ascertain hazards around her."

The Solicitor General then asked him: "In the presence of contrast, what would you expect a careful and competent driver to do?" Mr Cant replied it would expect the driver to slow down or to stop the vehicle altogether if the contrast was extreme.

Mrs Le Gal will continue giving evidence this afternoon. She should then be cross examined by the prosecution. It is expected that the trial will continue until the beginning of next week.