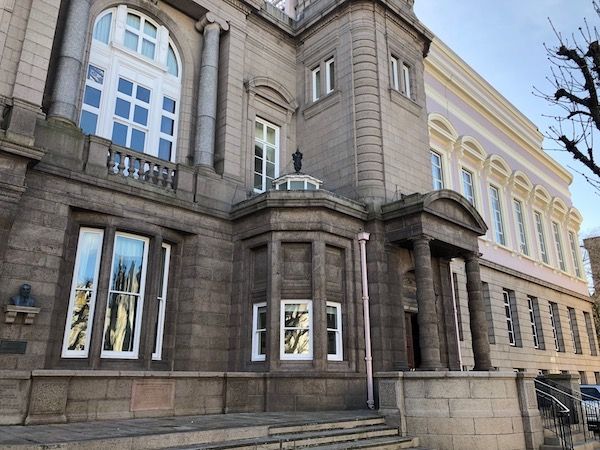 A widow in her late 70s, who claims she lost £600,000 because her money was invested in a high-risk venture against her knowledge, has been giving evidence in a multi-million pound fraud trial.

She also claims the accused – 50-year-old Chris Byrne – tried to trick her into giving him £1million by making her sign an unsecured personal loan agreement.

Mr Byrne – who faces a number of other charges totalling £2.7million in client losses in the Royal Court – disputes her account.

The court heard Mr Byrne and the woman had known each other for a considerable time. He’d advised her when he worked at a local bank, and had continued to advise her when he moved to a local independent financial services company. This business relationship then continued when he set up his own company, Lumiere Wealth Limited.

She told the court she “trusted him”, and the prosecution said that he was even invited to her dinner parties.

According to the prosecution, without telling her all the facts, Mr Byrne invested her money in a high-risk company, Providence, which dealt in the volatile world of factoring in Brazil. This involves buying up companies’ debts for less than they are worth, and making a profit by chasing up the money owed.

She claims she knew nothing about this and wouldn’t have agreed to it.

“He betrayed my trust,” she said, later stating that she made it clear she wanted “no risk, not low risk”, let alone high risk.

It’s claimed he also failed to tell her that Providence was a major shareholder in Lumiere, and that he was getting commission for promoting Providence.

However, under cross-examination from defence Advocate Olaf Blakeley the court heard evidence that seemed to contradict much of what had been said earlier.

Despite having said she’d never seen a risk questionnaire - a document which is used to match clients with suitable products - Advocate Blakeley produced two assessment documents that had been signed by her. The widow later admitted it was possible he’d gone through them with her. Likewise, although she’d denied he’d ever spoken to her about ‘low risk’ investments, that was contradicted by a signed statement she’d given the police.

She also told the court she didn’t care about who the shareholders in Lumiere were because she trusted Mr Byrne, and that she knew he was on commission. “He wasn’t doing it for free – it was his livelihood,” she said.

Bringing his cross-examination to a close, Advocate Blakeley put a different series of events to the woman: Mr Byrne knew she had £1million invested with the Prudential that was bringing in a return of 2% and that she was keen to make more money. He told her there was an investment only open to him that made a return of 14%, but that if she wanted to he would invest for her. She denied that’s what happened.

More than 30 other witnesses could be giving evidence during the trial, which could run for up to six weeks. It resumes on Thursday.