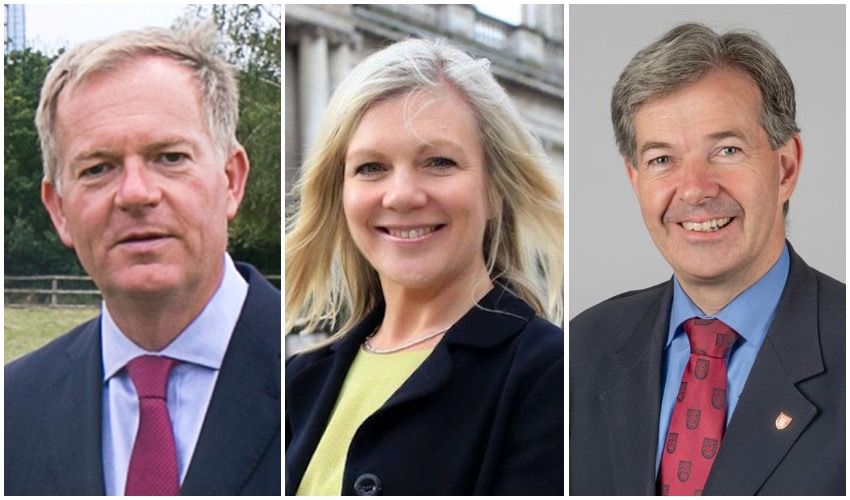 The Interim head of the civil service did not apply to take on the role permanently, the Chief Minister has revealed, as he also confirmed that Belfast City Council head Suzanne Wylie had been offered the top job after a £70,000 recruitment process.

Appearing before Scrutiny this afternoon, Senator John Le Fondré said that he had hoped to have announced the appointment in the first half of August but, as previously reported by Express, the Government stepped back from doing so when Deputy Kirsten Morel lodged a proposal on 30 July calling for the delay of the appointment until after next June’s election.

Senator Le Fondré avoided directly answering what would happen if States Members backed the delay, although he said Members would receive ‘advice’ before the debate, although he did not say if that would be in public or private.

“There will be advice provided to the Assembly, but I am not sure in what forum that advice is going to be given,” he said.

“The best way of putting it is that there is a process that has been laid down in law, and the States’ Employment Board [the official employer of public employees, which is chaired by the Chief Minister] have followed that process, and the interim Chief Executive did not apply for the post." 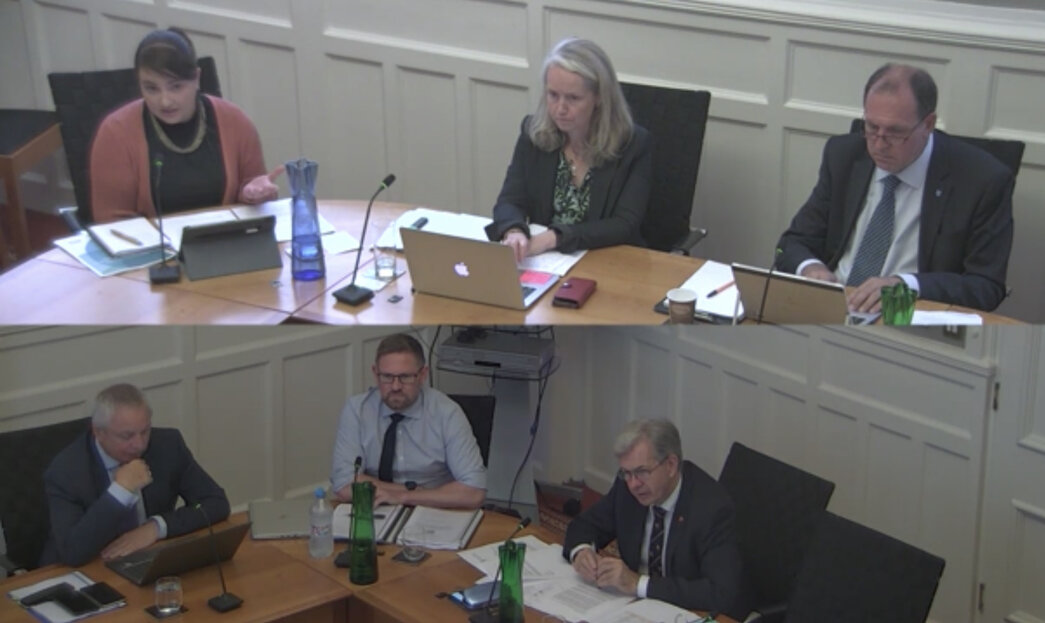 Pictured: The Chief Minister and senior officials appeared before the Corporate Services Scrutiny Panel on Friday.

He continued: “I don’t want to go into certain areas that might end up politicising the role. Offering an extension was considered by the SEB but the interim CEO did not apply for the post.”

Appearing before the Corporate Services Scrutiny Panel, which this week lent its support to Deputy Morel’s proposition, Senator Le Fondré said he was “disappointed” at the delay to Ms Wylie signing her contract, which had been agreed on both sides.

“You, for example, Senator, and other Members, have gone on about the gender pay gap and how do we empower women in the organisation.

“I think that will send a really good message within the organisation. And that is why we should be positive about this rather than what feels like negativity from certain quarters.”

In comments published this afternoon, the States Employment Board - which the Chief Minister chairs - revealed that the "abortive costs for the process would be in the region of £70,000 to cover the fees for the head-hunters, who are paid on successful appointment (which has been done), recruitment advertising and costs for those participating in the recruitment."

They also noted that "significant senior officer time" had also been provided in supporting the recruitment process.

Pictured: The new CEO's contract will not include any extras on the side, as previous CEO Charlie Parker's did, the Chief Minister has promised.

Giving a timeline of how the next CEO was selected, Senator Le Fondré said that the role was advertised in March and a shortlist of candidates was drawn up in late June.

The offer to Ms Wylie was made and agreed on 20 July but the Deputy Morel lodged his proposal later that month, prompting the Government to ask her to hold off on signing “as a matter of courtesy to the proposition”.

The Chief Minister did, however, say that the contract was a standard Government contract and there were no ‘side letters’ establishing other terms and conditions, as had been the case when former CEO Charlie Parker was recruited in 2017.

He added that the SEB had also been involved in the recruitment process of the new CEO from the outset, something that had not happened four years earlier.

The board were agreeing the CEO’s disciplinary process that very afternoon, he added, saying that that did not form part of the contract but had to be in place before Ms Wylie is set to start her job next March, if the States rejects the delaying proposal next week.

Senator Le Fondré said there had been a number of "interesting" candidates for the top job from across the globe, mainly from Commonwealth nations.

Posted by Lesley Ricketts on Sep 10th, 2021
It’s interesting how JLF follows ‘process laid down in law’ when it suits him but not when in does not as in the case of the nod to CP regarding his second job. If due process had been followed in that instance he could have saved the tax payer in excess of £500,000!
To place a comment please login Login »