People who live around the EDF nuclear plant at Flamanville just 35 kilometres away from Jersey are being issued with Iodine tablets, as a precautionary measure.

The French power giant is issuing the tablets to people who live within 10 kilometres of all of its 19 nuclear plants.

The tablets are sometimes issued as a routine measure – EDF have distributed iodine pills five times since 1997, the last occasion that they did so was in 2009.

Potassium iodine tablets protect the thyroid gland against the effects of radioactive iodine, if it is released into the atmosphere through a nuclear accident.

Jersey imports the vast majority of its electricity from France, which is heavily reliant on nuclear power.

The tablets will be handed out in January, along with leaflets telling neighbours how to take them.

EDF is funding the distribution of tablets to 400,000 homes that lie close to its nuclear plants. 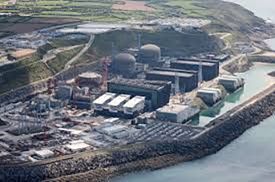 Posted by Simon Dodkins on Dec 29th, 2015
Ok. So even if Jersey was a part of France, it would lie beyond the 10km zone to which inhabitants are issued tablets. Might be more helpful to actually report (if known) on the reasons why the French authorities are issuing tablets? Also, it might be worth exploring what the risks are to the channel islands from these plants? I always understand that the prevailing winds took any accidental release into the atmosphere AWAY from the islands and eastwards. Might be helpful to report on these points too?
To place a comment please login Login »