Jersey's migrant workers have offered islanders the opportunity to see through their eyes in a unique exhibition.

‘Invisible Hands’ is open at the Berni Gallery at the Arts Centre until Saturday (7 December).

It was put together through the collaboration of migrant workers, artist Alicja Rogalska and The Morning Boat.

“Every year as the Jersey Royal season gets underway, vans full of Eastern Europeans pull up in field entrances to work our fields,” Kaspar Wimberley, Curator and Artistic Director of The Morning Boat, explained.

“As a child, it was predominantly Madeiran workers. I never really knew much about these workers or their lives," he recalled.

"Language was obviously a barrier to finding out more. Having worked (briefly) picking potatoes for a local farmer, I knew how hard they worked to produce the island's best known and highly prized export.

“Now, as the director of an arts organisation that sets out to engage the community and deal with issues that are relevant to people's lives, with a current focus on agriculture and aquaculture, we felt it was important to have a project that engages with seasonal farm workers, to recognise temporary migrant communities as part of the social fabric and economic viability of the island.”

The Morning Boat therefore contacted Alicja Rogalska, a Polish artist based in London who herself grew up on a farm, to engage with the issue of migrant labour in the local context, which has been an important part of the island economy for more than 150 years.

While in Jersey, Alicja visited local archives and discovered that despite this long history the presence of migrant labour on the island remained largely undocumented, apart from marketing material created by industry representatives, or staged photo opportunities with local media.

Invisible Hands was developed over the course of two years through discussions, meals and pottery workshops with farm workers and project partners. 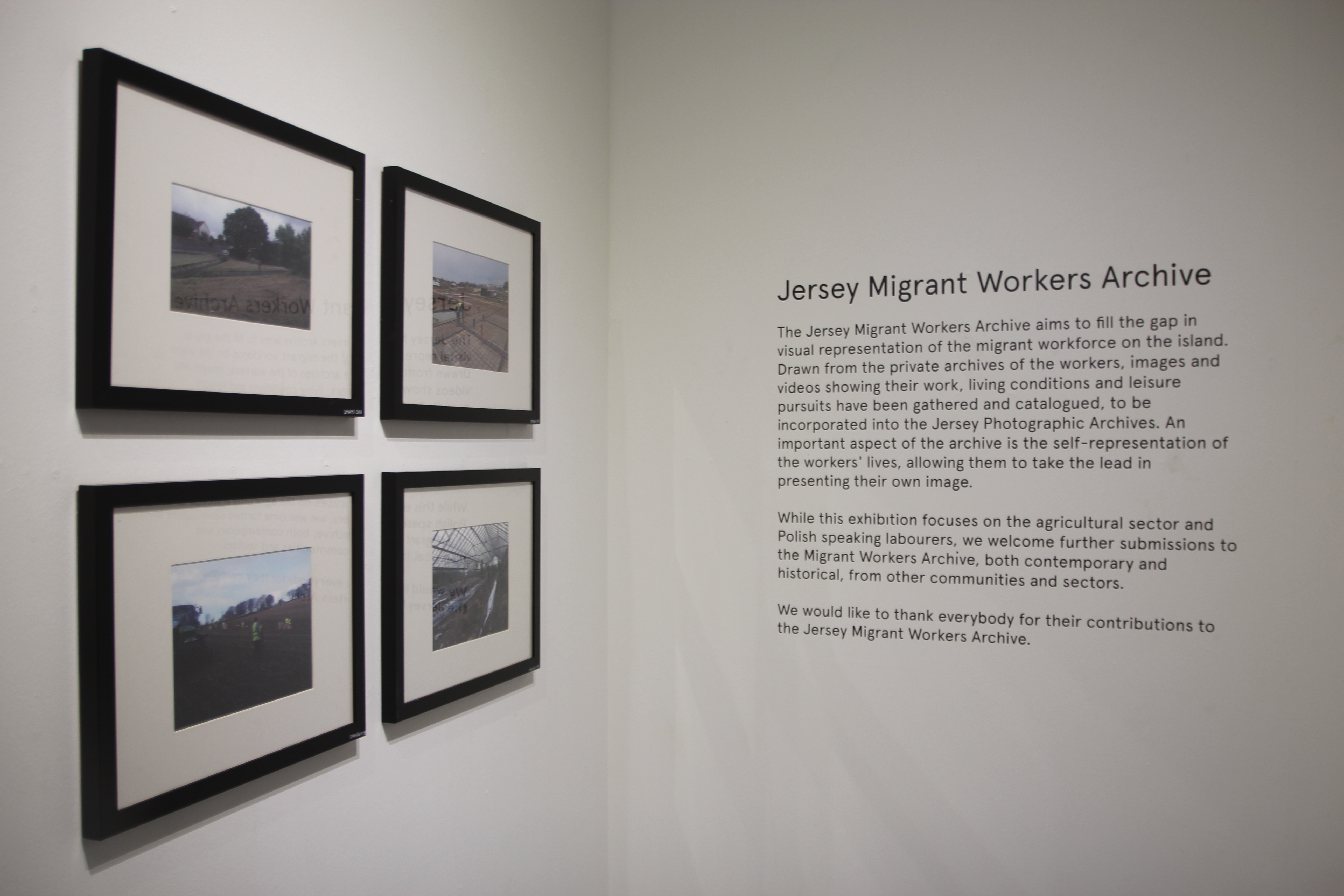 This then led to a call for images and video material that document the lives of seasonal migrant workers in Jersey.

Those were then brought together to create the Jersey Migrant Worker Archive that is on display in the Gallery.

While the exhibition focuses on the agricultural sector and Polish-speaking labourers, the Morning Boat welcomes further submissions to the Archive, both contemporary and historical, from other communities and sectors. 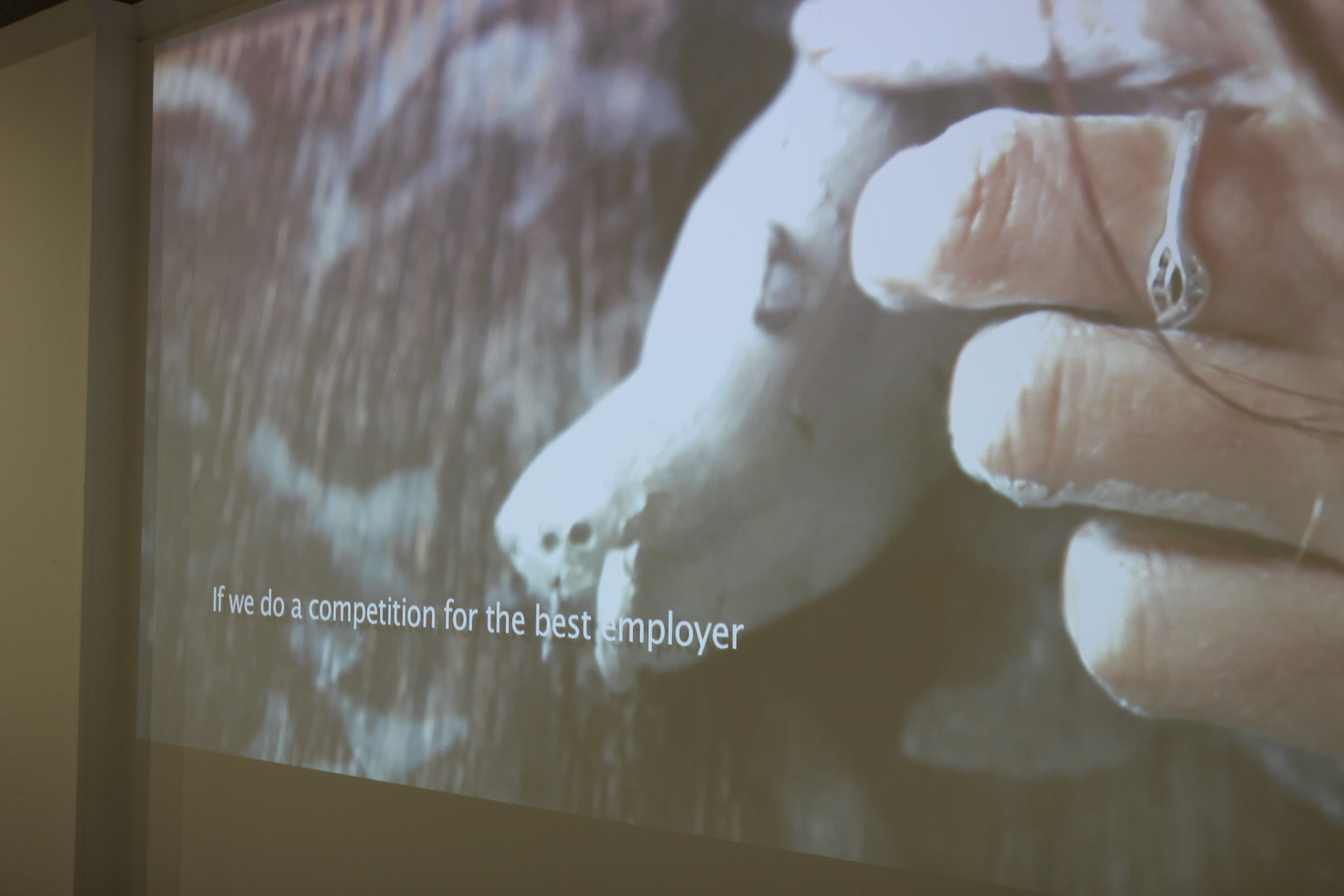 Pictured: The exhibition aims to give migrant workers a space to express themselves, their thoughts and their depiction of island life.”

The aim of the exhibition is to provide space for a part of the island’s community that is rarely presented in an institutional and cultural context “to express themselves, their thoughts and their depiction of island life”.

“That in itself is really valuable,” Mr Wimberley said. “They become part of the narrative and co-author the way that their presence is represented. We hope that this can be the catalyst for further work that engages and connects with migrant communities and issues surrounding migrant labour in the local context. In many ways it is quite a mundane exhibition, for anybody familiar with working the fields.

“For those who haven't worked in farming it may reveal something about what this work entails and generate a degree of respect. Farm workers who came to the exhibition opening talked of how the images felt 'real'. To me they have an intimacy and immediacy." 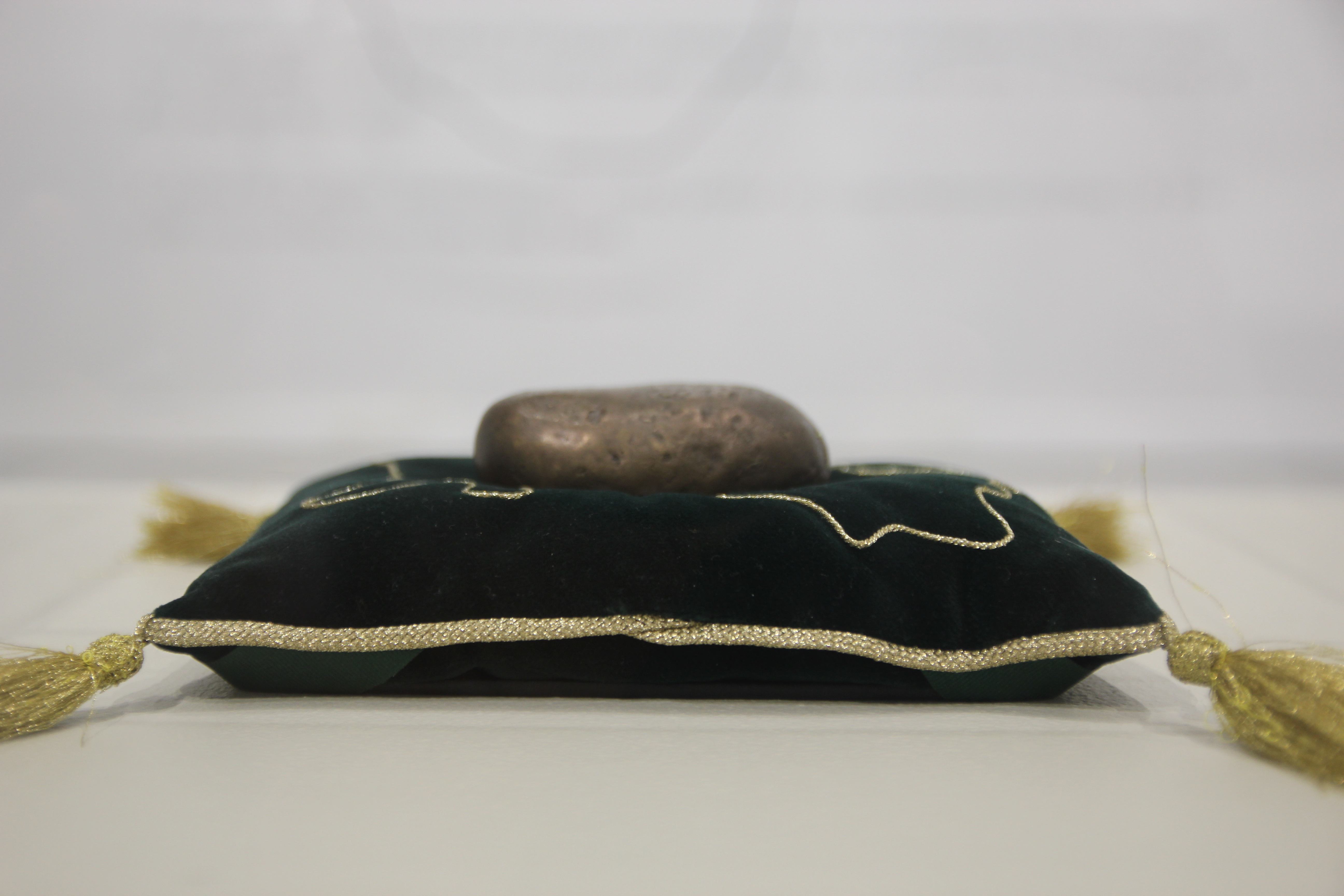 Pictured: The Agri-Care' prize takes the form of a bronze Jersey Royal, shaped by the workers.

Alongside the archive, the ‘Agri-Care Prize’ has been launched as an award for the best employer of migrant labour in the agricultural sector. Workers not only helped shape the prize, a bronze Jersey Royal, with their hands, they also agreed the conditions for awarding it.

A print-bot created by local artist Max Livesey transferred those conditions onto the wall of the gallery.

“It became apparent that the Agri-Care Prize cannot be won by a single farmer,” Mr Wimberley explained. 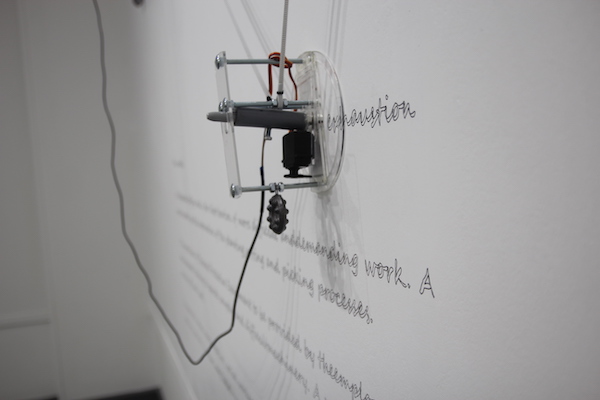 Pictured: Max Livesey created a print-bot to transfer the prize's conditions onto the wall of the gallery.

“Some of the most significant improvements to working conditions can only be made through legislative changes. Ensuring safe, non-exploitative and attractive working conditions for migrant labour is something that will be welcomed by farmers and worker alike.

“In conclusion, a group of seasonal farm workers composed a list of conditions and recommendations for awarding the Agri-Care Prize, some of which have already been acted upon, as the industry attempts to keep hold of a workforce that is less enticed to come to Jersey due to improving economic conditions in their home countries.

"These can be seen as a challenge to politicians and employers. Can Jersey win the Agri-Care Prize?” 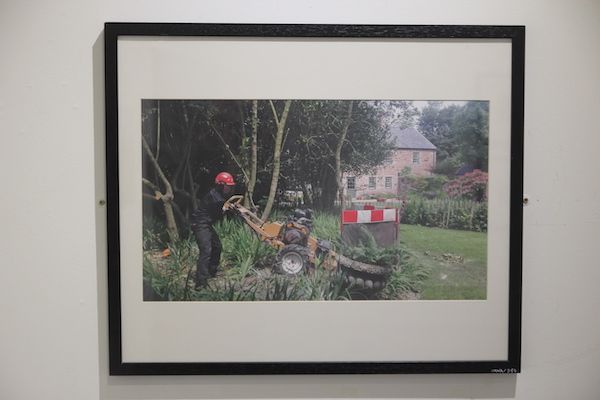 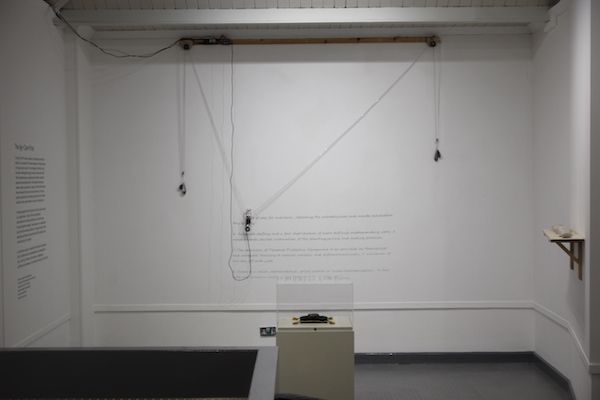 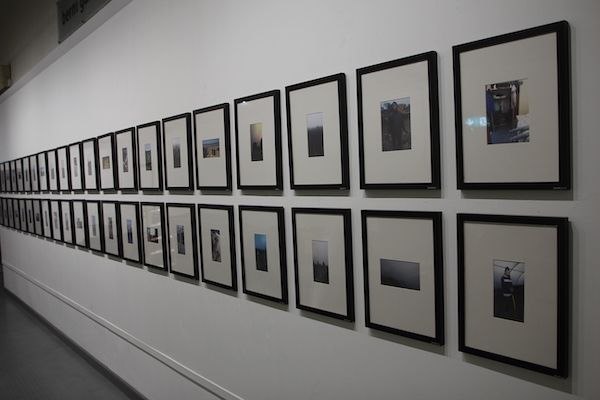 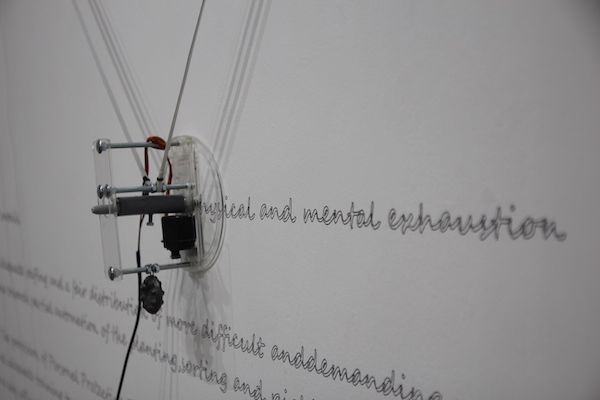 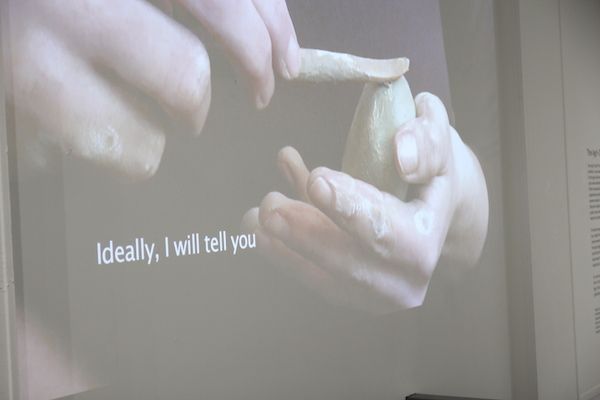 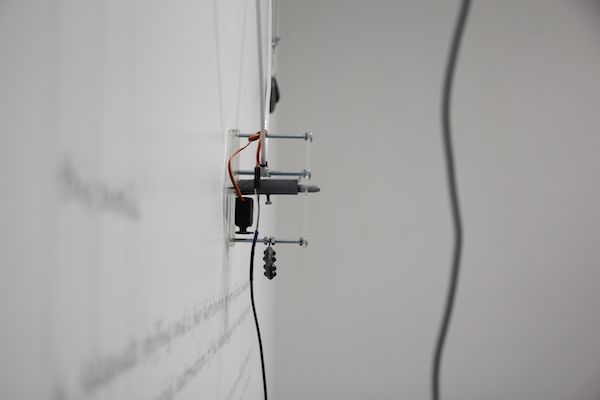 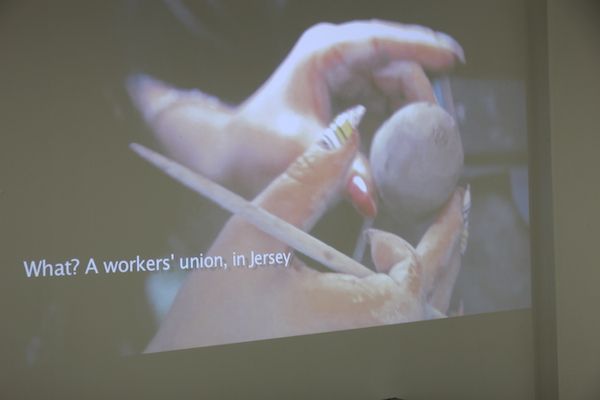 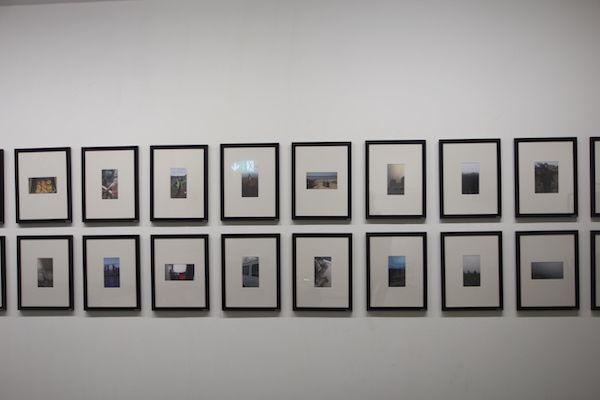 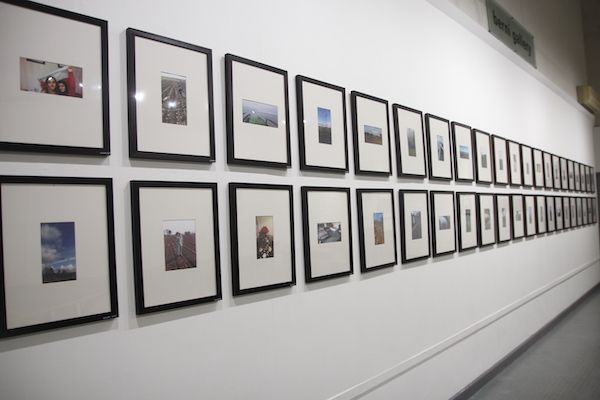 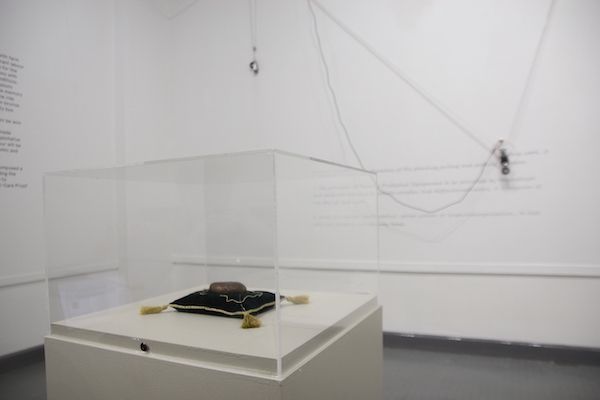 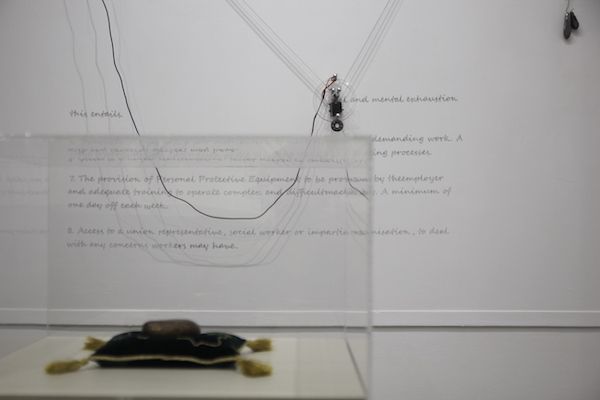 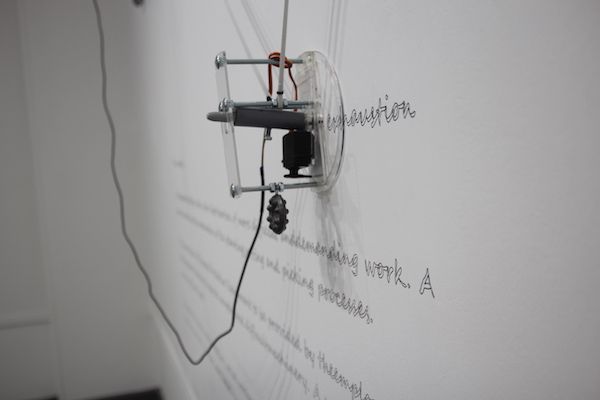 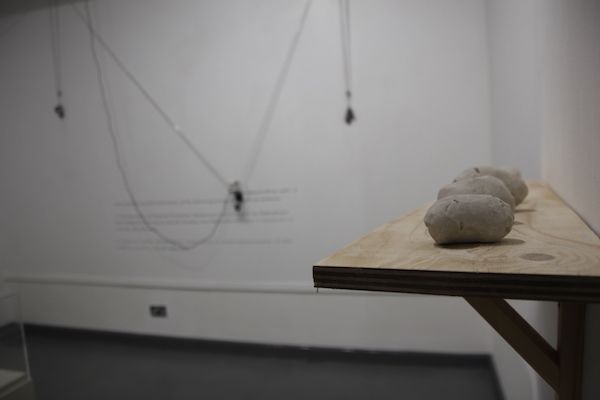 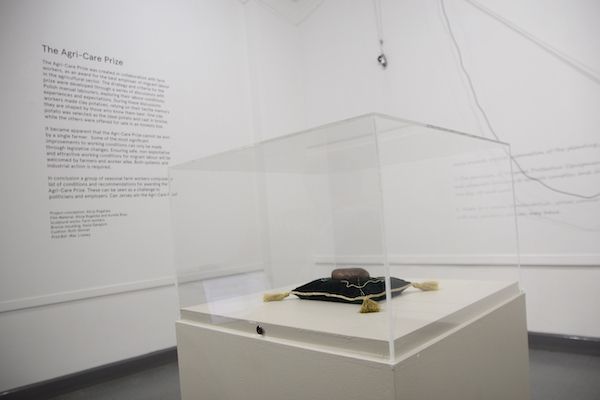