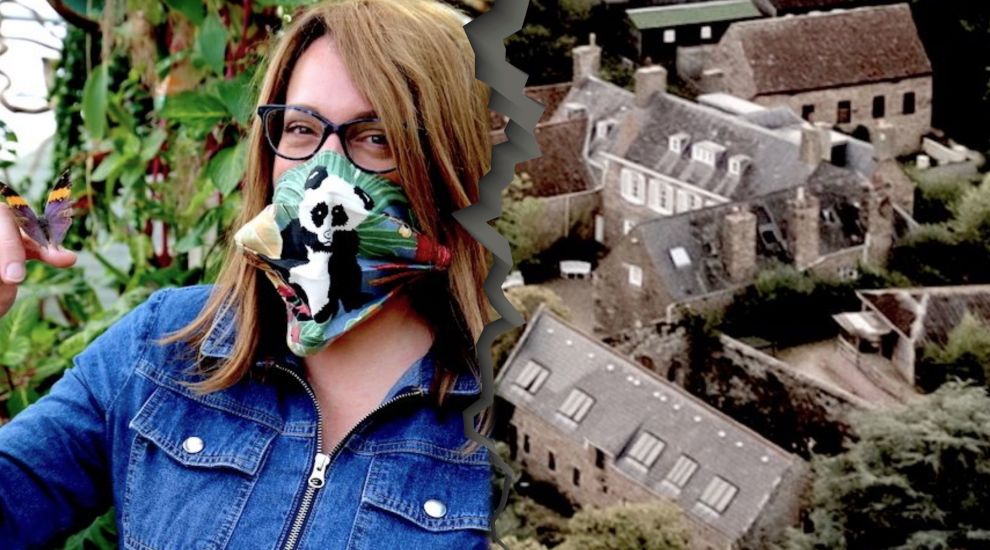 Durrell is fighting for survival, with the possibility of Jersey Zoo closing in a few years, and the charity's conservation work also under threat, after the global pandemic slashed its income by 80%.

CEO Dr Lesley Dickie said that, despite reopening its gates to visitors on 12 May, the zoo is still tracking against “a worst-case scenario” budget – based on a potential second closure later on this year.

Islanders are therefore being urged to back the 'Love Your Zoo' campaign to help the charity raise the funds it needs to keep helping animals and inspiring people far and wide with its conservation mission.

There are also additional costs for infrastructure and staff wages.

For the latter, Durrell has been receiving support from the Government, through the payroll co-funding scheme.

“It’s been incredibly helpful,” Dr Dickie said. “It’s actually better than the furlough scheme in the UK. It's been a good decision of the government to follow that line and not a furlough scheme because it's helped us just maintain the zoo.

"Can you imagine if we had to furlough half our keepers and all our maintenance staff? We would be falling apart by now.”

Dr Dickie said the several weeks of closure were “incredibly difficult” for the charity, which, due to the nature of its work, couldn’t stop operating, “We can’t just close the zoo” Dr Dickie said.

The team however hoped they would be able to improve the situation once the zoo was open again. Unfortunately, income is currently still 80% less than where it should be at this time of year. 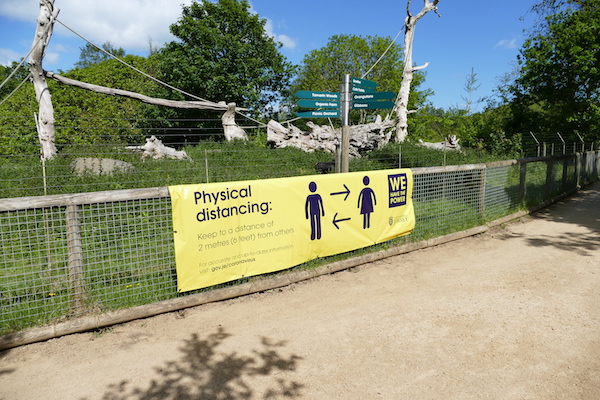 With travel restrictions still in place and with the possibility of quarantine and/or testing when borders reopen, Jersey Zoo along with other businesses relying on tourism are concerned levels will still be far lower than where they should be.

“For organisations like us that need to rely on making as much money as possible during the summer, because we always make a loss in winter, now we are facing what’s been commonly called a ‘three-winter scenario’,” Dr Dickie said.

The Durrell team has already been making cuts wherever possible – staff in the UK have been furloughed for example – but they cannot make anymore without impacting animal welfare. If the situation continues and the necessary funds cannot be found, drastic decisions will have to be made. 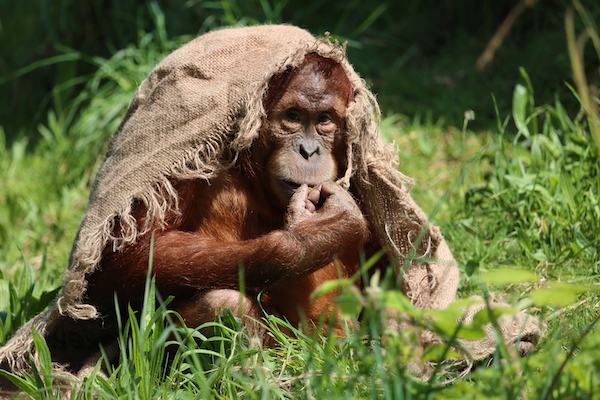 “I think we're going to have to consider all options and it will be looking at you know, our staffing levels, can we go down in hours, can we close parts of the zoo and how else can we cut costs above and beyond what we're doing now,” Dr Dickie said.

“It’s been great to have the co-funded payroll scheme but that will end in August and we're likely to be in an even worse situation by then. So, we'll need to look at all options and it would ultimately also include cutting parts of our strategy which means cutting parts of our overall work including conservation.

Dr Dickie said there is a risk the zoo could disappear over the next few years, which would in turn mean the whole conservation trust would fail, as income from the zoo supports all of the work the charity does.

“The zoo it's a very small zoo with a small catchment and it works incredibly hard to provide that base security for the rest of the trust. That's why we are really concerned that if you chop away that base security and you start making that unstable, then that destabilises the whole trust unfortunately.” 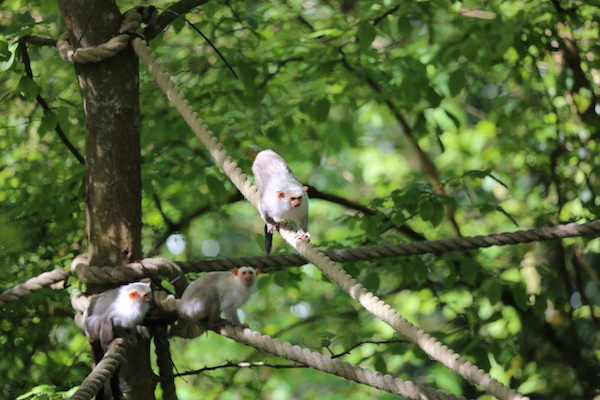 Pictured: The international breeding programme has had to stop during the pandemic.

The pandemic hasn’t only affected the zoo’s income but is also having big ramifications for the whole of Durrell’s work.

Closed borders have meant the international breeding programme has had to stop while lockdowns of different degrees have been in place in every area where Durrell staff work.

Some programmes have managed to continue with special permissions from the local governments, but in Mauritius, for example, everything was “completely shut down”.

“At the moment we're also going through an exercise of how much delay as been caused to our entire project of work,” Dr Dickie said.

“Countries where we work, like for example, Madagascar, it’s going to have huge knock-on effects on conservation because part of the conservation work we're engaged in is usually reliant on tourism income. So, we already know that there's national parks and protected areas that are essentially not protected anymore.”

Durrell is therefore appealing to islanders to support their ‘Love Your Zoo’ appeal by making donations, raising funds, joining as a member or adopting animals.

In particular, they are calling on businesses and "generous individuals", who might be able to sponsor the care of some animals.

£30,000, for example, would be able to take care of their gorilla family including silverback Badongo and baby Amari until the end of the year.

They are also encouraging islanders to take a staycation in the island and enjoy what local tourism has to offer, including a visit to the zoo but also a stay at their glamping site.

“Every penny is helpful at this point,” Dr Dickie said.

“Last year we had our 60th anniversary and it was a really amazing year and we had some fabulous events and this year's such a contrast and we're looking at next year and we are not sure what our future is going to be if this continues.” 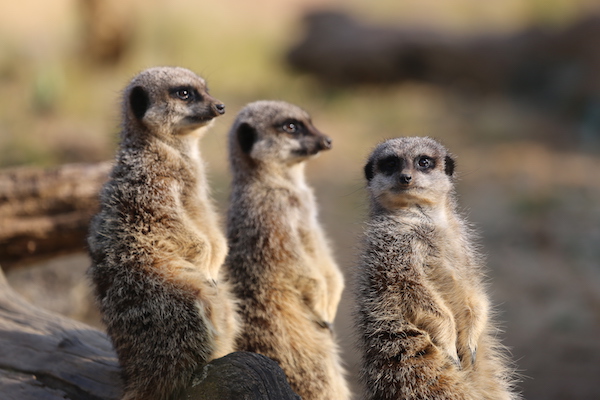 Pictured: Durrell is hoping islanders will get behind its 'Love your zoo' appeal.

“We've been working really hard over the past few years. We had a new strategy, we improved the visitor figures,” Dr Dickie added.

"Many years ago there were concerns about the zoo and it’s sustainability, but we had made the zoo entirely sustainable.

“So, it's a bit of a blow then to have something like a pandemic… which of course the work of Durrell worldwide actually mitigates pandemic risk. We're in the business of decreasing pandemic risk and yet, ironically this may be the thing that destabilises our whole work.

“If people feel they can help, we'd love to hear from them if they feel that they can make some more visits or do anything, because it would be really amazing, and really help us be stable into the future. For another 60 years I hope.”

Posted by Dave Mathews on Jun 12th, 2020
It is time the very wealthy of Jersey did something to help.
Posted by Paul Troalic on Jun 12th, 2020
There must be enough wealth in this a Island to prevent the collapse of this wonderful world renowned zoo. Come on people please if you have spare wealth then use it for your Island. Once it’s gone it’s gone. The zoo is a world beater when it comes to preserving endangered wild animals.
Please don’t let them down.
To place a comment please login Login »