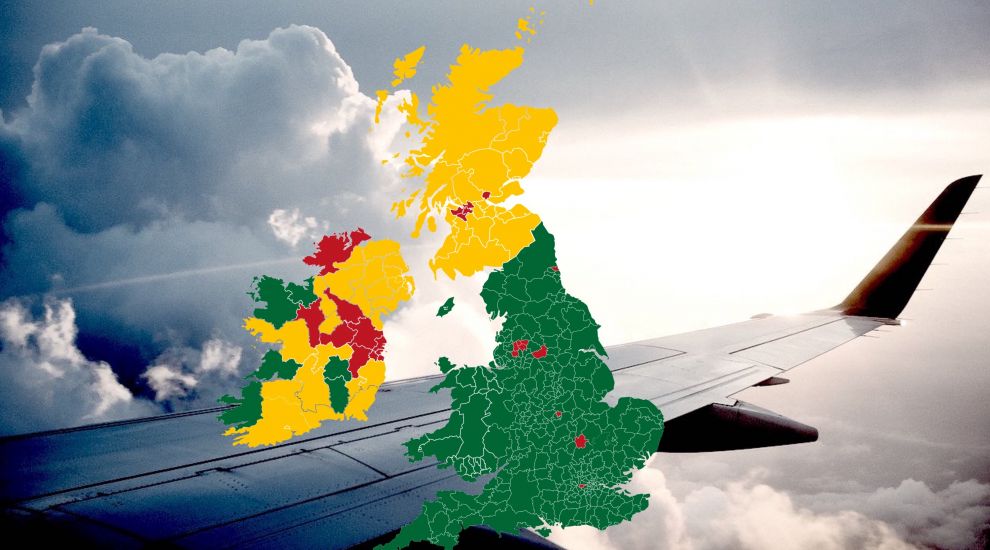 Jersey has responded to the rapid rise in covid cases in parts of the UK by categorising 15 areas as ‘red’.

From Friday, when a traffic light system for international travel resumes, most of England will be classed as ‘green’ and most of Scotland will be ‘amber’.

However, some areas where cases are high and increasing as the variant originally discovered in India (B1.617.1) spreads, have been classed as ‘red’, meaning that anyone staying a night there in the two weeks before travel, will have to isolate for ten days on arrival in Jersey.

The emergency brake classifications will be reviewed twice a week.

However, for most travellers, the news about Friday’s change is better: Majorca is considered ‘green’, meaning direct flights can start from next week.

Madeira is ‘amber’, which means that islanders returning from there will have to isolate until a Day 5 negative test, unless they have received both doses of their vaccine. 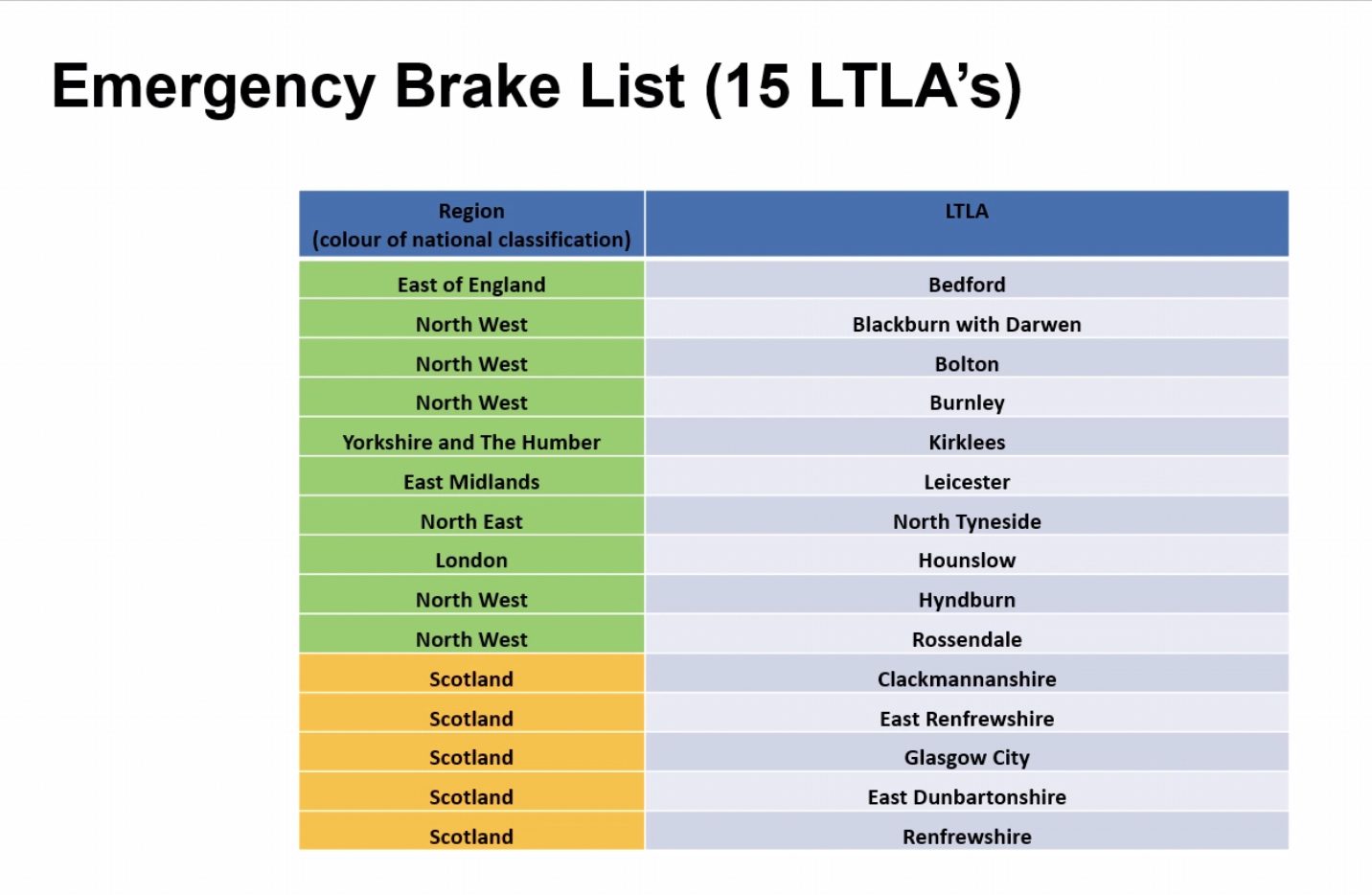 Northern Ireland is all ‘amber’, while the Republic has been broken up into regions which includes red, green and amber areas.

The new travel regime starts on Friday and will be reviewed on a weekly basis each Thursday, with any changes being introduced the following Tuesday.

The international classification will follow the UK’s traffic light system so if and when the UK changes the status of countries, Jersey will too.

However, for places that have direct connections to the island, Jersey is applying its own classifications. This includes: 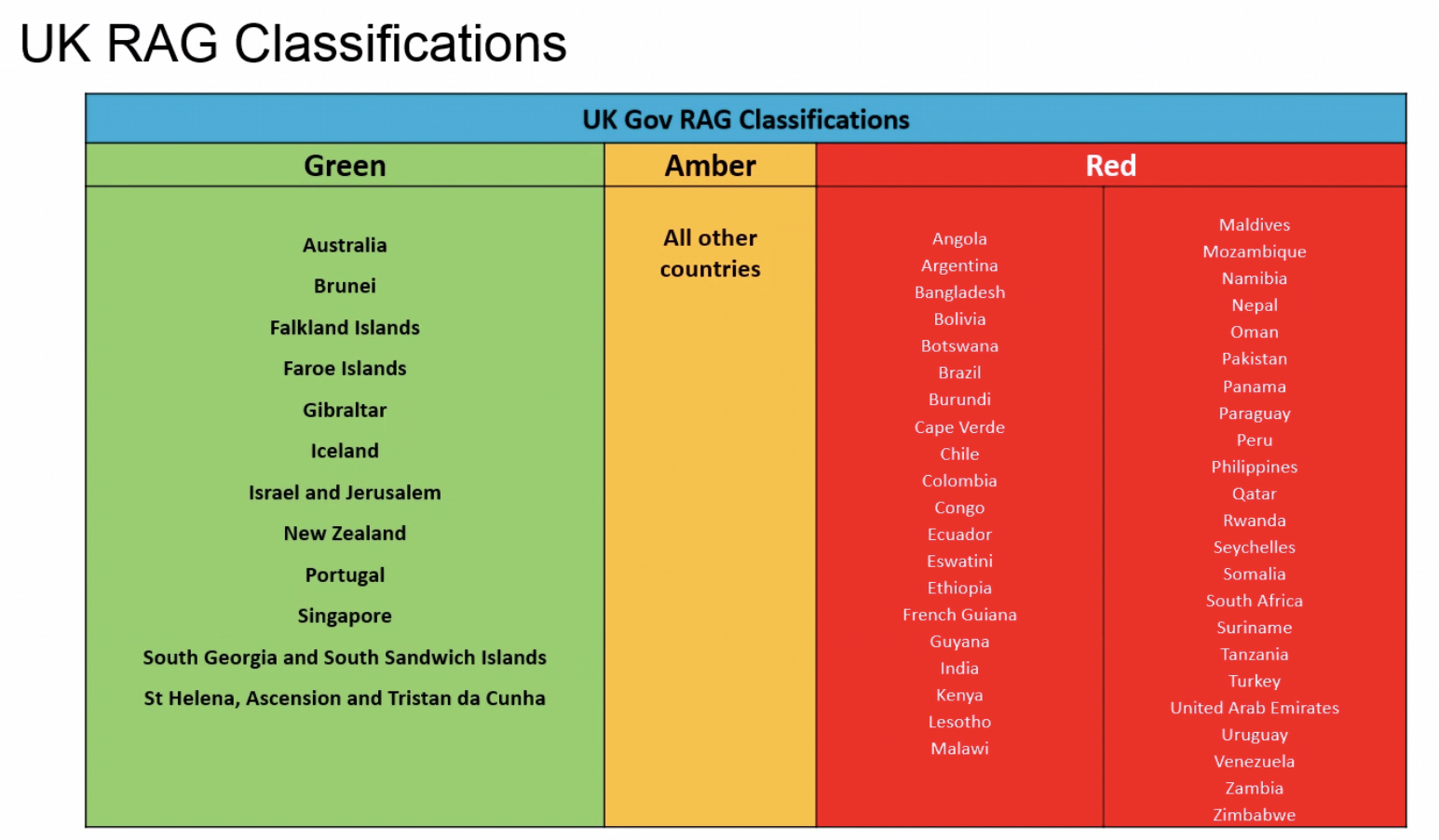 Pictured: The international traffic light regime, which will come into force on Friday. This will follow the UK system, except the countries with which the island has direction connections.

Chief Minister John Le Fondré, said: “When Ministers made the decision a couple of weeks ago to move to national classifications for the UK, infection rates were on a downward trend.

“Ministers have reviewed the options for travel classifications from 28 May with the recent emergence of the B1.617.2 variant of concern and have agreed that continuing to national classifications remains the best option.

“The decision has been made based on factors including public health risk, the excellent vaccination progress both locally and in the UK, and the short and long-term economic impact to the island.

“The revised policy will provide greater clarity and confidence for islanders and visitors, as well as supporting connectivity with the UK and other destinations over the summer months.

“Having reviewed the latest data from the UK, alongside the Minister for Health and Social Services and officers from Public Health, 15 areas of concern in the UK have been identified where the B1.617.2 variant is prominent.

“The Minister for Health and Social Services has applied the emergency brake for these lower tier areas, so they will be classified as red.” 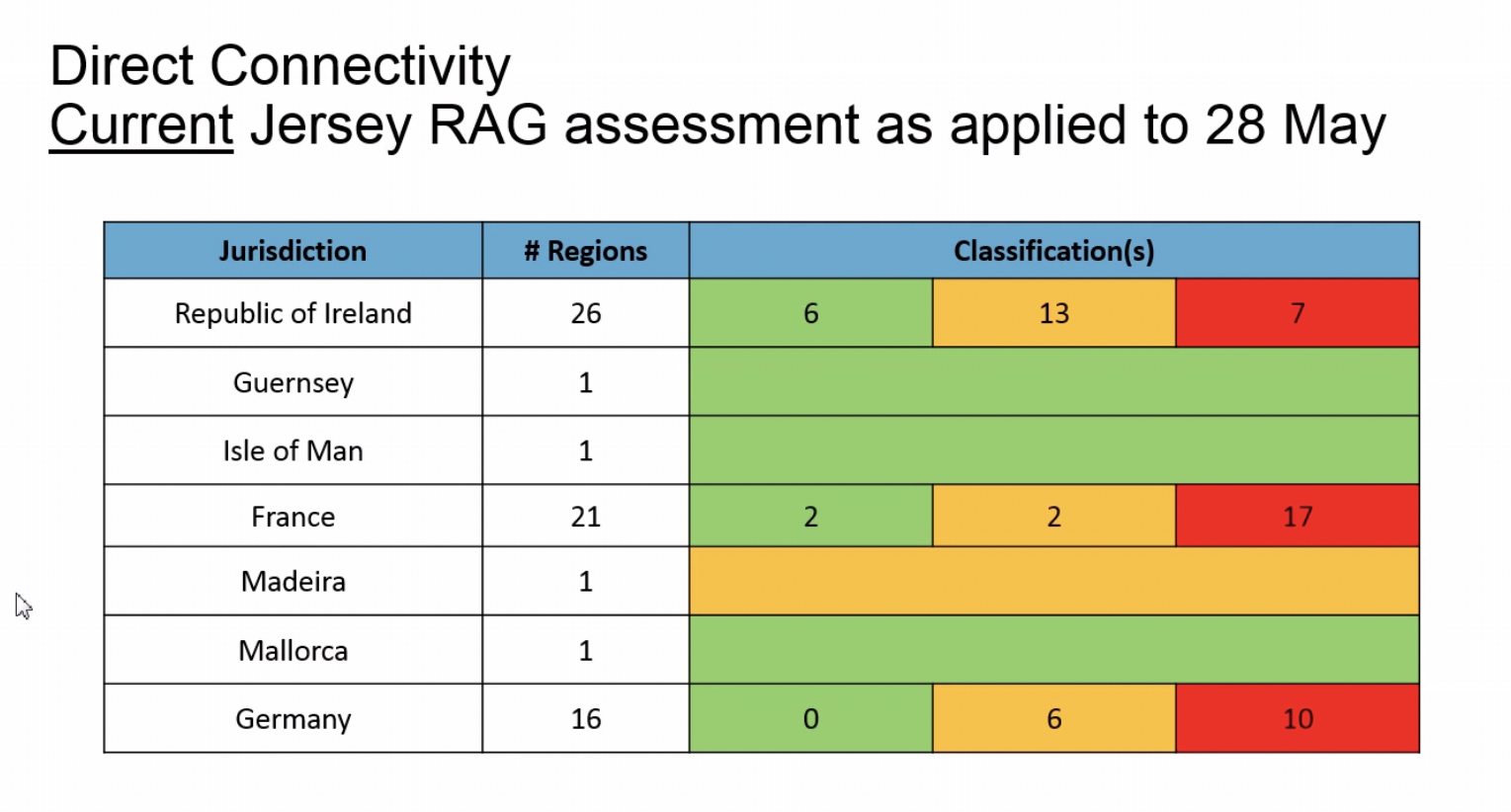 Pictured: A breakdown of countries with which Jersey has direct sea and air connections.

Travellers will still need to declare their 14-day travel history when completing their pre-departure forms.

All arriving passengers must check the up-to-date classifications of where they have stayed in the past 14 nights. The testing and isolation requirements will be based on the highest classification of all the places a passenger stayed during that period.

Senator John Le Fondré, added: “Despite Scotland and Northern Ireland being classified as amber, passengers arriving from these countries who have been fully vaccinated two weeks before travel will be allocated a ‘Green Light’ status, because of their lower risk.

“46% of island over the age of 18 are now fully vaccinated and will benefit from reduced testing and isolation requirements when returning to Jersey under the Covid Status Certification scheme.”

Islanders who are planning to night-stop in Heathrow within 14 nights of returning home are reminded to check the location of their hotel. Some Heathrow hotels are based in Hounslow, which is one of the 'red' emergency brake regions.

Islanders planning to fly direct to Majorca, however, will face no such dilemma.

Responding to the news that the Balearic island was 'green' from Friday, CI Travel Group Managing Director Robert Mackenzie said: "Following announcements by both the Government of Jersey and the Majorcan authorities this week, we are pleased to be able to confirm that direct flights from Jersey to Majorca will commence on Saturday 5 June.

"Clients travelling from Jersey will not be required to self-isolate on arrival in Majorca as long as they are not showing symptoms of coronavirus. 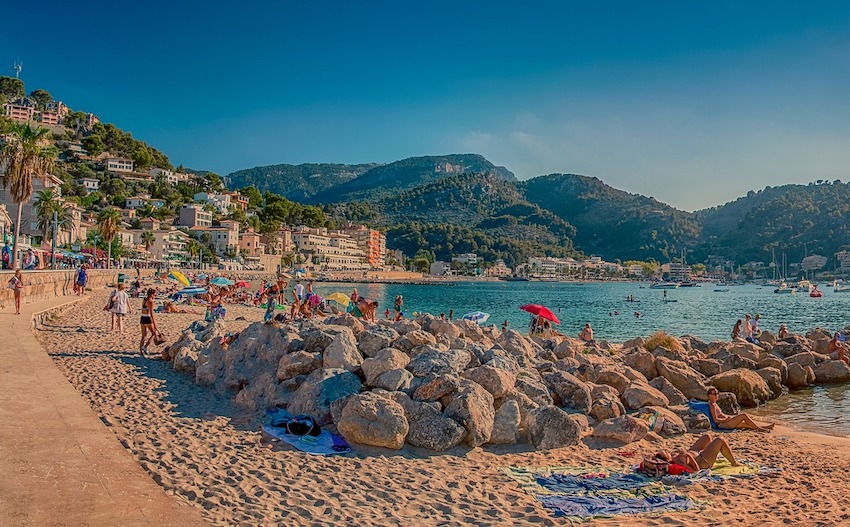 Pictured: Direct flights to Majorca resume a week on Saturday.

"They will need to complete a health form prior to arrival and undergo a temperature check and visual health assessment at Palma Airport. While in Majorca, social distancing measures and other safety precautions will need to be observed, but these are similar to those currently in place in Jersey.

"It has been a challenging 15 months for the travel industry and I would like to thank everyone who has supported FlyDirect during this time. Advance sales for our flights and holidays to Spain clearly show that many islanders are keen to get away this summer and we look forward to taking them on holiday soon."